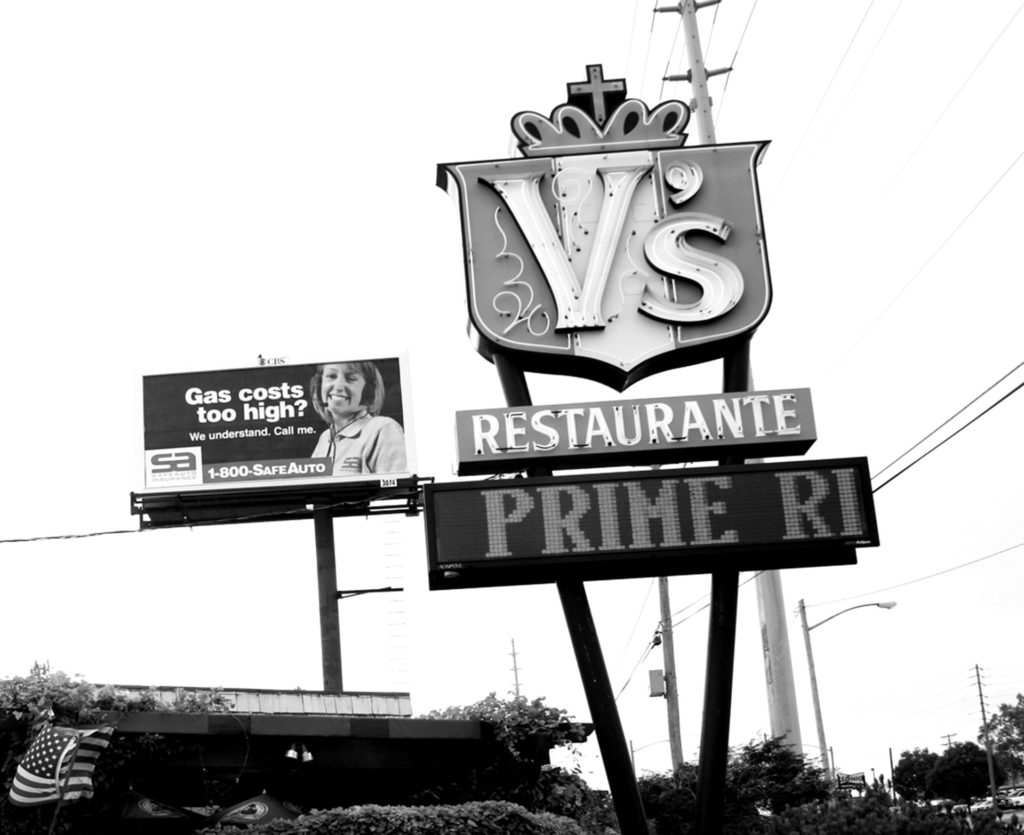 Eleven years ago, a Zagat Survey of Kansas City restaurants was quite generous: It listed mini-reviews of 419 local dining establishments. The 2000 version was much fussier, listing only 115 venues described as “our most important restaurants, from the haute to the humble.” Interestingly, V’s Italiano Ristorante in Independence made the 1997 survey but was dropped from the “most important” list three years later, even though comparable Italian restaurants such as Cascone’s made the cut — and so did tiny little Mario’s in Westport, which serves terrific meatball grinders but isn’t a traditional Italian restaurant in my book.

Back in 2000, I wouldn’t have cared whether V’s made it into Zagat. I’d never been to the restaurant, but I tended to trust my friends who lived out east. They agreed with the more critical diners quoted in the 1997 guide: V’s wasn’t all that exciting, the food wasn’t all that interesting, the place looked dated, and so on.

In fact, no one can dispute that the place looks dated — the restaurant’s eye-grabbing exterior on 40 Highway is so amazingly retro, with its huge neon sign and lush grape vines growing over its angular, Nixon-era structure, that I was always tempted to pull into the parking lot, grab a seat at the bar and eat something appropriately ’70s, like deep-fried “toasted” ravioli.

Flash forward to last month. I was driving back from God only knows where with two hungry friends, Bob and Addison. I drove right by the place, when suddenly Addison announced, “Can we please eat at V’s?” Bob looked dumbstruck. “Are you kidding?” he asked. “It’s something out of a time warp.”

That’s all I needed to hear. I made a couple of quick turns and was in the V’s parking lot, which is packed with cars, day and night. As I’ve written before, I’m always up for a bit of culinary time travel. The real force that propelled me into the dark, cozy restaurant was nostalgia. A few days earlier, I’d had my weekly conversation with my 85-year-old aunt in upstate New York. She had waxed nostalgic about certain Italian restaurants in Buffalo where she and her late husband had taken me when I was a kid. I can recall the kitschy decor of those joints — lots of naked plaster statues and plastic grapes — better than I remember the food.

“That’s because you were a problem eater. You ate all the crackers and the bread and butter before the salads even came,” Aunt Josephine told me, “and then you just picked at your dinner.”

I wish I still had that problem. But during that first meal at V’s, I not only polished off a few crackers and two slices of soft bread — Italian and a great pumpernickel — with butter, but I shared the combo appetizer plate with my friends, too.

“Sophisticated, it isn’t,” Addison said, looking down at a platter arrayed with its fried provolone, toasted ravioli, glossy artichoke dip and a fat bulb of fragrant roasted garlic, its cloves just begging to be spread on a tiny round crostini — with the thoughtfully provided cream cheese, of course.

“You want sophistication, go to Lidia’s,” I told him, stuffing a triangle of breaded cheese into my mouth.

We were sitting in a booth that had a notebook-sized plaque right above my head; I couldn’t read the engraved names on it. “Did famous people sit here?” I asked Addison.

“No,” he answered. “It’s engraved with the names of couples who got engaged in this booth.” He didn’t recognize any of the names, but he practically fell in love himself — with our server. She was a big, bubbly girl who commuted a long way to work at V’s because she just adored the place. She wasn’t the greatest waitress in the world, but she was so personable and sweet that Addison all but encouraged her to sit down and have dinner with us.

“V’s over there, sitting behind you,” she whispered. I couldn’t quite crane my neck around the booth, but I later saw a distinguished-looking woman walking out of the dining room and guessed it was the legendary Vita Totta, who started her first tiny restaurant with her husband, Jay, in 1963. Business was so good that they expanded twice; the current building was opened in 1971.

These days, Vita’s daughter and son-in-law, Mary and Greg Hunsucker, run the operation. But the menu hasn’t changed too much since the beginning. Dinners still include a salad (I love the slightly sweet house vinaigrette); bread and a choice of baked potato, spaghetti, fries or vegetable; and complimentary rum cake! I suddenly understood why this joint is always jumping.

I ordered the cannelloni Florentine. You know, with the ground veal and spinach? What our waitress brought instead was the cannelloni con frutti di mare, a pasta crepe stuffed with shrimp, “crab meat blend” (I was afraid to ask what that meant) and white fish in a silky white-wine sauce. Pretty, but bland.

And on the subject of pretty: I’m all for a nicely garnished plate, but V’s insists on using, supposedly as a visual effect, a sadly wilted lettuce leaf that is hilariously unappetizing. Bring back the orange slices!

Bob liked his chicken lemonata well enough (it’s a none-too-fancy grilled breast smothered in a lemony wine sauce), but Addison, glowing from a chilled martini, raved about his beautifully tender lamb shank, slow-roasted in a soothing sauce with lots of vegetables. “It’s fantastic,” he announced.

I passed on the frosted slice of rum cake, but Addison and Bob took a few bold bites. “It’s very sugary,” Addison said, “and not nearly rummy enough.”

A few nights later, on a Thursday, I returned to meet Franklin and Peggy. I drove into the parking lot a few minutes before 6 p.m. and had trouble finding a spot. I later learned that Thursdays are $16.50 prime rib nights at V’s. Who could pass that up? I was tempted, but our server raved about the lasagna, which I ordered instead. It was a big ol’ 16-ounce slab of layered pasta, cheese and meat sauce baked in a little metal casserole and was pretty good. OK, not as good as Aunt Josephine’s. Franklin, meanwhile, could barely finish a bowl — a small vat, really — of rich fettuccine Alfredo topped with slices of fried chicken. So I ate some of that, too.

Peggy was disappointed that there wasn’t much in the veal category besides the osso bucco; a breaded veal cutlet with sautéed mushrooms; or the classic veal Parmigiana, blanketed in tomato sauce and melted mozzarella. “It’s nice,” she said, after ordering the parmigiana. “But I wouldn’t call this one of their classic dishes.” Maybe she should have had prime rib.

For a finale, we nibbled on the less-than-intoxicating rum cake while Franklin savored every bite of an apple cobbler served in a pretty glass goblet with a big scoop of vanilla ice cream.