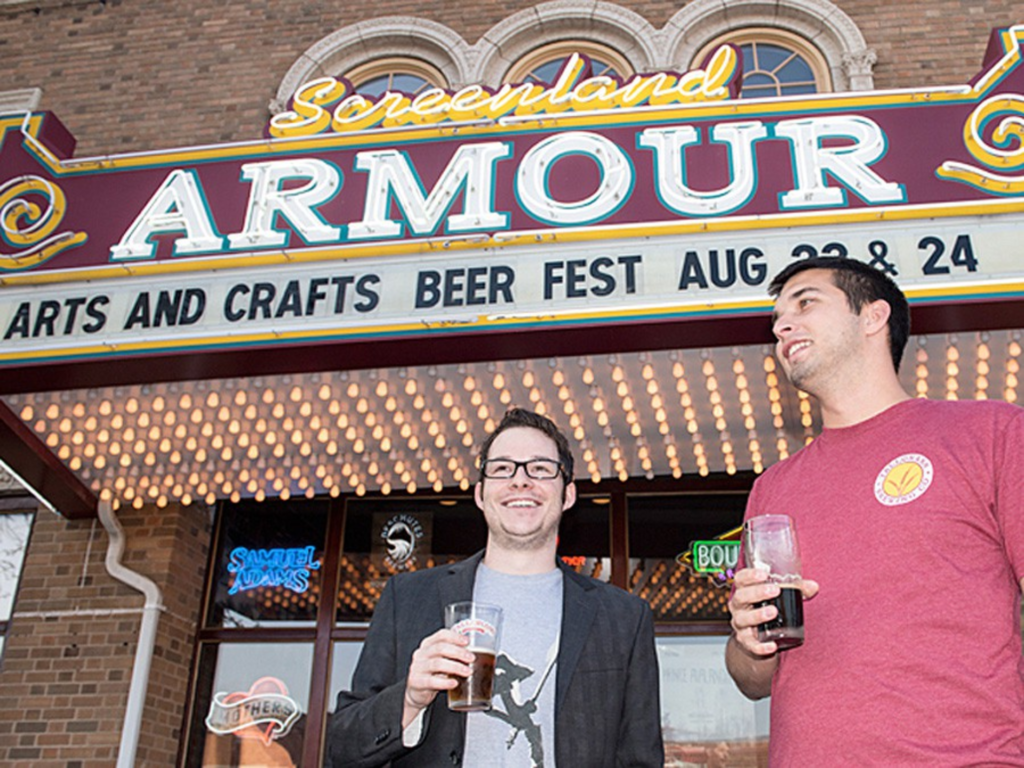 Screenland Armour’s festival of beer, music, movies, art and more beer is coming back August 21 and 22. This year, the two-day festival will focus more on the beer than ever before.

What’s on tap for the 2015 edition of Arts and Crafts? More limited-release beers. Aged beers with an emphasis on side-by-side comparison. Two days of beer festivities. And classic-rock music films.

Also, Screenland is teaming up with 4 Hands Brewing Co. to bring another craft-beer documentary to KC. They’ll also partner with the St. Louis brewery on a collaboration beer and a collaboration firkin.

Presale tickets go on sale Saturday, June 13, as part of the kickoff to Kansas City Craft Beer Week. (Those tickets are limited to 100 and cost $55 for a two-day pass.) After that, one-day passes cost $35 and two-day passes are $60.

Look for more info here and more announcements about the beers, the bands, the artists and the films to come.

Last year, The Pitch named Arts and Crafts the Best Beer Event of 2014.