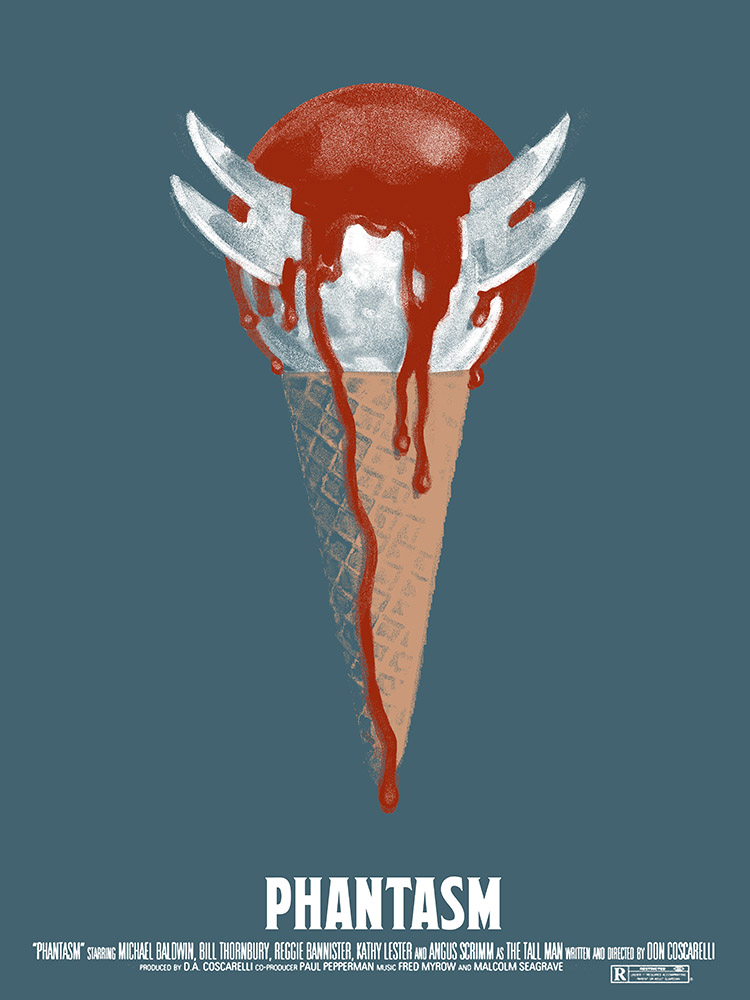 Adam Roberts loves movie posters. That’s not especially surprising, given that Roberts (and his brother-in-law, Brent Miller) run the Screenland theater franchise. But Roberts has taken his love to the next level: He’s partnering with local artists and Vahalla Studios for a series of film showings and accompanying screen prints. It starts Friday, October 7, with the remastered Phantasm (long live the Tall Man), at Screenland Armour (408 Armour Road, North Kansas City). Artist Greg Smallwood made the first poster.

“I love the limited prints of amazing movie posters that artists do,” Roberts says. “Obviously, the biggest one is Mondo, but there’s a lot of small companies that do them now, and we have one of the best screen printers in the country here in Vahalla Studios in KCK.”

Roberts is calling the series CineInk. Here’s how it works: The artists pick the films they want to illustrate. The only limitation is how many colors they can use (two to four). Vahalla does the screen printing. Each handmade poster is 18 inches by 24 inches and is numbered (up to 50) and signed by the artist.

“I assume we’re going to have a collective of 10 or 15 people that are going to rotate,” Roberts says. “My plan was to do one a month or one every other month and just feel it out, but there’s just too many cool things in October to not do two.”

Roberts says the poster releases will coincide with a re-release, anniversary, remaster or opening night. He’s setting the price at $40, including a movie ticket.

“The idea is that the artist makes most of the money,” Roberts says. “So we’re basically breaking even and hopefully giving people a cool product with the artist’s name in mind.” 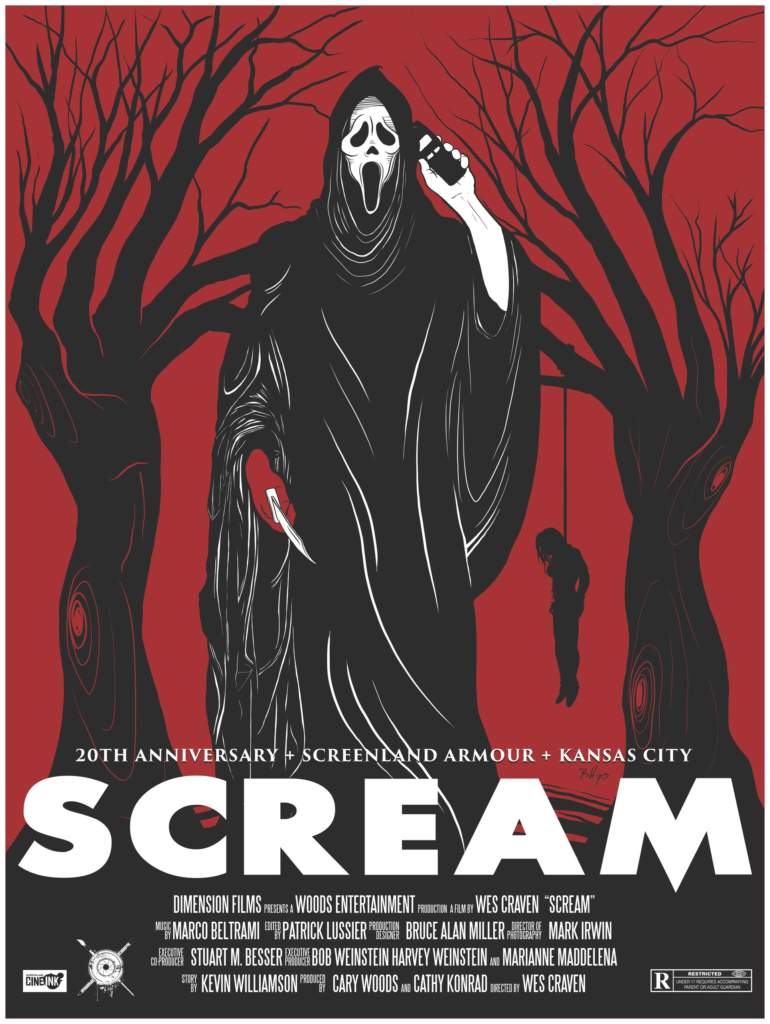 Also on the slate are a 20th-anniversary Scream poster by Robert Hoops on Wednesday, October 26, and a poster of The Shining by Smallwood. And Roberts is eyeing an officially licensed Star Wars Rogue One print, which would be part of a special Torn Label and Screenland collaboration beer release (barrel-aged Ravager white IPA) and a screening of the latest Star Wars story.

“We’re going to do six [posters] from now until the end of January,” Roberts says. “and then we’ll see how it goes from there.”

Panic Fest, scheduled for January 27-29, will also get its own screen-print release, as will Fantastic Beasts and Where to Find Them (opening in November).

Screenland has also released its Shocktober schedule. Here’s the full rundown (everything is, of course, subject to change).

October 20 A Tale of Two Sisters (free screening at Tapcade)

October 24 Night of the Living Dead (free screening at Armour)