The second-annual Panic Fest is all about weirdo fare: nerdy sci-fi, gory horror, cult thrills – and, for Screenland Armour co-owner Adam Roberts, one of the event’s masterminds, one big shock: He says he’s surprised that Panic Fest is back at all.

Roberts and Brent Miller, his brother-in-law and business partner, ran into more than a few obstacles during their first year of theater ownership. They had few industry contacts, and even they say their programming included crap they didn’t want to see.

“The first movie I ever got was that terrible Liam Neeson movie where he finds people – the second one,” Roberts says. “I immediately started different programming. I brought in seven or eight horror films.”

His taste in creature features turned out to be excellent, but Armour wasn’t reaching the genre’s KC audience. “In my mind, if you show a really good movie, everyone is going to come and see a really good movie,” he says. “The fact is, that’s not true.”

But a monthly rotation of classic horror films eventually drew the right horror hounds – among them, Jill Sixx Gevargizian (Slaughter Movie House, Call Girl) and Tim Canton (Downright Creepy). With these new allies, Armour started to book some enticing thrillers. A screening of The Shining finally sold some tickets, and Canton and Roberts – aided by Jason Chaffee, who was running the Crossroads Screenland – started thinking about a festival.

One step forward, two steps back.

Roberts still lacked a robust set of industry contacts, and the first Panic’s timing was way off. “Most of the film fests are December through March, ending with South by Southwest,” Roberts says. Armour’s was in April, a month when “no one wants to commit to showing anything.” A wish list of titles was made. Few wishes were granted.

“The first year was the worst experience,” Roberts says. “I am surprised that we even did it again because it was so awful to put together. No one gave a shit about us.”

Sometime in 2013, though, plenty of people started giving a shit about Screenland Armour. Business has improved, and more contacts have been made. And for this weekend’s second fest, Canton and Roberts were able to set the lineup (and double the number of movies) before the new year.

The retro parts of the bill include horror-exploitation deep cuts, such as Cannibal Holocaust and Dario Argento’s Deep Red, and Joss Whedon’s Serenity gets some big-screen time, too. There are features that haven’t yet come to KC, including Raze and 24 Exposures, and Slaughter Movie House hosts a stellar batch of short films Saturday. The hungry can eat a movie brunch at 11 a.m. Saturday, choosing between the spattery The Driller Killer or Mel Brooks’ Star Wars parody, Spaceballs. Also on tap: Q&As and vendors. 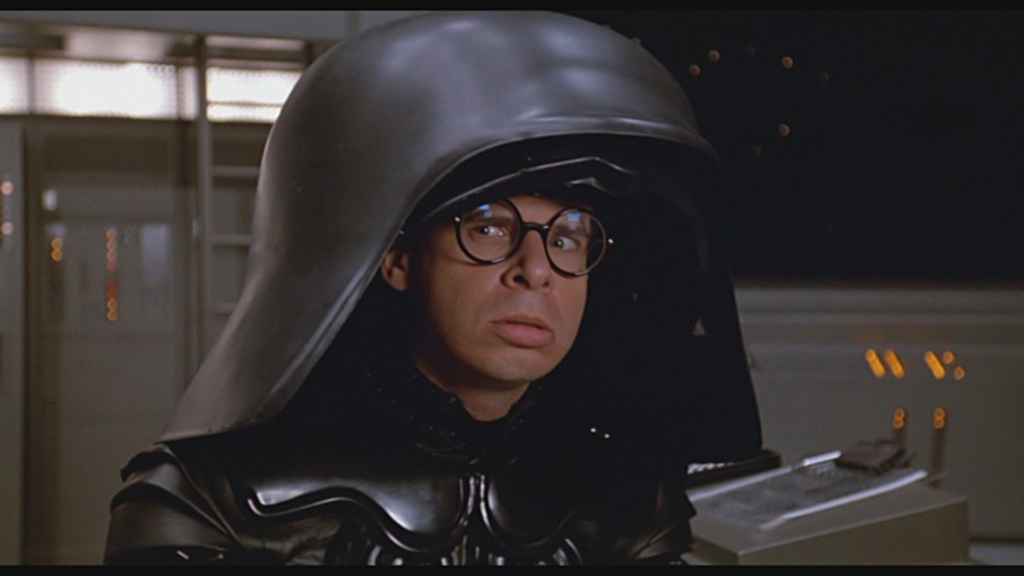 Among the local premieres this weekend is writer-director Adrián García Bogliano’s Here Comes the Devil, which puts a relatively new spin on the ol’ possession story line, and Big Bad Wolves, which adroitly straddles the line between funny and creepy – give or take some sphincter-clenching scenes of torture.

Roberts doesn’t mind a little mutilation. He says of Wolves: “Maybe I am a bit more deranged than I thought because it really had me laughing at how sadistic and ridiculous the story got – including the torture scenes. It makes absolute sense that Quentin Tarantino called it his favorite film of 2013.”

Then there’s Thanatomorphose, a Canadian-made, low-budget feast of necrosis and psychodrama. “When the director [Éric Falardeau] said he would show it at our film festival, I got giddy because the trailer promised Cronenberg meets Lynch by way of French Canadians,” Roberts says. “It definitely makes good on its promise. This is one like Cannibal Holocaust or Pinup Dolls on Ice – you want to see it with a crowd to watch people squirm. For the budget, Falardeau killed it.”

Roberts says of the fest’s overall lineup: “We actually had an overabundance,” Roberts says. “It was nice to be able to actually choose things and say no to some things.”

That doesn’t necessarily mean great movies. Better than great movies is what Panic Fest throws up on the big screen: an idiosyncratic, personal array of Roberts’ and his collaborators’ favorite flicks.

“I think it’s just probably because there’s T&A in the movies,” Roberts says of the cinema taste he developed at the dawn of puberty. “In sixth grade, I got really deep into some slasher movies. I jumped really hard into Italian horror movies.” The Argento classic Suspiria remains a touchstone: “It’s weird and horribly dubbed and has the most awesome Goblin soundtrack.” (He’s not wrong about that prog-rock act’s much-loved, much-mocked score.)

There were other stops along the way. Roberts says, “I remember watching The Wicker Man when I was, like, in eighth grade and probably didn’t understand anything that was happening, but I remember it was really nerve-racking and weird to watch. From there, I jumped to The Beyond and Zombie.”

Roberts wrote some original scripts of his own and, at 15, penned a feature, which he arranged to make for a limited budget. The project fell through, but not long after that, he met Todd Sheets and got hands-on experience on the director’s Catacombs set.

When he was 16, Roberts made a low-budget movie ($500 – $800, he says) about a flesh-eating virus. He used equipment donated by a few seasoned filmmakers he’d met by then, and at least one location was easy to get. “I covered my mom’s basement in blood,” he says.