Screen Stealers: Maybe more Blade Runner, more Larry David and more Stranger Things can make up for a lesser summer — if they live up to hype 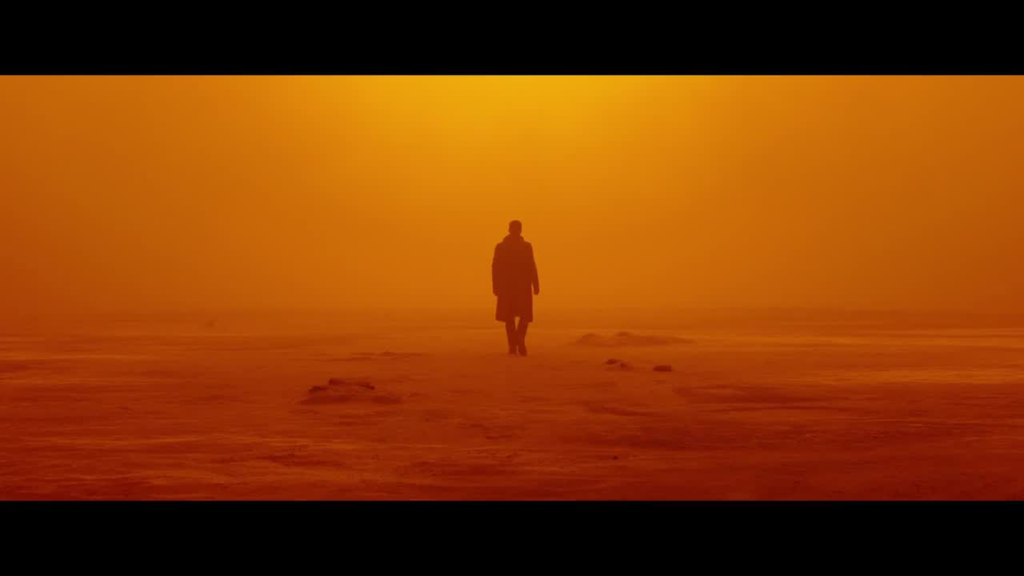 Anyone else thrilled that summer is over? Glad to leave behind three months of sequel after failed franchise after lame formula? Yes, we got Baby Driver, Dunkirk and Good Time, galvanizing formal challenges that also exerted commercial appeal. But inspiration stayed at low tide all season.

Will fall bring more adventurous filmmaking? Will weeks of doldrums give way to movies and TV and streaming content worth shouting (favorably) about? Gotta hope — starting with the titles below. (But if all else fails, I can at least catch up with The Big Sick and War for the Planet of the Apes, well-liked movies I missed.)

Until this country legalizes cocaine, Netflix’s Narcos will always have, at least in theory, plenty of storytelling opportunity. Seasons 1 and 2 chronicled the rise and fall of drug kingpin Pablo Escobar (played by an enigmatic Wagner Moura) and the Medellin cartel. Season 3 shifts its focus to the continued rise of Colombia’s Cali cartel. Moura’s Escobar was a temperamental momma’s boy, and a huge part of what made Narcos addictive, so I’m eager to see how the new Cali players change the tone (and if the new DEA agents are any less tedious than the last ones).

The double-episode opener of ABC’s third Marvel spinoff series, Inhumans, debuts not on TV but in IMAX theaters (for two weeks, starting September 1). Of course, you can always hold out for its free-TV debut, on September 29. Early reports about the show, which stars Hell on Wheels’ Anson Mount, are unpromising, but you have to almost respect the moxie of the IMAX play.

Likewise, I’m wary of even mentioning the new Stephen King adaptation, It. The talented Cary Fukunaga (the first season of True Detective, Beasts of No Nation) left the project, complaining that the studio, New Line, hadn’t granted him enough creative control. The final product may earn its R rating with truly scary violence, but you have to prepare for the likelihood that this It will be a by-the-numbers trip to clown college.

This summer, Twin Peaks: The Return and Top of the Lake: China Girl became the first two TV shows to premiere at Cannes, further erasing the traditional lines between movies and TV. Jane Campion (The Piano) created the latter, which, in its first season (2013), used a murder mystery to explore issues of modern femininity and stars Elisabeth Moss as an Australian detective. The second season adds Nicole Kidman and Gwendoline Christie (Brienne of Tarth on Game of Thrones) and has already been met with nearly universal acclaim. Its U.S. premiere is September 10 on SundanceTV, with each of its six episodes appearing on Hulu one day after the Sundance broadcast.

Much secrecy surrounds the plot of Darren Aronofsky’s long-awaited Mother! I’m inclined to honor it; I don’t really want to know anything about it before I line up to see it, come September 15. Of course, that might be a short queue. The director last tried to meld his distinctive brand of weirdness with studio-picture tropes on his 2014 biblical misfire, Noah. This looks like a return to the psychological horror that served him well in Black Swan and Requiem for a Dream. That’s enough for me right there. If you need more, I’ll mention that Jennifer Lawrence, Javier Bardem, Ed Harris and Michelle Pfeiffer are in the cast.

The reality-based prank satire Nathan for You has gone from low-rated Comedy Central show to highbrow cult object. Why? Because it deconstructs and viciously parodies the conventions and formulas of not just reality TV but also comedy. On September 21, Comedy Central runs an hourlong special called Nathan for You: A Celebration, in which deadpan host Nathan Fielder checks back in with past guests. One week later, Season 4 begins, and you can see him take on Uber and reconnect with a lost love.

Also this month: Kingsman: The Golden Circle opens September 22, adding Jeff Bridges and Channing Tatum. CBS is premiering its long-delayed Star Trek: Discovery reboot on September 24, but beams subsequent episodes exclusively to the CBS All Access streaming service. Doug Liman directed Edge of Tomorrow, the best non-franchise Tom Cruise movie in some time, so there’s reason to be hopeful about the duo’s reunion, American Made, the bizarre true story of a TWA-pilot-turned-CIA-operative who also worked for the Medellin drug cartel. That opens September 29. 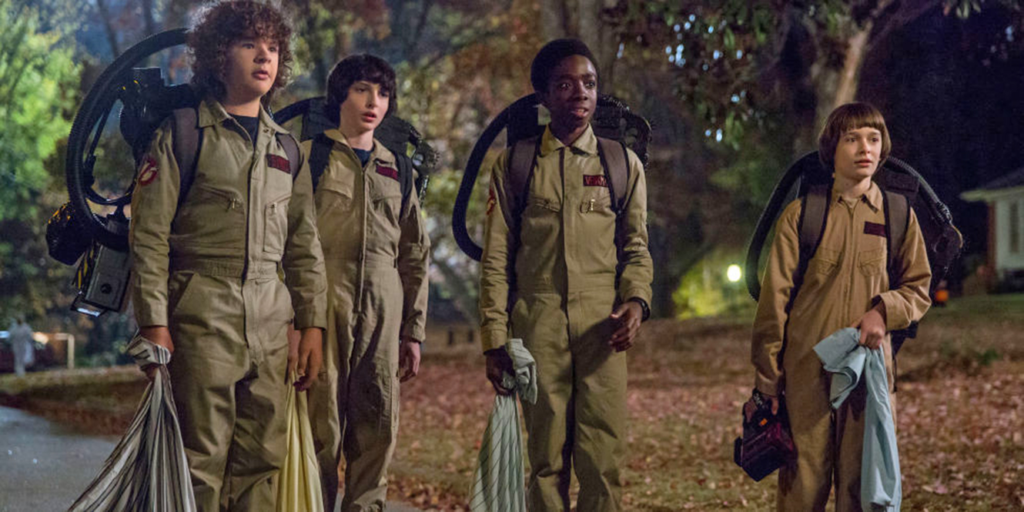 On October 2, Fox debuts an X-Men-universe series called The Gifted. Here’s the scoop: Matt Nix from trashy-fun Burn Notice is in charge, and longtime X-Men film director Bryan Singer helms the first episode. Amy Acker (Angel) and Stephen Moyer (True Blood) are parents who go on the run when they find out their kids have mutant powers. FX’s Legion proved that there’s plenty of room for experimentation in this world, but this might be more YA than truly X.

OK, I’ll admit it: I am way too pumped for Blade Runner 2049 (October 6). The Catch-22 here is that a worthy successor to Ridley Scott’s noir-ish 1982 original should by rights be a box-office flop. Recall that, for all its visionary art direction, Scott’s film unfolds at a glacial pace, leaving plenty of time for reflection on what it means to be human. The “action” scenes, if you can even call them that, are few and far between, and the “hero” is emotionally stunted and sort of bumbling. If the new movie mines similar territory, it will be way too slow and heady for modern audiences. But that seems unlikely, given the triple threat of director Denis Villeneuve (Arrival), cinematographer Roger Deakins and screenwriter Hampton Fancher, who wrote the original.

Hollywood’s reflexivity is on full display with the latest David Fincher project (following House of Cards) to come to Netflix. Mindhunter is based on the real-life work of the FBI’s John Douglas, who pioneered the practice of criminal profiling, and who served as the inspiration for the character of Jack Crawford from Thomas Harris’ Hannibal novels. The series is set in 1979, and Fincher directs the first episode. The entire series drops October 13, and it’s already been renewed for a second season.

In 2008, Swedish TV veteran Tomas Alfredson directed Let the Right One In, the best horror film of the past decade. Since then, he’s made only two movies. First came 2011’s handsome, stylish, inert Tinker Tailor Soldier Spy. Now, on October 20, comes The Snowman, a serial-killer thriller from which we can expect spare camera framework, meticulous design and copious psychological wreckage. Michael Fassbender plays detective Harry Hole (not pronounced as Americans would say it; he’s the star of nearly a dozen Jo Nesbø novels), and the movie — which Martin Scorsese was once scheduled to make — was shot on location Norway. So: emotional ice and actual ice.

At last, on October 27, we have Season 2 of Stranger Things. But before you binge the whole thing, go see The Killing of a Sacred Deer, from the twisted mind of Yorgos Lanthimos, which is also out today. Last year, The Lobster, which Lanthimos wrote and directed, explicated the pain of loneliness like nothing before it, and the adventurous black comedy earned he and co-writer Efthymis Filippou a Best Screenplay Oscar nomination. The Killing of a Sacred Deer earned the duo a Best Screenplay win at Cannes this year. The Lobster’s Colin Farrell is back, this time as a surgeon who falls under the influence of a sinister teenage boy. Nicole Kidman plays his wife.

Also out October 27 is 1950s-set dark comedy Suburbicon, with Matt Damon and Julianne Moore as victims of a home invasion. The director is George Clooney, working from a screenplay that Joel and Ethan Coen wrote in 1986, following the brothers’ first movie, Blood Simple.

Let it be known that the sole reason Thor: Ragnarok (November 3) promises to be different from standard Marvel fare is director Taika Waititi. With the dysfunctional family comedy Hunt for the Wilderpeople and the vampire mockumentary What We Do in the Shadows, he has demonstrated a unique comic voice. And the Thor short Waititi made last year (in which the Norse god gets a normal roommate and an office job) shows that he’s ready to bring something special to a rote genre. Oh, and he managed to cast Cate Blanchett, too.

Netflix’s original series Alias Grace also arrives November 3, with a serious pedigree. It’s based on a novel by Margaret Atwood (The Handmaid’s Tale), written by Sarah Polley (Stories We Tell) and directed by Mary Harron (American Psycho). It involves a double murder.

Kenneth Branagh directs the star-studded Murder on the Orient Express, which — despite the fact that it’s the fourth adaptation of the 1934 Agatha Christie novel — may seem like a breath of fresh air in today’s CGI-heavy blockbuster environment. Branagh, also playing Christie’s beloved Belgian detective, Hercule Poirot, knows from snappy, dialogue-heavy entertainment, so I’m holding out hope for this one. Also on the train November 10: Willem Dafoe, Judi Dench, Penelope Cruz, Johnny Depp and Daisy Ridley.

I’m a sucker for a goofy time-travel yarn, so I’ll give the new comedy series Future Man, directed by Seth Rogen and Evan Goldberg, a chance when it starts November 14 on Hulu. Josh Hutcherson (The Hunger Games) plays a janitor and gamer who must save the world when futuristic visitors tell him he’s the key to humanity’s survival. Glenne Headly (Dirty Rotten Scoundrels), who played Hutcherson’s ever-supportive mother on the show, died during filming, but her character remains.

My last movie stop before turkey day happens November 17, when I show up to see the Avengers-style DC teamup Justice League, and I wonder how thankful I’ll be when it’s over. The film is already notorious for its production problems, and it’s said to be the last we’ll see of Batfleck. But The Avengers’ very own writer-director, Joss Whedon — having already rewritten the script — ended up directing two months of reshoots and overseeing a long, expensive postproduction. So my curiosity is just too much: How will original director Zack Snyder’s pretentious, self-consciously humorless “technique” mesh — or fail to — with smart-ass Whedon’s light touch? Once again this year, it’ll probably all be up to Wonder Woman.