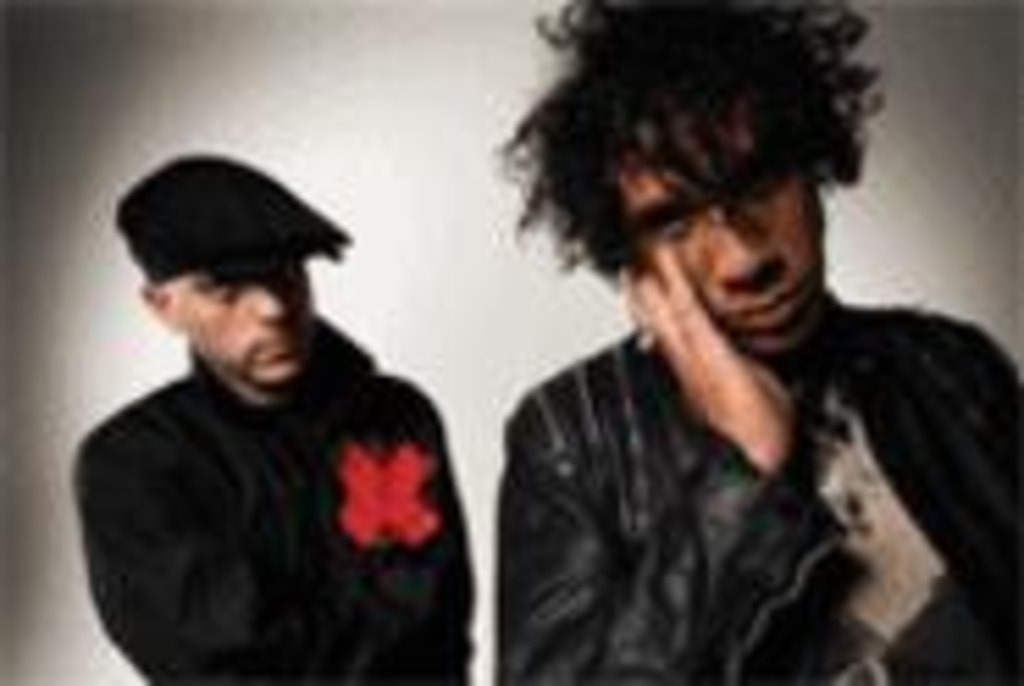 She Wants Revenge‘s Justin Warfield and Adam Bravin have been on the music scene for more than a decade. The Los Angeles DJs and producers had crossed paths many times, but only recently did they find a way to turn their love of American soul, break-dancing records and ’80s music into a tense, percolating amalgam of guitars, beats and electronics that’s as desperate as it is danceable — instantly familiar yet thoroughly unique.

“It was all leading up to this moment,” Warfield says. “As kids from a hip-hop background, we can finally make the kinds of beats we want. We can reflect and represent our emotions and make fun music that’s also heartfelt and passionate. We kind of found the perfect outlet for us as musicians.”

That outlet has produced the first must-have album of 2006. On first listen to She Wants Revenge, you’ll hear the obvious influences: Psychedelic Furs, Joy Division and Ultravox, for example. Critics also have spotted Sisters of Mercy, Yaz and David Bowie lurking between the bars. Warfield acknowledges these touchstones, but he also insists that they’re only part of the story.

“I’m more influenced by Chet Baker than Ian Curtis,” he says. “The fact that we grew up on Depeche Mode, Bauhaus and Prince is all periphery. When we were making this record, we referenced people like Giorgio Moroder. We kept saying, ‘Why isn’t anybody making records that make us feel like the score from fucking Scarface? Why isn’t anybody making us feel like that Tangerine Dream piece from Risky Business or Vangelis’ theme from Blade Runner?'”

Warfield has a decidedly British vocal style — surprising from a 32-year-old rapper from the San Fernando Valley — but he insists that this is unintentional. “The idea was just to be emotionless and to allow the intensity to come from the words,” he says. “I really wanted a Rakim-type delivery.”

Despite the stew of influences, She Wants Revenge has a cohesive aesthetic that pervades not only the lyrics and music but also the band’s personal style and videos — including the forthcoming clip for “Tear You Apart,” directed by Joaquin Phoenix. For Warfield and Bravin, there is a unifying theme to She Wants Revenge’s holistic creative expression.

“For the life of the band,” Warfield explains, “the themes are going to be based on interpersonal dynamics and minutiae.” In other words, the she in She Wants Revenge wants to be admired from afar. She wants to dance languidly with a cigarette dangling from her lips. She wants you to touch her but not to talk. And sometimes, she wants to smack you in the mouth.

“It’s always going to be about male-female shit,” Warfield concludes, “and not in an ‘I love you’ way.”