Scout Gillett on her musical journey from KC to NYC 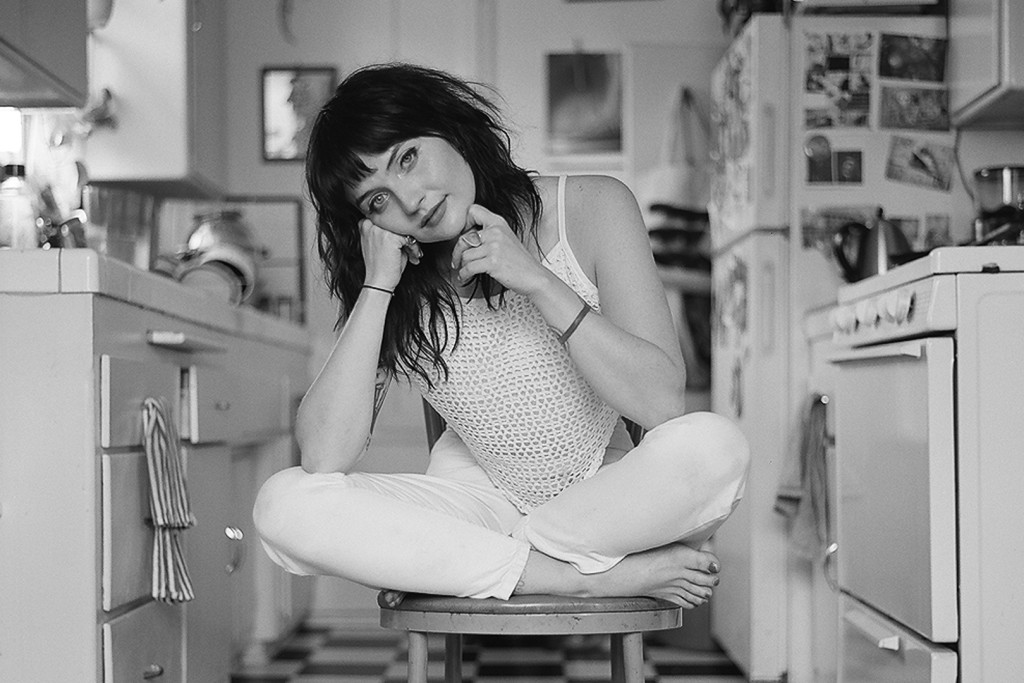 At the end of October, musician Scout Gillett released her debut album no roof no floor on Captured Tracks. Currently living in Brooklyn but originally from Kansas City, Gillett’s music is alternately moody and dreamy, much like that of her mentor, Sharon Van Etten. Born out of tragedy but defiantly fighting free of it, Gillett’s songs seek the light at the end of the tunnel while openly acknowledging the darkness.

Ahead of her hometown show at recordBar this Thursday, Nov. 17, we spoke with Scout Gillett about the move from KC to NYC, creating no roof no floor, and more.

The Pitch: Over the last five years or so, you’ve really had some folks in your corner as far as your music goes—Sharon Van Etten, the folks from Palehound, and so on. Has that helped you get through what seemed to be some really difficult times in your life?

Scout Gillett: Totally. The Sharon Van Etten connection is a big part of my story and how I got here in New York. I was going to college at the University of Central Missouri for music, and I saw a live video of her playing on Pickathon in 2013. I had always been musical my whole life. I played piano and sang, but I had never played guitar or really taken the initiative to teach myself, and watching that video really inspired me to start playing on my own.

I started by learning her songs. A year and a half after that, I started writing my own material, and I reached out to her over Instagram and sent her a demo. She responded and said, “This is gorgeous. If you ever come to New York, let’s get lunch.” I was going through a lot of changes in Kansas City. I had dropped out of college and spent a year in the city trying to find my voice in my songs, and just a lot of unfortunate circumstances happened, and it wasn’t really feeling like I could do what I wanted to do in Kansas City, so I got a plane ticket and came to New York and met up with Sharon and shared my story with her.

I guess she just saw that I was a really hard worker and really driven, and she said, “New York’s gonna give you hell, but I think you can handle it. You should move here.” I moved to New York in four months, not knowing anyone.

Moving to New York is usually a plan that’s a long time in the making for folks, but you really figured out a way to make it work as quickly as possible.

I just took a big risk. I came to New York with only $1100, and I got a job at a coffee shop the next day. I am really fortunate that in my time in Kansas City and growing up in Independence, I’ve worked since I was 15 and had a resume and a lot of experience, and that really helped me. I felt like I just had to do it and take the risk and cross my fingers, and yeah, I did not wait.

Did New York give you hell?

Oh my gosh. Yes. The first two and a half years here were just, “I’m just so happy to even be alive and be here still in New York.” I went through a lot of changes with friend groups trying to find who was in my community and who was trying to do the same thing. That was really different from my experience in Kansas City, just growing up and knowing everyone and having your people in your corner all the time. That was hard.

The first person that I started to date in New York actually died of an accidental fentanyl overdose. I had no idea, and that was really hard to get through. I somehow conquered it. It took a minute for me to find myself and get back on my feet, but it changed my life and the way that I went after my dreams. I started my booking company, Road Dog Booking. I started touring as much as possible.

I just felt the fragility of life. The person I was dating—it was their dream to tour and play music. They were a phenomenal musician, and I just carried their dreams with me, and I know that they would want that for me, as well. It was the hardest thing that I went through in New York and could have easily sent me back home to Kansas City, but somehow I just mustered up the strength.

Luckily, at that time, I had started finding community in my friend group and my bandmates in New York, so I did have that support. I wasn’t completely alone at all.

When you find out that a loved one struggles with addiction, it can really make you doubt yourself and your judgment. It’s impressive that you were able to rise above that and turn it into energy to direct somewhere else.

Definitely, after that, I also got involved with Narcan training. Working with nonprofits—that’s a big passion of mine, as well—and just spreading awareness on the fact that you don’t even have to be an addict. I’m over a year sober, as well. I’ve just really changed my life and changed my direction and how I want to walk in this world, influence others, and be as real as I can be.

Being on Captured Tracks is a perfect fit for you, given that the label has this sonic aesthetic. This album, no roof no floor, is so impressive because it’s quiet and it’s contemplative, but there’s a low end and a groove to it that wasn’t expected.

Nice. Yeah, I think it does fit with Captured Tracks’ roster. They saw that my songs were attentive, complex, and real, but there is this rock ‘n’ roll drive and grit. There’s a ’70s alt-country feel to it as well. I like that after people see me live, they’re like, “I’m not sure what genre to put this under.” Then I’m like, “Amazing! I’ve succeeded.”

I’m diving into finding my own sound and my own world because my influences are so wide, and there are so many things that influence me that I don’t wanna just be an indie rock artist or a songwriter or anything like that. I know that I fit those veins, but it’s so much more.

Did these songs change when you went up to record them? Working with other folks—how did that shape them on the album versus how you brought them into the studio?

They definitely changed a lot. We had a session in February 2020 with the band that I was playing live with. Those songs stayed pretty true to how they were before, but then there was the pandemic, and it took a long time to figure out when we could go back. By that time, my band had moved out. Some went back home to L.A.

Then, Nick Kinsey, the producer of the record, who also runs the Chicken Shack—he recorded the album, messaged me, and said, “You know, I have some session players that would be interested in playing on the record. Let’s get this going again.” It changed the songs a lot because they had no band behind them before, so we really got to intensively listen to the songs and just watch them explode.

None of the musicians had played together since the pandemic had started, so it was very explosive and amazing, and so fun because all of us had just been playing by ourselves on Instagram Live. It was really, really special—especially “hush, stay quiet.” I think that’s my favorite song on the record, at least right now, just because of how atmospheric, ambient, and powerful it is. 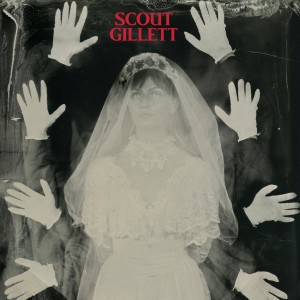 You alluded to this earlier, but what is the process of getting ready to go out on the road like, and how are you feeling before you head out?

Well, the process for me is a little crazy ’cause I have been booking all of my own tours for the last five years, except for this upcoming one. It takes a lot of preparation and isolation. I work really, really hard on booking shows, and when I wake up before I work my day job, I book all morning, and I book at night.

Leading up to it, after all the work’s done, I’m really excited. I love being on the road. I thrive on being on the road, and I get a little nervous. It’s just crazy just getting everything figured out—the gear, what kind of rental car, how long, counting all of the merch, and estimating the room sizes. It takes a lot of preparation, and it sometimes gives me almost, like, vertigo because there’s so much going on in my mind.

Once I get on the road, it’s a huge relief after we load into the first venue, and I’m like, “Okay, now I’m just here to play.” Every day I get to learn from each show. I get to read the room. I get to have the next day to meditate on what that show meant to me and how I wanna change it for the next show. I always grow so much on each tour and feel like I change a lot.

Are you excited to be back in Kansas City on this tour?

Can’t wait. I love Kansas City. Since I moved to New York—the first two and a half years, when I went back to Kansas City, it was only in passing. To be honest, I still hadn’t really given myself a chance to really fall back in love with Kansas City. It was nice to see friends and family, but it was just so short that I wasn’t appreciating it much. Then, this last June, I went back for my mom’s birthday, and I had the most Kansas City experience.

I didn’t play any shows. I didn’t book any kind of thing. I was just home. I went on a back road motorcycle ride, trespassed, and threw rocks in the river while the train was passing by. I went to the Kansas City Jazz Museum. I just rediscovered my love for Missouri and KC and how it’s shaped me and the musician that I am. The grit, drive, and independence—I feel like I really owe it all to my roots.

Scout Gillett’s no roof no floor is out now via Captured Tracks. She plays the recordBar on Thursday, Nov. 17, with The Whiffs, Blanky, and Magic Marty. Details on that show here.