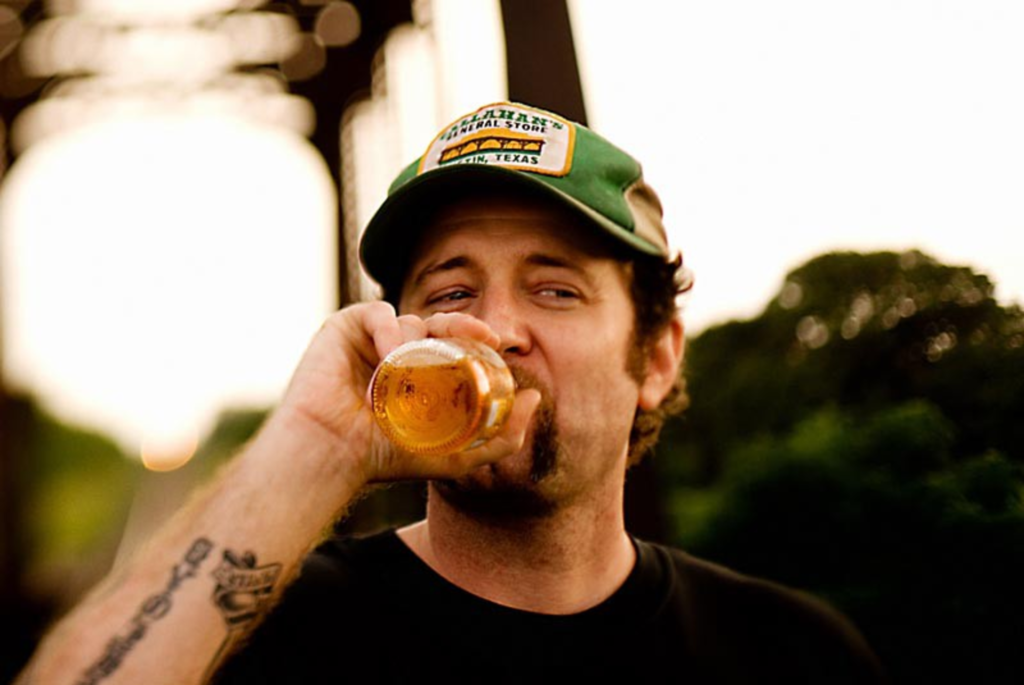 In 2003, Scott H. Biram was involved in a head-on collision with an 18-wheeler that left his truck looking like a wadded-up gum wrapper. A month later, he was back onstage in a wheelchair, an IV dangling from his arm, delivering his inimitable brand of blues- and country-inflected punk. The guy is unstoppable.

Lately, Biram has been touring as a one-man band. We caught up with him last month, fresh from a European tour and in the process of finishing up his sixth studio album.

The Pitch: What were the origins of the one-man-band thing?

Biram: All my bands broke up, and I needed the money. I wanted to keep touring and I didn’t want to keep washing dishes. Even though I have a degree, I was still cooking and washing dishes. Fuck that shit. So I just kept on booking the places I had been before with my band and kept taking any gigs I could get.

You ever think about putting a full band together again?

Yeah, but then I remember what a pain in the ass it is, and that then I have to split the money.

The last album, Something’s Wrong/Lost Forever, sounds like it came at a pretty dark time for you.

During the whole writing process and recording of that album, I was on a bunch of antidepressants and anti-anxiety medicine, going through the equivalent of a divorce, and a bunch of other shit. I had a girlfriend living with me the entire time I was recording that, so having a little privacy and being able to record when I wanted to was difficult. I had to deal with blow-dryers and washing machines going off all the time.

What’s up with the new album? You’ve released only one album in the past five years after being pretty prolific for the first half of the ’00s.

I play 250 shows a year, so it’s kind of hard to get into the studio all the time. But, yeah, I’m not procrastinating. I just got home from Europe on Sunday night and I started recording Monday morning. I get into the studio pretty much as often as I can. But also, the songs have to come. I’m not going to rush out a bunch of crap just to put a record out. I have about seven songs at this point and I need four or five more. Management and the label want me to finish by June 1, but if it sounds rushed, I’m not going to give it to them. I should also mention I recorded a song with Shooter Jennings that’s coming out on his next record. He sent me the files, and I added my verse on there and sent it back to him, and he loves it. It’s a Steve Young song, and I think it’s pretty cool.

I read a little while back that you were depressed and jaded. How are you feeling these days?

I’m not burnt out, just kind of sick of all the shit that’s always happening. I guess once you’ve had your body broken into a bunch of pieces, and then still continue to slip and fall and break your leg again and have another rod put in there, it’s like, c’mon man. I had the insurance company call me today about my van because somebody crashed into the back of it when it was parked the other day. That’s happened twice now. I’ve just been hitting some strings of bad luck is all. But whatever. I think it’s like that for everybody. I just take it more personally.

What’s the story about you getting naked in Atlanta at the Star Bar?

That was a couple years ago, back in my whiskey days. Someone yelled, ‘Take it off,’ and so I did.

You still smoking a little weed?

Yeah, but I’m no stoner. I don’t do it every day or anything. But late at night with a movie, it’s pretty cool. And you know, a long drive sure goes down easier when you have some Black Sabbath and weed.