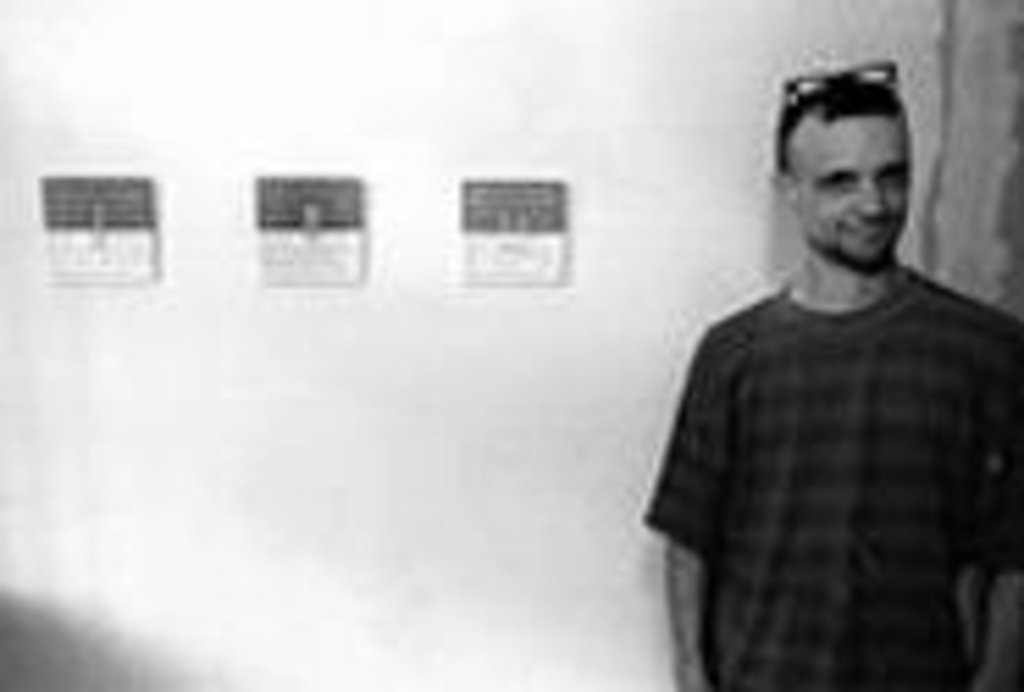 The transformation has been slow for Tim Brown, owner of the Telephone Booth art gallery. In 1998, Brown opened a door in the hallway of the Dolphin Gallery, showing local artwork in what was essentially a closet space. “I knew that 500 people walked through that hallway in a night, and I figured, well, I’ll open the door and get two or three.” In 2000, he moved the Telephone Booth to a slightly bigger space next to YJs on West 18th Street. His new location, 3319 Troost, is nowhere near the gallery district.

The new space lingers in the fixer-upper stage even with its first show on display. The floors remain unfinished, and rubble is piled up in the back yard. While the skeleton of a bathroom is visible, its walls are not yet finished (although, Brown proudly notes, “I got a really nice used toilet”). With yellow and green paint, the front window continues to advertise the long-closed Jewel’s Salon. Brown might leave that up for a while. “I think I’m going to let it slowly deteriorate,” he says. “I just like it too much to take it off.”

But the front room is clean and ready to go. Jay Norton’s colorful paintings — which combine simple images with cryptic text on recycled surfaces such as plywood and old sawblades — line the walls. The self-taught Norton “just puts things together,” Brown says. “One of these paintings is on kitchen shelves that are still covered in contact paper from probably 1972.”

The back room, which Brown hopes to transform into a space for what he hesitates to call a permanent collection, still needs work.

“It’s just stuff that I’ve acquired over the years, stuff I’d be less inclined to sell,” he says. In addition to housing this collection, the room will provide a place for visitors to leaf through a flat file of work by local artists.

Brown also rehabs old Vespa scooters. A white model with blue-and-green trim is squeezed into one corner, and an orange scooter with wires poking out is turned upside-down up near the front. (It’s functioning as a plant stand for the moment.) The cash Brown collects from fixing up old scooters supports him in his fledgling endeavors as a gallery owner, and he hopes to have everything perfectly in place by November.

When he describes what he’s looking for in artists, Brown inadvertently reveals a lot about what he’s really trying to accomplish. “I generally like to get artists who are involved in a process that’s making sense to them,” he says. “You can tell when it’s honest and organic like that.”

If it’s all about process, then the unfinished walls and the dirty floors, the fading Jewel’s Salon sign and the Vespa-scooter-plant-stands are part of the art.