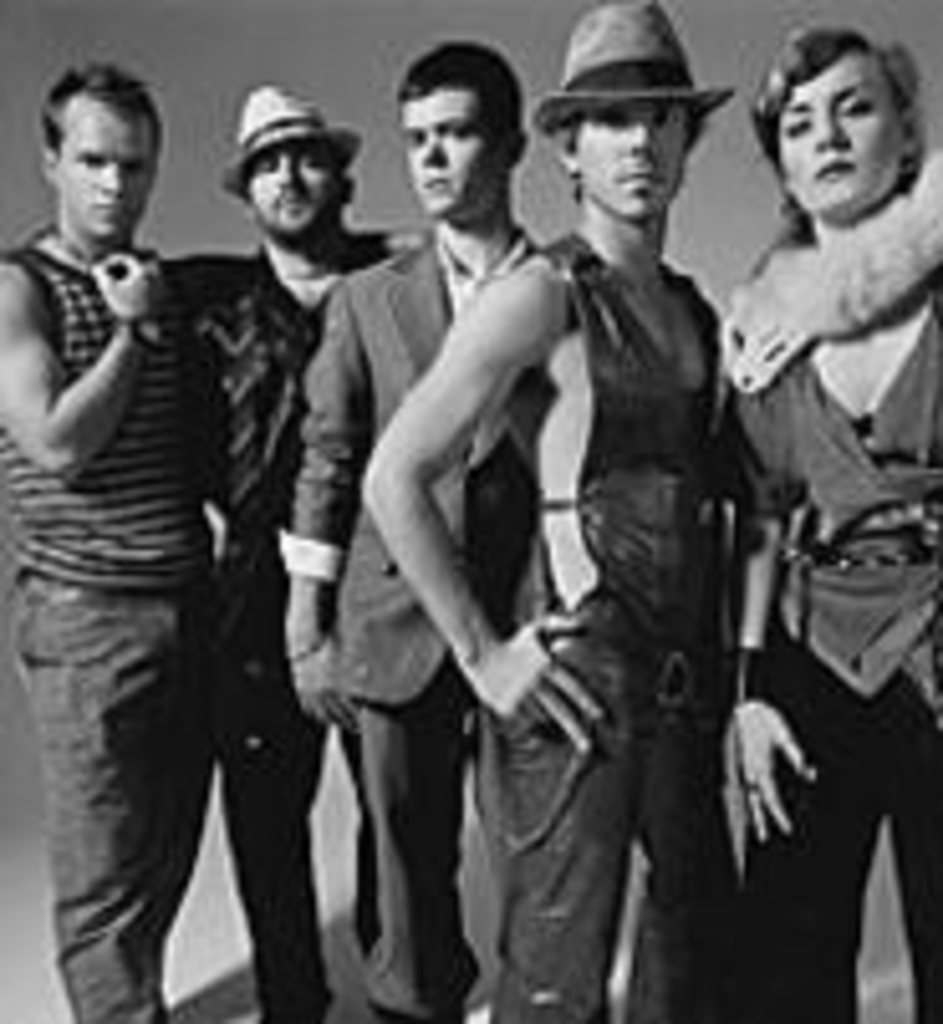 Pink Floyd fans are pissed, and rightfully so. Someone has slapped the black tar out of their beloved heroin anthem and given it the Frankie Goes to Hollywood treatment. But let’s face it — songs cautioning the dangers of smack are a total buzzkill, and the good folks at the National Academy of Recording Arts and Sciences know it, which is why they’ve nominated the Scissor Sisters‘ club-ready rendition of “Comfortably Numb” for a 2004 Best Dance Recording Grammy. Behind this disco debacle is the funny but 60-percent-not-ha-ha funny Sisters, a New York quintet whose self-titled debut has gripped the world by its sequined hip-huggers with more camp appeal than your local YMCA.

The libido of the pack is falsetto-friendly Jake Shears, an ex-go-go dancer who previously sported the moniker Jason the Amazing Back-Alley Late-Term Abortion. At his side are Babydaddy, Paddy Boom, Del Marquis and Ana Matronic, the self-proclaimed drag queen trapped in a female’s body. With unbridled sexuality and catchy-as-all-get-out pop sensibilities, it’s no wonder that singles such as “Laura” and “Take Your Mama” first hit paydirt in the UK.

And with more than a million copies of the group’s debut sold, along with the recent DVD release We Are Scissor Sisters and So Are You, the sisterhood shows no signs of succumbing to one-hit-wonderdom, making Saturday’s performance at The Granada the place to strut your best electric slide.

“It’s like a free-form ball of energy,” Boom says. “It’s a dynamic show with a lot more entertainment per dollar than your average five greasy-haired guys staring at the floor. It’s like a mini freak show with a little drama and a little booty-shakin’. Half of the time, I look out into the audience and there’s weirder things going on out there than up onstage.”