Scientolgists: Beware the Ides of March 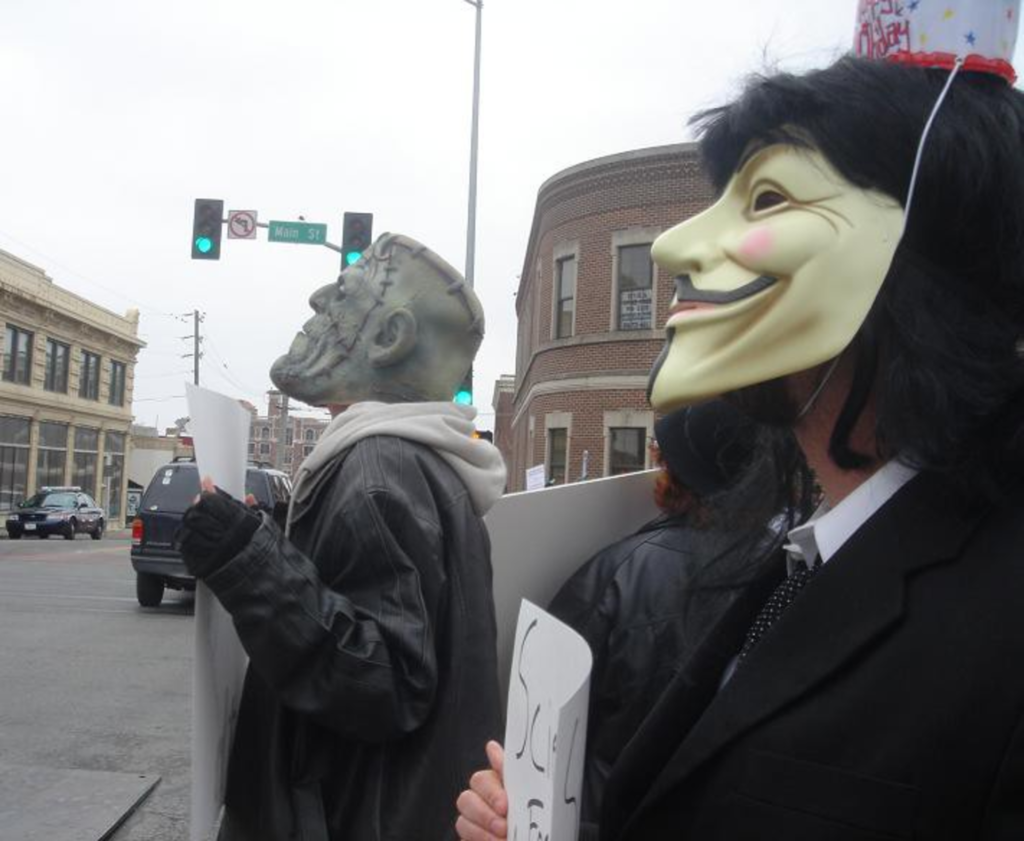 On Saturday, members of Anonymous, the Internet-dwelling Scientology protest group responsible for leaking that insane Tom Cruise-laughing-in-an-armchair video to the world, gathered at 39th and Main to “celebrate” L. Ron Hubbard’s birthday. They wore party hats in honor of Scientology’s creator, along with the prerequisite bandanas, Guy Fawkes masks and signs calling the religion a hoax. Sadly, there was no birthday cake.

This guy was there, wearing a burqa:

The video’s shaky, mostly because my ungloved hands started to go numb from the freezing 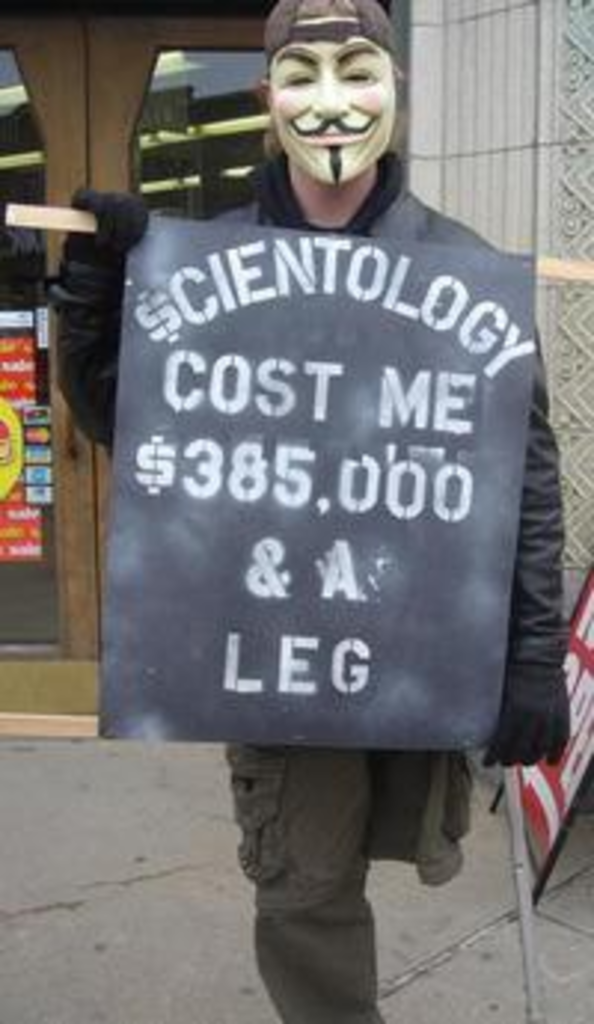 Particularly paranoid members of Anonymous will be interested to learn that I received a visit from members of the Kansas City Scientology headquarters after my first blog on the February 10 protest. Maggie Kittinger gave me a too-firm handshake and a packet containing a DVD of 30 Scientology public service announcements titled “Youth for Human Rights” (NOT as entertaining as the Tom Cruise video, unfortunately) and a press release responding to Anonymous’ protests, calling the group “cyber-terrorists.”

“‘Anonymous’ is perpetrating religious hate crimes against Churches of Scientology and individual Scientologists for no reason other than religious bigotry,” the statement reads. “‘Anonymous’ initially justified its attacks by claiming that the Church’s requests to some website to remove a stolen video of an internal Church event [crazy Tom Cruise video!! -NP] 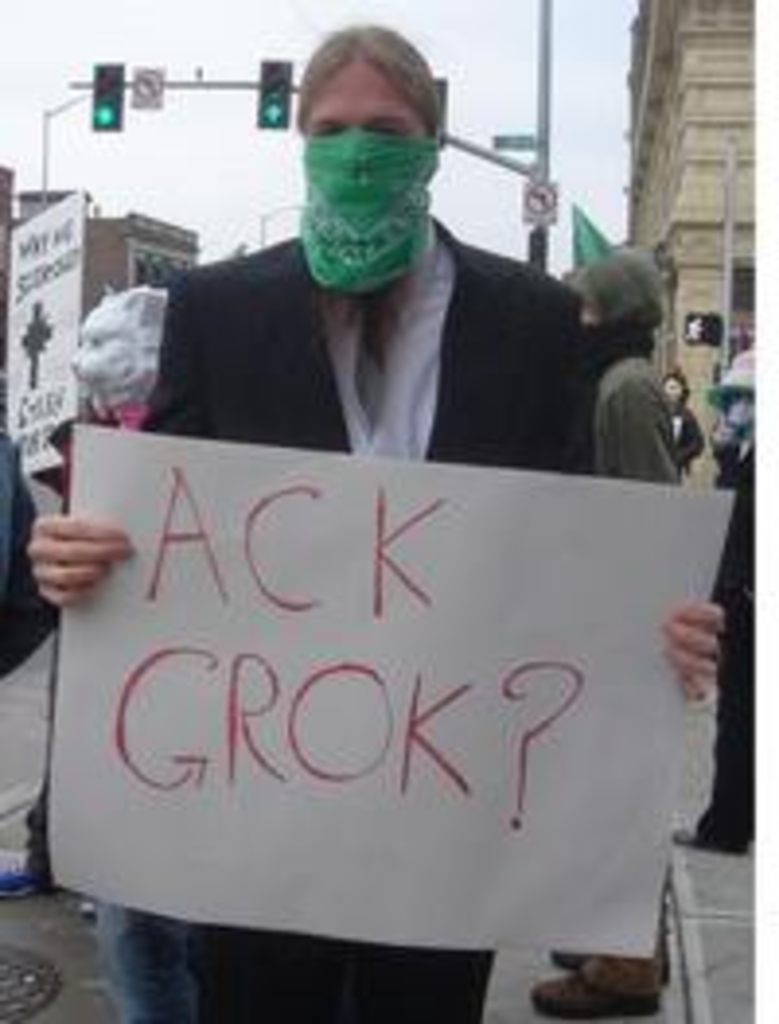 somehow constituted an affront to free speech. In fact, the Church, as would any copyright owner, had simply sent routine notices that the video constituted a copyright violation. Similar notices are sent daily by the television and recording industries to those who display pirated, copyrighted works.”

The statement went on to say that the church’s services would continue uninterrupted despite the protests and that they’d contacted local authorities to “minimize the negative impact of this mask-wearing, cyber-terrorist group.”

I didn’t see any terroristic activity, but then again, I left after the chants of “SCIENTOLOGISTS HAVE BUTT SEX!” began. Beware the Ides of March, indeed.