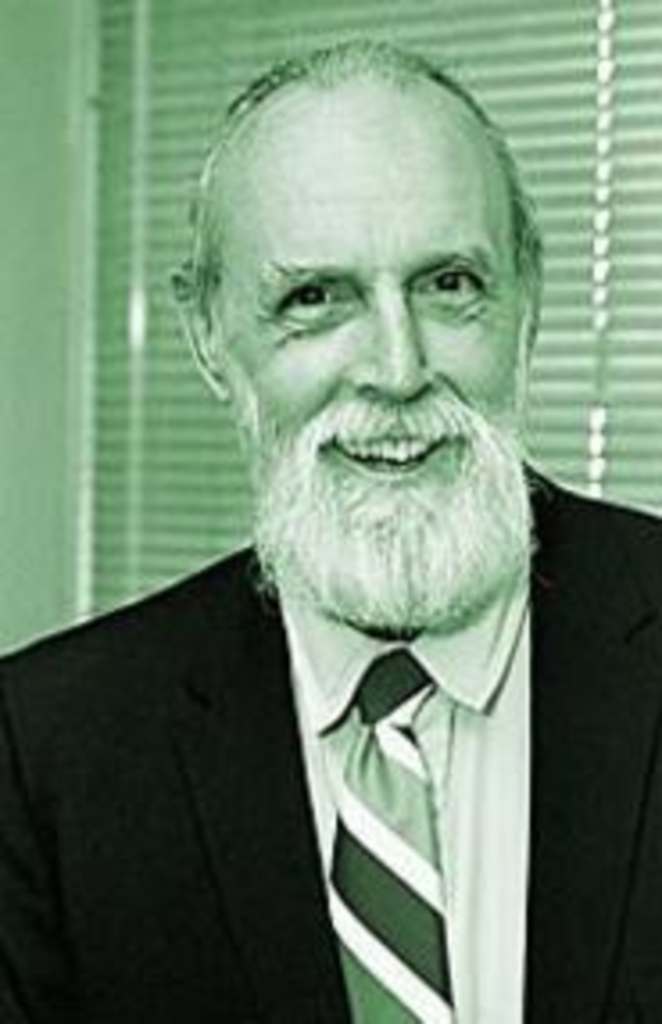 Jim Lloyd remembers what Southwest High School used to be, and he isn’t alone. Many longtime residents of the city’s southwest corridor, along with new families attracted to a neighborhood of large homes near the pedestrian-friendly Brookside shopping area, know of Southwest as the one-time star of the Kansas City, Mo., public high schools. That status began to slip in the 1970s as a federal judge ordered an end to school segregation, sending the district through a decades-long era of mismanagement despite hundreds of millions of dollars available to raise tests scores and desegregate the district. Witnessing the ongoing political infighting on the school board and inept leadership from a string of school superintendents, the overwhelmingly white Southwest community abandoned its connection to the high school, sending its children to private schools or moving across the state line into Johnson County. By the time the high school at 6512 Wornall Road closed after the 1997-98 school year, few of its students came from the surrounding area. Most were bused or taxied in from other parts of the city.

“It’s been a negative factor for a much longer (time) than while it was closed,” says Lloyd, a 14-year resident of the southwest area. “The school didn’t enjoy a good academic reputation, and the district didn’t really try to sell the school to the community.”

Lloyd, president of the Southwest Charter School’s board of directors, hopes that his school may be able to undo the damage and return the high school as an anchor of the community. He says he has seen firsthand the difficulties and inconsistency of district schools, having placed two children in charters and one child in Notre Dame de Sion after finding that the district’s schools simply couldn’t or wouldn’t meet his children’s needs.

“We were satisfied, but disappointed, that they were constrained from being what they could’ve been,” says Lloyd. “If you found the right classes and the right teachers, you could have great results, but it was inconsistent. That’s the sort of staffing problem that the superintendent (Benjamin Demps) is looking to resolve.”

The Kansas City, Mo., Board of Education narrowly passed a motion last month allowing students from Southwest Charter School, currently located in the basement of the Temple B’Nai Jehuda at 712 E. 69th St., to occupy the vacant Southwest High School building. The approval, which will cost the school about $268,000 a year, will allow the district to recoup most of the building’s maintenance costs, as well as let the district use resources (such as Southwest High’s planetarium) that have remained unused since the school closed. Southwest Charter, which has more than 500 seventh- and eighth-grade students, would be able to add a ninth-grade program, eventually becoming a full high school program.

Southwest Charter became the center of fierce political fighting within the school board in March, when it sought to lease the Southwest High building. The issue failed on a 4-4 vote, with board member Fifi Wiedeman absent. Wiedeman supported granting the charter school lease access to the high school. Some board members, however, question the merits of charter schools, largely autonomous schools in which private boards of parents and local residents choose the school’s principal and help direct school policy.

Charters are, in many ways, nations unto themselves. They receive funds from the state, which they allot as they see fit, and — although their students take the same standardized tests as the rest of the students in the district — they are given much greater latitude in how and what they teach. So far, says Lloyd, Southwest Charter has been an academic success.

“We’re very excited by the test scores and the results from the kids,” Lloyd says. “There have been incredible improvements among the kids. There were some kids who came in struggling, and there’s still work to do, but even those kids who had trouble have shown great improvement.”

Supporters of charters point out that no easy solution has yet been found for the district’s problems, and Lloyd points to the improving test scores earned by Southwest Charter’s students since its inception — along with the support shown by Superintendent Demps — as evidence that the charter system is here to stay and may even serve as an object lesson to the rest of the district.

“The district spent a lot of money trying to achieve a combination of integration and high academic focus,” Lloyd says. “Because it was spending so much time attempting to achieve both goals, it really didn’t do as much as it should’ve academically.

“What we’re proving to the world is that you can have integrated schools with high academic performance. What we are hoping to prove is that public education can work in the Kansas City, Missouri, School District.”

Sixth District board member Duane Kelly is not so enthusiastic when it comes to charter schools. “Most districts tried one or two charters, just to see how they’d work,” says Kelly, who (along with board president Helen Ragsdale and board members Lee Barnes and Elma Warrick) voted against the proposal. “In our first year, we tried 15. We were $23 million behind (in our budget); we had to close schools. It was a mess.

“It’s like jumping in the car and driving down the highway at night with no lights on. We just don’t know what’s coming.”

Kelly, who retired from teaching at Northeast High School following 31 years of teaching in the district, was part of the earlier group of school board members who voted against Southwest Charter’s move in March. He says that, as an educator, he has serious misgivings about charters. Kelly says his concern is not Southwest Charter itself but the potential drain that it and other charters could pose to the district’s resources — drawing state money and new teachers away from the mainstream district schools. With the district facing this many threats from within and without, Kelly says, it’s irresponsible and potentially dangerous to take funds away from the district and put them toward charters, which, in the end, may fail.

“The problem is,” he says, “this is taking money out of public schools to make them better. That just doesn’t work. If you give me 10 percent of your salary I’ll live better, but I don’t think you will.”

At-large board member Al Mauro disagrees. “I’ve been, philosophically, a supporter of charter schools as a tool that could help school districts,” says Mauro, who voted in favor of the Southwest proposal. “I think there’s nothing wrong with parents who want to contribute and have a voice in how their school is run.”

Mauro was elected, along with several other board members, on a pro-charter ticket. A former member of Southwest Charter’s advisory board, he is quick to defend the charter school program in general — and Southwest in particular — as a needed alternative to an ailing school district in which, in his words, “Parents have not been happy with the product.”

Lloyd is a prime example of that discontent. To Mauro, Southwest Charter presents an opportunity for its urban, primarily minority enrollment to work in an innovative school, and a chance for the district to attract parents who may be looking at private education as an alternative to Kansas City schools.

“Out of 4,000 kids in the charter school system in Kansas City, one-fourth come from the private school system,” Mauro says. “You’ve got a number of parents who are showing that they’ll opt for public schools, if they feel that they would give their children what they needed.”

Kelly says that charter schools could serve a valid purpose in the district, offering educational programs that may not be available. He notes that, at one point, the district was courted by a number of trade unions to create a charter high school that would provide apprenticeships in addition to the standard curriculum, allowing at-risk students to work at union rates upon graduation. Programs of that sort, Kelly says, would add a unique educational opportunity to the district. However, under its current cloud, he questions diverting efforts outside of the district’s primary mission. Kelly applauds the charter school’s parents for their involvement and says that the Southwest parents’ enthusiasm is a sign that the area is in dire need of a school. In his eyes, though, a charter school is too risky and, in the end, not a solution he feels he can support.

“We need a school out there; that’s a no-brainer,” says Kelly. “But in one more year, we could do it right. Doing it right is better than doing something to do something, and we have a reputation as a district of doing just that.”Southwest Charter school’s approval of moving into the Southwest High School building highlights differing opinions over the role of charter schools in the district.