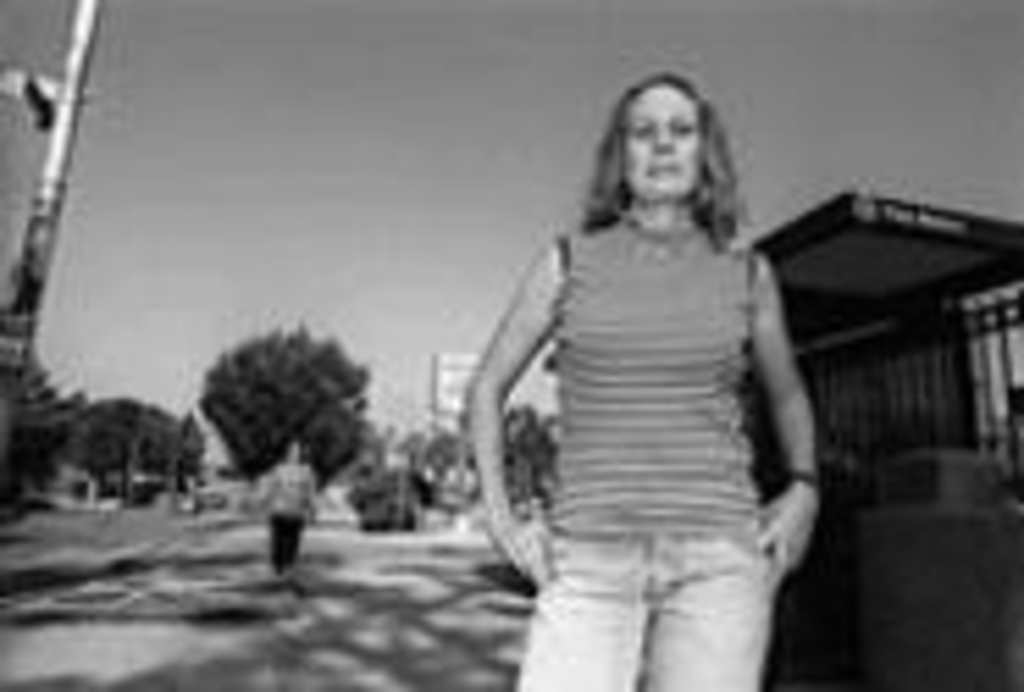 Former Kansas City, Missouri, School Board member Michelle Hensley returned to town quietly in January, but this summer she has launched a noisy campaign against prostitution along Independence Avenue.

On July 23, Hensley was on television news and on KMBZ 980’s Tom Becka radio show talking about a group she has formed with another Northeast neighborhood activist, Bobbi Baker-Hughes. No PCP — No Pimps, Crime or Prostitution — wants to move street prostitutes to a still-nonexistent adult-entertainment district in Kansas City, somewhere far away from Independence Avenue.

“We’re going to take back this city,” Hensley announced, adding that her group also hopes to file temporary restraining orders against prostitutes. “We’re going to TRO our local hoes,” she said.

On his show, Becka mentioned Hensley’s school board service, but Hensley distanced herself from her term. “I don’t want people to be distracted by that issue,” said Hensley, who tells the Pitch she can’t get a job here because Kansas Citians judge her school board past harshly.

Just last month, a Jackson County judge ruled that Hensley and four other board members had conducted an illegal meeting in April 2001, when they secretly arranged to fire then-superintendent Benjamin Demps. Four months after that meeting, Hensley resigned her school board position in the middle of her term — leaving a vacancy that took months for the politically fractured board to fill — and took a job in September 2001 as a transportation planner in West Plains, Missouri. She soon returned to Kansas City to be with her family after her mother’s death.

In her free time, she has adopted an estrogen-fueled “superhero” persona to fight prostitution. She and Baker-Hughes are a dynamic duo defending their neighborhood, she says. “I’m the Red Dart. I shoot flaming tampons,” Hensley tells the Pitch. “Bobbi’s the Hot Mama. She fires bullets from her breasts.” (Baker-Hughes didn’t return calls from the Pitch.)

Hensley says she understands that prostitutes are troubled women and credits her insight to her degree in social work. (Hensley also has a law degree but says she has failed the Missouri bar exam twice.) She says she’s tired of dealing with “these nasty-ass bitches” on the Avenue. “I saw one at Brooklyn and Independence Avenue with her tank top down,” Hensley says. “I had my nephew with me, and he had to see that. I wanted to kill her. I aimed at her and squealed the brakes. I wanted to hurt her so bad.” She insists that she was simply being a good role model for her young nephew.

“I don’t want him being some wimp,” Hensley says. “I want him to learn to stand up for himself.”

Caught in the crossfire of blazing tampons and breast-powered bullets is Veronica’s Voice, a recovery program that views prostitutes as human beings, not garbage to be swept from the avenue. Hensley told Becka on the air that No PCP would get a boost from Veronica’s Voice. “We’re going to work with Veronica’s Voice to make sure that if these women want to get off the streets, they can,” Hensley said. “We do have to try to help these ladies.” But during Becka’s show, Hensley called streetwalkers “hoes” and recounted threatening a suspected prostitute with her car.

Hensley’s supposed collaboration with Veronica’s Voice was news to its director, Kristy Childs, who first encountered Hensley at a community police meeting only the day before the radio show.

“She doesn’t know anything about what we do,” Childs says.

After hearing Hensley’s radio performance, Childs told her that Veronica’s Voice didn’t want to work with her. “I can’t work with someone who is constantly using inflammatory language about these women,” Childs says.

Shunned by Veronica’s Voice, Hensley dispensed with any pretense of compassion. “Originally, I thought it was my civic duty to help these hoes, whatever,” Hensley tells the Pitch. “[Childs] called me and said Veronica’s Voice didn’t want anything to do with me, and I said, ‘That’s fine. You ain’t nothing but a ho anyway.’ In my head, anyway, that’s all they are to me.”

Veronica’s Voice, which Childs founded two years ago, is named for a murdered prostitute who was raped, strangled and dumped in the bushes of Penn Valley Park in 1993 two weeks after her 21st birthday. Childs, now forty, turned to prostitution herself for survival at age fourteen. She had run away from an abusive home when she was twelve and says she was beaten and raped more times than she can count. She worked the streets for eighteen years before pulling herself out of “the life.” Now she feels it is her calling to show prostitutes their own escape.

“I’ve not met a woman yet who says, ‘You know, as a little girl, I wanted to grow up to be a crack-addicted prostitute,'” says Childs. “Something in these women’s lives led them to this point, and it’s just by the grace of God that other people are not there.”

Childs says that she reaches out to prostitutes until they are ready to change. “We have women now that we have been talking to for a year who are calling and wanting drug treatment,” she says.

At a Northeast Chamber of Commerce lunch meeting at Independence Boulevard Christian Church two weeks ago, Childs and Veronica’s Voice assistant director Samantha Hourigan, a former sex worker, spoke to about a dozen people about their program. They plan to open a drop-in center for prostitutes at the church this fall.

Intending to argue for tough action, business owner Ed Kendrick brought to the meeting videotape of prostitutes cursing at him as he tried to chase them from his business. Yet Kendrick was so moved by Childs and Hourigan’s presentation that he cried.

“These two women, through their own inner grace and spirit, have rehabilitated themselves,” Kendrick says. “I would hope that for any prostitute.”

Hensley didn’t attend the lunch meeting and told the Pitch she didn’t have $12 to spend on “bad food” that day at a church that hosts weekly free meals for the poor, whom she says are all prostitutes and pimps. “Why would one of us go to eat dinner with a hooker?” says Hensley, who still holds out hope that Kansas City voters will approve a red-light district somewhere else in Kansas City, luring her neighborhood prostitutes away.

“Veronica’s Voice doesn’t want it legalized because it breaks people’s spirit,” Hensley says. “[Prostitutes] choose to break their own spirit. They choose that for themselves. I had a pretty hard life too, but it never occurred to me to suck dick for $20.”

The attempt to rid Northeast neighborhoods of prostitution and crime is part of an ongoing battle that has continued for more than a decade. Hensley has invited law-enforcement officials to discuss street prostitution with No PCP, but she refuses to give more details of the upcoming meeting.

“I have one planned, but I can’t tell you when,” Hensley tells the Pitch. “It’s a secret meeting.”