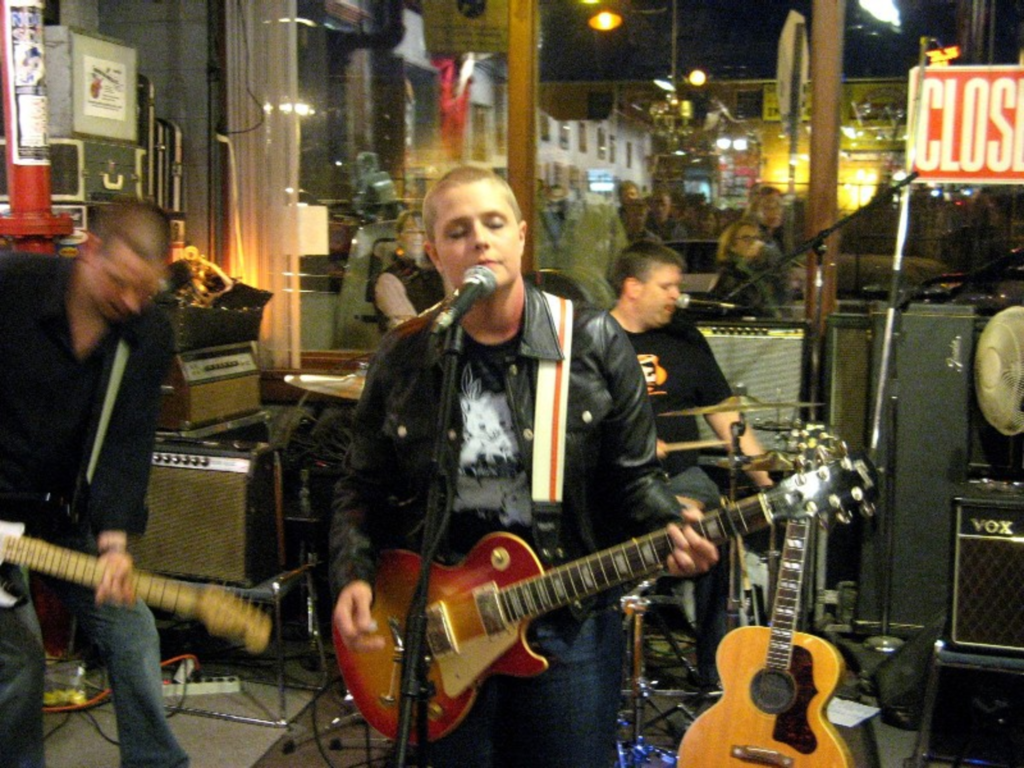 She’s an angel: Abigail Henderson and her Gaslights rocked a First Friday crowd at Midwestern Music Co. this past weekend. The band went on to play the Czar Bar the next night, which is a lot of gigging for a musician with cancer, but as she says on her blog, Hope Is My Middle Name, “When something blows up yr life you can either stay pinned under the giant concrete slab or try and get the damned thing off you and figure out how to get on with it.” Did we mention she’s still waiting tables, too?

Hey! Looks like there’s some good news! Henderson indicates on her blog that her insurance company has decided to fork over the money. As we reported last year, Henderson had applied for insurance before she found out she had cancer, and it looked like her ins. co. was going to give her the runaround over “pre-existing conditions” (that she didn’t know existed when she applied). If we may quote a little more here:

People are happiest doing what they love. The more time people have spent engaged in what they love the less time they spend taking their bitterness out on the rest of us. This holds especially true for anyone in the insurance field. (****The insurance folks, by the way, have decided they are going to pay…sigh..***********). Brings me to my next shocking realization..

Miracles happen. You can be walking along one day and bam $150 just blowing across the street. I would say “Yeah right” except it happened…in Brookside….in January. I looked absolutely ridiculous jumping up and down in the sunfresh parking lot looking for the hidden cameras.

Wow — the insurance is going to pay after all, and she found 150 bucks. Go, Abby! (And go buy a lottery ticket, NOW!)