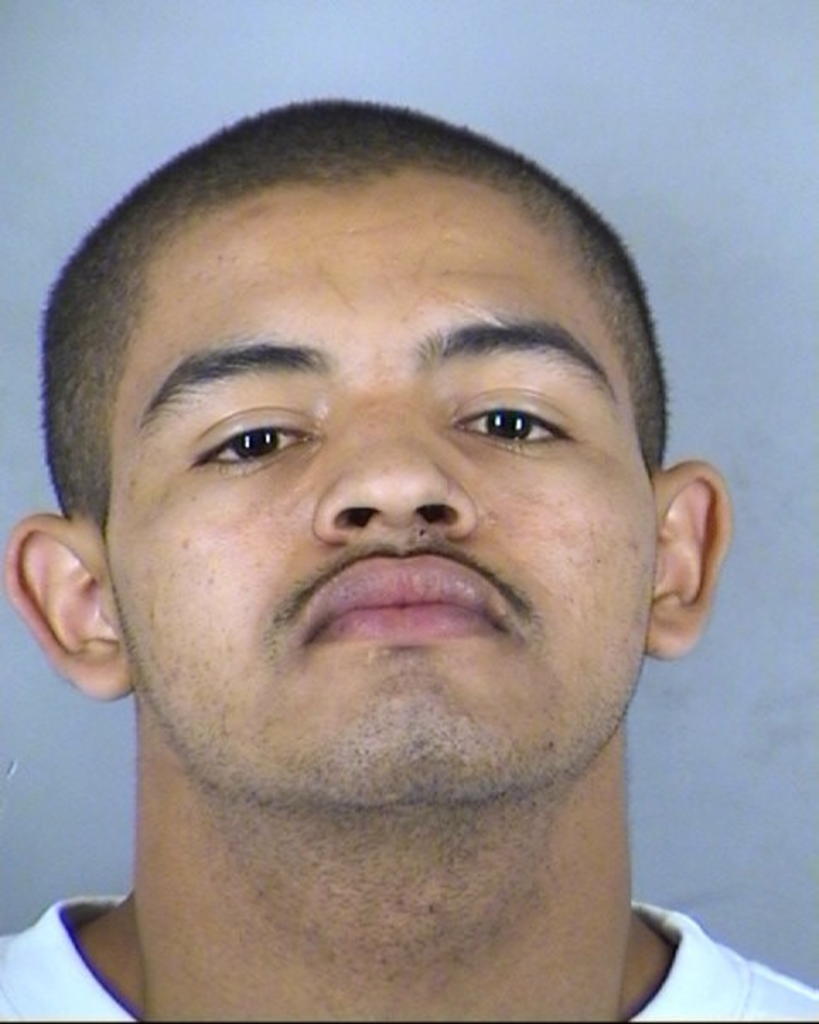 A member of the Mexican King gang shot a man in the abdomen last night, court records say. Kansas City police arrested 17-year-old Eduardo Escobar, aka “Scarface” and “Tomato,” shortly after the shooting at 1016 Cleveland Ave. Police say Escobar had a loaded pistol grip shotgun hidden in his pants at the time of his arrest.

the passenger in the abdomen as the Protege drove by. On the way to the

hospital, the shooting victim told the driver, “It was Tomato.”

The driver of the Protege picked Escobar out of a police line up, and Escobar admitted to detectives that he shot at a blue car because there were members of a rival gang in it, court records say.

Escobar’s MySpace page is set to private but this status, “8mexican1kingz6 wit da babymama,” is visible.