Saying goodbye to the Tivoli, an irreplaceable anchor of Kansas City cinema 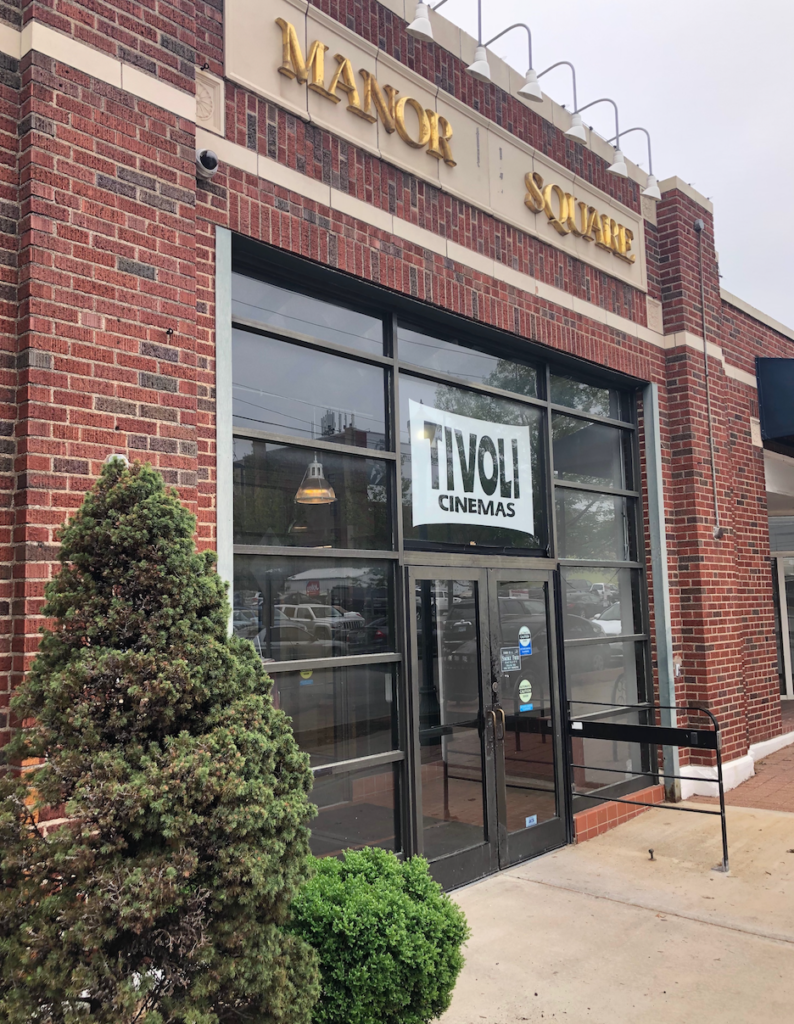 On April 12, Tivoli Cinemas, a Westport staple for 36 years, screened its last art-house flick. Owner Jerry Harrington announced the theater would close earlier that week, and just like that, one of Kansas City’s most beloved cultural destinations was gone.

The Tivoli was one of those places that made filmgoers in other communities — sometimes even in larger communities — envious. Along with a handful of other theaters in town, the Tivoli was a surprisingly welcome environment for movies that might not play well in a Megaplex. I saw Reservoir Dogs at the Tivoli. Mr. Hulot’s Holiday. Breaking the Waves. Federico Fellini’s La Strada. Orson Welles’ Chimes at Midnight. Bernardo Bertolucci’s The Conformist. Rashomon. Clerks. A night at the Tivoli was always a wonderful reminder that movies are at their most involving and entertaining when they are shared.

Instead of mourning the loss, perhaps it’s better to celebrate the fact that for three and a half decades — since the early 1980s, when Harrington bought out a repertory theater on Westport Road called The Bijou — these movies found the fans they deserved.

After I heard the news, I found myself thinking about the 1998 film Elizabeth.

At the time, casual filmgoers would have had little reason to head down to a small Westport theater to see a historical drama starring a little-known actress named Cate Blanchett. But Harrington knew how to get butts in seats. His preview screening was loaded with performers from the local Renaissance Festival who showed up in period costumes and later passed word on their friends. Most of these folks were young, but if they hadn’t heard of Elizabeth I or the Australian actress who played her, they were delighted to learn. It was hard to imagine a young theater proprietor going to such lengths today.

“You have to work hard to sell anything anymore,” Harrington tells me, on the road to Omaha, not long after the Tivoli’s last day in business. “For somebody who’s young and wants to do that, it’s great, and it works. The extra work will pay off. But if you’re not showing a movie exclusively, you’re busting your butt for a movie that’s going to be playing in five other theaters.”

He goes on: “With Elizabeth, it went on to other theaters, but I had it for a few weeks exclusively. More and more, any movie that even seemed like it would have some crossover appeal, it would immediately play in five [local] theaters.”

The audience for independent movies is also evolving — and becoming harder for people in Harrington’s position to read.

“Filmmakers of this generation have different sensibilities than when I was growing up,” Harrington, who is 66, says. “A lot of movies today are pretty depressing in a contemporary way, and they’re hard to sell. It’s a more niche sensibility. It’s easier for me to know what older people want.”

It’s also tempting to blame the Tivoli’s closing on the rise of streaming services like Netflix or Hulu, but Harrington believes at-home viewing had minimal impact on his own bottom line. He adds that the Tivoli might have been better off as a nonprofit, like Los Angeles’ Film Form, but he felt like he couldn’t hit up patrons for more cash after he had already held a successful crowdfunding campaign to obtain digital projectors six years ago. Ultimately, Harrington says it was the need for new carpet, seats, cup holders and other renovations — the kinds of “big experience” perks that places like Ward Parkway and Alamo Drafthouse offer — that forced him to close the theater.

“We didn’t have some of the amenities that people want,” he says. “That’s what I was trying to put in, but it just didn’t make economic sense to do that.”

In my view, the Tivoli had plenty of amenities, albeit on a more modest scale. It stocked vegan cookies and Mexican Cokes, for example. And the concession stand featured a large Barbie doll dressed up in outfits reflecting the films playing any given week: she held a cross when Shadow of the Vampire was screening, and a dress made of images of Robert Evans when the documentary about Evans, The Kid Stays in the Picture, played there. Those charms are maybe not as attractive to certain filmgoers as stadium seating, but it made the trip to Westport from Overland Park worth it for me.

Then there was the people: the curious art-school students, the film enthusiasts working part-time to learn the ropes. It was always amusing to see my friend, the filmmaker Glenn Stewart, slide down the railway of the Tivoli’s long staircase. And there isn’t any other theater I know of that with a ticket taker like the late Bob Smith. Bob was once an in-demand male model in Paris and New York, friends with Breathless star Jean Seberg. If the lines weren’t too long, he was always good for a story.

“I waded through a lot of movies and picked certain ones that I thought would make money,” Harrington says. “But sometimes, I played a movie I didn’t think would make money. I played it because I thought it was important, and I didn’t care. I always believed everyone in Kansas City was a potential customer. I don’t feel bad [about the closing]. What a great way to make a living: just showing movies and having people come in.”