“I’m a 47-year-old virgin straight man. What advice can you give me?” 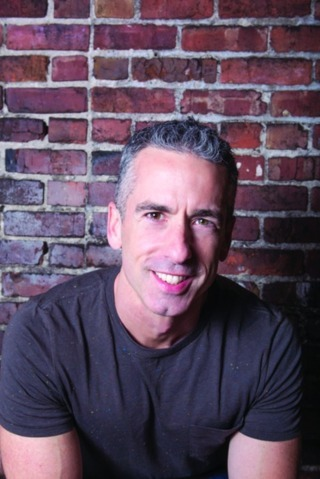 Dear CDPROPS: You told him what he’s doing is wrong, you explained the enormous risk he’s running, and you dumped him, CDPROPS. You could take one last run at it and try to explain that his children finding these photos isn’t one of those “low-risk, high-consequence events,” i.e., something that’s unlikely to happen but would be utterly disastrous if it did. (Think of the super volcano that is Yellowstone National Park erupting or a deranged, racist billionaire somehow managing to win a US presidential election.) Nope, if he’s posting these photos online, at least one of his children will stumble over them—or one of their friends will. (“Hey, isn’t this your dad? And your backpack?”) Your ex needs to knock this shit off, and will most likely need the help of a mental-health pro in order to do so.

Dear Dan: My parents were married for almost 40 years—and on paper, things seemed fine. They rarely fought and were an example of a strong, monogamous marriage until the day my mother died. Recently, I found writings by my dad revealing he had several casual encounters with men over the course of their marriage. Do I tell him I know? We are close, but sex isn’t something we usually discuss. What should I do with this information, if anything?

A Deeply Upsetting Lie That Scalds

Dear ADULTS: When you say their relationship seemed fine “on paper,” ADULTS, what you mean is their relationship was decent and loving. Well, now you know it wasn’t perfect—but no relationship is. Your mother is dead (I’m sorry for your loss), and either she made peace with this fact about her husband long ago or she never knew about it. Either way, no good will come from confronting your father about the handful of dicks he sucked decades ago.

Dear Dan: I’m a 47-year-old virgin straight man. What advice can you give me on losing my virginity?

Dear WAH: There are lots of 40-year-old-and-up women out there who are virgins—they write in, too—so putting “middle-aged virgin seeks same” in your personal ad wouldn’t be a bad idea. Find someone in your same situation, WAH, and treat her with kindness, gentleness, and patience—the same as you would like to be treated.

Dear Dan: I’m married and poly, with one partner in addition to my husband. My partner has a friend-with-benefits arrangement with a woman he’s been with since before we met. The FWB is not poly, but she’s always known my partner is. She has always insisted they’re not a couple, but he knows she would be hurt if she found out he was with someone else, so he has avoided telling her he’s now also with me. I don’t like being someone’s secret. My husband knows I’m with someone else and is fine with it. If my partner’s FWB felt the same, I wouldn’t see a problem. But this feels oddly like I’m helping my partner cheat on his FWB, even though they’re “not a couple” (her words). So it’s not cheating… is it?

Dear POLY: It’s not cheating—it’s plausible deniability. Your partner’s FWB would rather not know he’s seeing anyone else, so she doesn’t ask him about his other partners and he doesn’t tell. Accommodating his FWB’s desire not to know about other partners—doing the DADT open thing—does mean keeping you a secret, POLY, at least from her. If you’re not comfortable with that, you’ll have to end things with your partner.

Dear Dan: I’m scared of two things. (1) I’m scared that if I break up with my girlfriend of four years, I will be throwing away the best thing I will ever have because I’m scared that I don’t love her in the way she deserves (in the way people say you will “just know” about) or because we have normal relationship problems and both have our own mental-health issues. (2) I’m also scared that if I don’t break up with her, I am keeping her in a relationship that is not good because of my fear of never finding someone as good as her, and we would both actually be happier with someone else.

Scared Of Being Alone

1. Nobody “just knows,” SOBA, and everyone has doubts—that’s why commitments are made (consciously entered into) and are not some sort of romantic or sexual autopilot that kicks in when we meet the “perfect” person. We commit, and recommit, and forgive, and muddle through—but when we’re asked about our relationships, we tend to lean on clichés like “It was love at first sight,” “I just knew,” “The One”—clichés that often fill others with doubt about the quality of their relationships.

2. Get on iTunes and download the original Broadway cast recordings of Company, Follies, and A Little Night Music. Pay particular attention to “Sorry-Grateful,” “The Road You Didn’t Take,” and “Send in the Clowns.”

Dear Dan: If I write you a letter asking for advice and don’t want it published, even anonymously, will you answer?

Dear KICK: While I can’t respond to every letter I receive, KICK, I do sometimes respond privately. Just one request: If you send a letter that you don’t want published, please mention that at the start. I will frequently read an extremely long letter—so long that I start making notes or contacting experts before I finish reading it—only to discover “please don’t publish this” at the bottom. If a letter isn’t for publication, please mention that at the beginning. I promise that doing so increases your chances of getting a private response.