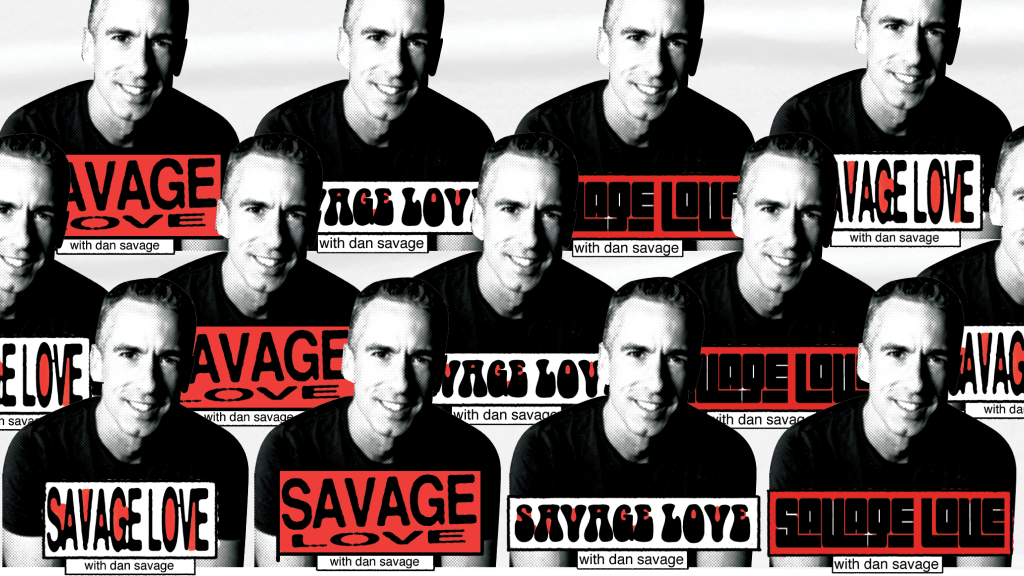 Dear Dan: I’m a female in my late twenties. I broke up with a toxic ex about a year ago and I’ve been walking around (my house!) thinking I was over it. I never missed him and rarely thought about him. A brief backstory: In the final months of us living together, we started having more discussions about children and a making lifelong commitment. He told me he wanted both yet at this exact time his moderate depression became more severe and he refused to get help. I tolerated his cruel behavior because I knew how badly he was hurting. This ranged from icing me out to berating me and demanding I leave the home that we shared—my house—citing his need for “alone” time. One time he demanded I get up and leave in the middle of the night and go to a friend’s house! It’s worth noting the sex was mediocre at best, which I chalked it up to him being a decade older. My self-esteem suffered. I finally left.

Fast forward to now. I find out he’s been dating a man. I can barely cope with the anger I feel about this. I feel like a casualty of his shame. We have progressive friends! His sister has dated women! His parents are accepting! None of the reasons you list as appropriate ones for staying closeted apply to him, Dan! His inability to accept himself caused me the most severe emotional trauma of my life and I just feel enraged. I logically know this is not about me. It’s about him. So why does this retroactively bother me so much? Part of me wants to say something to him but I’m not sure that would make me feel better. I’d be very appreciative of any guidance you may have. Not sure what to think.

Dear BEARD: I don’t want to add to your rage, BEARD, but that night he made you go to a friend’s house? It wasn’t “alone time” he was after. Dude was hosting.

Before I tell you what to do about your rage, BEARD, there’s something I wanna clear up: I don’t think having the opposite of everything your ex-boyfriend had—I don’t think having conservative friends instead of progressive friends, straight sisters instead of bi or heteroflexible sisters, shitty parents instead of accepting parents—are appropriate reasons for a grown-ass man in his thirties stay closeted. When people are young and dependent on their parents, sure, having shitty parents and no support from friends or siblings is a good reason to stay closeted in high school and maybe until after college. But it’s no excuse for remaining closeted into your thirties—and it’s certainly no excuse for using someone the way your ex appears to have used you, i.e. as a beard, BEARD. (Urban Dictionary: “The girlfriend or boyfriend of a closeted homosexual, used to conceal their homosexuality.”)

Another thing I wanna clear up: there are lots of guys out there in their thirties and forties and fifties and beyond who are good at sex and lots of guys in their twenties who are mediocre at best.

Alright, BEARD, you have every right to be angry. You put a lot of time and effort into this relationship and if turns out your ex is gay, well, that means he was lying to you and using you and wasting your time. It’s possible he’s bisexual, however, in which case he wasn’t being fully honest with you but may not have been using you or wasting your time. But gay or bi, your ex treated you very poorly and the news that he’s dating a man now is making you reassess your relationship and his depression, to say nothing of that night he threw you out of your own apartment because he needed “alone time.” To look back on a relationship and think, “I did what I could and it didn’t work out but at least I tried,” is different than looking back and knowing, “Nothing I did could’ve made any difference and I was cruelly used.”

I think there are two things you need to do now: Resolve never make excuses for someone who treats you with cruelty again. We all have our moments, of course, but someone who can’t treat their partners with some modicum of respect and compassion even when they’re struggling isn’t in good enough working order to be in a relationship in the first place. And I think you should write him a letter and really unload on him. Tell him you’re angry, tell him why. You may or may not get a response—you may or may not want one—but you’ll feel better after writing the letter. And who knows? If he responds with a heartfelt apology, BEARD, you may feel even better.

Dear Dan: Cis male here. A number of years ago I saw a woman for a few months and then we parted ways. NBD. However, I later learned she was pregnant and I’ve always wondered if the child was mine. We haven’t talked for years but we’re still friends on FB so I see periodic updates and pics of the kid. It’s always just pics of my ex and her son and I don’t ever see pics of anyone that be the father. However, this morning I saw a post saying that her son will be turning seven in May, which would mean he was born May 2014 and was conceived approximately August of 2013. We stopped sleeping together the late July of 2013, so it’s probably outside the realm of possibility that this could be my kid. We didn’t have a tumultuous breakup and she’s independently wealthy and we in our mid-thirties when we were together and it’s possible she went the sperm bank route shortly after we broke up. At any rate, do you think I should ask her if the child is mine? I can see how that would be rude, but on the other hand, I kind of want to know. What do you think?

The Kid Is Not My Son (Probably)

Backing up for a second: If you were fucking your ex without protection in late July of 2013 and she gave birth in early May of 2014, TKINMSP, there’s a small chance you could be this kid’s biological father. Sperm can linger in the vaginal canal for a few days before a woman ovulates; some babies arrive a week or two late. I’m not saying it’s likely, TKINMSP, I’m just saying it can’t be ruled out and only your ex knows for sure. So send her a letter. Open by reassuring her that you have no desire to reenter her life or enter the life of her child but that you’ve always wondered. Then tell her that if you are the biological father and they ever need a family medical history from you or if this child should want to meet his biological father someday—and if that biological father is you—you’re open to providing medical info and/or meeting up once her son is an adult. If you’re the biological father, TKINMSP, which you might not be.

Dear Dan: I live in Portland, Oregon, and I’m having the inner fight about whether to reach out to a person. I met a guy in early 2019 for what was supposed to be a one-night stand but it turned into an entire-year stand. We hung out and hooked up but he told me that he would never date me. In February of 2020, there was a snowstorm and he asked me for a ride. I said yes not realizing that I was picking him up from a girl’s apartment and driving both of them back to his place. He’d been staying with her for a week and told her that he’d knew me from work. We’d never worked together. That night he told me they weren’t dating and that she was just helping him study and that he didn’t want to see or hear from me ever again. He blocked me on all social media. Fast forward to last Sunday. He texts me saying he wants to hook up. The next Sunday he texts asking me for pictures. I ask if he’s seeing someone else and he tells me that isn’t any of my business. We hook up. Now I feel guilty and don’t know what to do. His apartment has mysteriously improved. It’s like a girl has been staying there and it’s most likely the girl from the snowstorm. I don’t know if I should reach out to this girl to tell her what happened. When we first started hooking up in 2019, he said we were exclusive. A couple of months later he said he lied about being exclusive and that I should go get tested. Clearly, this is a pattern for him. Should I warn the woman he’s with now? I definitely would’ve appreciated it if someone had warned me about this guy in 2019.

Dear HUNG: Someone actually did warn you about this guy in 2019, HUNG: the guy himself, this guy, he warned you. He warned you about himself in 2019 and again in 2020 and yet again in 2021. Lying to you about being exclusive and potentially exposing you to various STIs in early 2019 was a warning. Manipulating you into chauffeuring him and his new girlfriend back to his apartment during a snowstorm in 2020 was a warning. Suddenly asking you to hook up in 2021 was a warning and his defensive reaction when you asked if he was seeing someone else (“none of your business”) was a bonus warning. And despite all the warnings, this guy gave over all three years, HUNG, you hooked up with this guy again anyway.

Considering who this guy is and the way he treats people, HUNG, I can only imagine his new girlfriend has received—received and ignored—just as many warnings from him and about him as you did. So I don’t think you should waste your time getting in touch with the woman he’s seeing now, HUNG, as the odds she’ll take your warning seriously after ignoring all the warnings he’s most likely given her himself seem slim. Block his numbers, unfollow him on social, and for fuck’s sake don’t hook up with this asshole again.