‘I don’t know if it’s a midlife crisis or what, but I’ve decided that I want to get f*cked in the ass once in my life’ 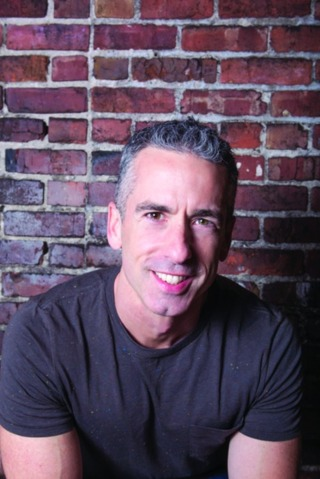 Dear Dan: I’m a 59-year-old man in good health. For basically my whole adult life, I’ve had this problem during intercourse with a woman of (1) being very quick to come and (2) having a too intense “cringey” sensation when I come. This has led to often going soft at the prospect of intercourse. This too-intense feeling makes me stop moving when I come, which is not satisfying at all. It doesn’t happen with hand jobs or oral sex — they feel fine and good. Is this a known phenomenon? And, most importantly, what can I do to get to a point where I can enjoy intercourse? This seriously messes up my enjoyment of sex and my confidence with women. One time, and only one time (out of many with a particular girlfriend), I had intercourse and it felt fine when I came, still thrusting, so I know it’s possible. I have been practicing with a Fleshlight, but it’s still painfully “cringey” when I come. It is not fun and rather depressing.

He Always Really Dreads Penetration And Regrets This

Dear HARDPART: I shared your letter with Dr. Ashley Winter, a urologist in private practice in Portland, Oregon, and the cohost of The Full Release, a sex, health, and relationship podcast. Dr. Winter wanted to note that her comments are a general discussion of a medical topic and NOT individual medical advice. She wanted me to emphasize this point — which she also emphasizes at the top of her terrific podcast — because Dr. Winter is a responsible doctor and not a card-carrying member of the Amalgamated Advice Columnists of America. (Membership in the AACA entitles advice columnists to say pretty much whatever they want.)

“There are three issues at play here,” said Dr. Winter. “First, the pain or ‘cringey’ sensation only associated with vaginal and Fleshlight penetration. Second, being too quick to come. And third, erectile dysfunction. HARDPART insightfully suggests his ED may be related to his performance anxiety as well as anticipated pain, and I would agree with this. I would add that his quick ejaculation is most likely also caused by a mix of ED and pain — the body adapts to pain and erection loss by letting the swimmers off the hook early.”

But why do you experience this pain only during penetrative sex? What is it about PIV (penis in vagina) or PIF (penis in Fleshlight) that causes those painfully cringey feelings?

“If he thrusts more during these activities than he does during oral or hand stimulation, I would expect that either pelvic floor muscle dysfunction or a nerve issue related to the lower spine could be causing the flairs,” said Dr. Winter. “If he were my patient, I would want to know if he has less pain when his partner is on top, which would mean his pelvis is moving less. Also, does he have chronic low back pain? Bowel or bladder issues?”

Dr. Winter and I continued to generally discuss the medical topics raised by your question, HARDPART, and we generally discussed — this is not, again, individual medical advice, but a general discussion — two things someone with your particular issue might want to think about doing. First, a guy with your problem could try taking Viagra — or a related drug — while also using a penis numbing spray. And a guy with your problem should also have his pelvic floor checked out. A urologist can help a guy with a problem like yours determine if there’s something wrong with the complex web of muscles and nerves that crowd together around your junk and, if it is a pelvic floor issue, refer him to a pelvic floor physical therapist.

Finally, a suggestion from me, the person with the AACA card: A guy with a problem like yours — a guy whose dick works a certain way and has worked that way for decades — could save himself the hassle of physical therapy and the side effects of Viagra by accepting his dick and the way his dick works. There are women out there who prefer oral and outercourse to PIV, HARDPART, and you could bed those women with confidence.

Follow Dr. Ashley Winter on Twitter @AshleyGWinter, and check out The Full Release podcast, which she cohosts with comedian Mo Mandel.

Dear Dan: I’m a mostly straight guy in my 40s and I’m married to a woman. I don’t know if it’s a midlife crisis or what, but I’ve decided that I want to get fucked in the ass once in my life. I will be visiting Hamburg soon, and it’s my understanding that sex work is legal in Germany. I want your help sorting out the legal, ethical, and practical issues.

1. Legal issue. Paying for sex in Germany is legal, right? But even if sex work is legal, that doesn’t mean every sex worker is doing it voluntarily. I prefer people closer to my own age, and I imagine a 40-year-old sex worker is less likely to be exploited, right? What else can I do to ensure that I’m not with a trafficked individual?

2. Ethical issue. After many years and many near-divorce situations, my wife and I have adopted a more tolerant (or more apathetic) posture toward each other. She has on several occasions told me that she doesn’t care who I fuck. While I haven’t acted on it, she has said it often enough that I believe her. We’ve talked about an open relationship, but she wasn’t enthusiastic. My best guess is that she doesn’t want to know if I do anything “gay,” while also not wanting me to form any emotional attachments. Do I ask her again if she really doesn’t care who I fuck? Or do her previous statements suffice?

3. Practical issues. Is a condom enough protection? How do I avoid things like herpes and crabs? Other than emptying ye olde bowels, what other steps should I take before asking a male German escort to fuck me in the ass? And how do I ask? Google Translate suggests “Fick mich in den Arsch,” which is an unappealing thing to say. Maybe there’s something sexier?

2. The wife who lovingly and apathetically tolerates your soon-to-be-fucked ass has already told you — and told you more than once — that she doesn’t care who you fuck. She also doesn’t want to know if you fuck someone else. Asking if she meant it immediately before flying off to Hamburg — double-checking to make sure she really doesn’t care who you fuck — would basically mean telling her you know you’re going to fuck someone else in Hamburg (and fuck them all “gay” and shit), and she’s already told you she doesn’t want to know. Taking her at her word, i.e., allowing her previous statements to suffice, is the right thing to do.

3. A condom offers highly effective protection from HIV, gonorrhea, syphilis, and chlamydia. For added protection, LEAP, ask your doctor about getting on PrEP, aka Truvada, before your trip. It’s a daily pill that, once built up to full strength (roughly a week), provides highly effective protection against HIV infection. While condoms do provide some protection against herpes, neither condoms nor PrEP will save you from crabs. To make sure your one-and-only ass fucking goes well, empty ye olde bowels and then douche ye olde rectum. Since most German escorts, like most German everybodies, speak English, LEAP, there is no need for an English-to-German dictionary. Just say, “Fuck my ass, please.”

On the Lovecast, the Atlantic’s Kate Julian on why the kids aren’t having sex: savagelovecast.com.