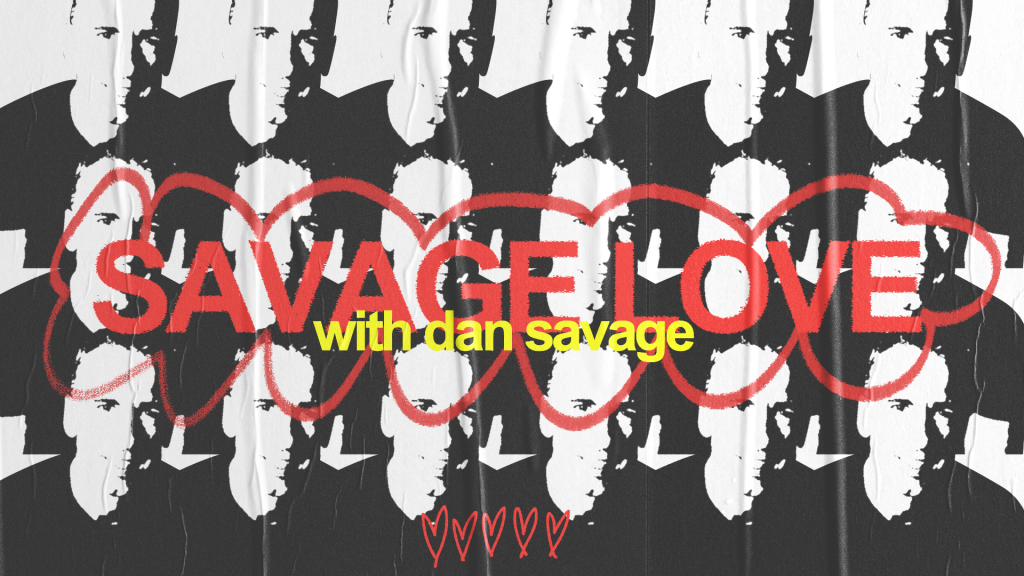 Dear Dan: I had a stroke a year ago. The woman I was dating at the time stepped away. I have no hard feelings but I long for intimacy again. I am profoundly grateful that I don’t have any major outward injuries from the stroke, but my stamina is still very low and might always be. That makes me self-conscious and insecure about sex. Would it be “over-sharing” if I told someone about my stroke before we go to bed for the first time? It seems like it will kill the mood and almost certainly make things less fun. Am I obligated to share this information?

Dear OOPS: You’re not obligated to share this kind of health information before going to bed with someone for the first time, OOPS, but you might wanna share it. At the root of your worries about post-stroke stamina is a fear of falling short of a new partner’s expectations—expectations shaped by assumptions a new partner might about your stamina based on your overall appearance of good health. Resetting your partner’s expectations will take the pressure off—indeed, if you tell a new partner you recently had a stroke, OOPS, you’ll most likely exceed her (reset) expectations. And that could give your sexual self-confidence a welcome boost.

Dear Dan: I’m a recently separated 42-year-old straight male. I’m internet dating for the first time, and I met an awesome girl who makes me laugh, makes me playlists on Spotify, and is just generally amazing. Of course, there’s a glitch: I’m not attracted to her. I tried but I think the romantic relationship needs to end. She has mentioned several times in the last couple of months that I treat her better than anybody she’s ever dated. (That blows my mind—apparently cooking dinner, occasional flowers, and returning texts puts me head and shoulders above everyone else?) My question: How do you break that kind of news to someone without looking like an asshole?

You’re a newly separated man and you’ve only been seeing this woman for a couple of months. If her expectations were reasonable and she kept them in check, AHOLE, then she knows the odds were stacked against something long-term. She’ll still be sad about the relationship ending and she might think you’re an asshole for ending it—she might actually need to think you’re an asshole to cauterize the emotional wound (so don’t argue with her if she calls you an asshole)—but if you didn’t make any premature declarations of undying love, AHOLE, then she’s unlikely to think you’re an asshole forever. And looking on the bright side: she may be less likely to put up with guys who don’t cook, don’t come through with flowers, and don’t respond to her texts in a reasonable amount of time after being with you.

Dear Dan: My friend’s grandmother was walking through a park when she was accosted by a man asking for sex. (Yes, my friend’s grandmother.) The man wasn’t violent. It was more of a plea for physical affection but definitely one that was made in a rapey way. He had something in his hand but it wasn’t a weapon: it was a negative COVID-19 test. He showed it to her as if to say, “It’s OK! I’m not a real threat!” Is this what we’ve come to as a society? Is the isolation people have suffered over the last year going to result in the rate of sexual assault going up?

Dear PARKS: The combination of our politics and this pandemic seems to have broken some people, PARKS, and brought out the barely suppressed absolute worst in others. I fear things are going to get a lot shittier before they get any better—in our parks, in our politics, and just generally on our planet. Here’s hoping humanity manages to exceed my expectations.

Dear Dan: I’m dating someone 13 years younger than me. He’s a monogamous man and I am not a monogamous woman. We’ve been monogamous due to the pandemic but with the explicit understanding that we won’t work out in the long term due to our different opinions on monogamy. I will be vaccinated soon but I don’t want to break up with him after I get the hots for someone else. That seems like a dick move. My lizard brain tells me that if he would explore non-monogamy he’d come to the conclusion that it’s a good approach. Should I put on my big girl pants and break it off?

-Rip Off The Bandage Albeit Nicely

Dear ROTBAN: You don’t have to end it after finding someone else you wanna fuck—or before—but you will need to give this guy a heads up before you fuck someone else. And who knows? He may be willing to give non-monogamy a try once the pandemic ends (perhaps one-sided non-monogamy, e.g. you’re free to sleep with other people and he’s free to remain monogamous to you), ROTBAN, just as you were willing to give monogamy a try while the pandemic raged. He’s significantly younger but I assume he’s an adult (he is an adult, right?) and, as an adult, he’s free to make his own choices. Your only obligation is to ensure he has all the information he needs to make a fully informed choice.

Dear Dan: Bi-girl, early thirties, in an open relationship with a man. A question of ethics. Say I’m on the apps looking to hook-up with women. I’m upfront that I’m in an open relationship and looking for casual fun. I have no intention of trying to leverage these dates into threesomes with me and my boyfriend. But it turns my boyfriend on to hear about fun I have with other people. Would it be wrong to let my boyfriend come sit, anonymously, in a bar where I’m meeting a date? I’ll ignore him, he won’t stare or approach me and my date, he’ll just get a thrill out of being there. On the one hand, I assume most women wouldn’t be into this scenario. So that’s a reason not to do it. But on the other hand, they wouldn’t know. I realize this depends on actually executing the plan with discretion but that seems doable. Thoughts?

Dear SPIED: This passes my Permissible Secret Perving test (which I unpack at length in an upcoming book)—it passes PSP test so long as the other woman doesn’t know your boyfriend is there and never finds out your boyfriend was there—but it fails the Golden Rule test. Meaning, this probably isn’t something you would want others doing unto you and therefore isn’t something you should do unto others. So Jesus thinks you shouldn’t do this, SPIED, and I think… well, I don’t think you should. That’s too strong a word. But I definitely think you could.

Dear Dan: Do you know what’s in commercial sex lubes? Chemicals. And chemicals are bad and unnatural. Seriously. I prefer olive oil or something else from the kitchen. But whenever I use cooking oils, I find that a tiny layer of dead cells sloughs off my cock. That isn’t a problem, but the cells seem to gather together and it feels like grains of sand. I’m assuming certain oils loosen dead skin cells and it causes this. Are there some oils that don’t do that?

Dear SNS: We use commercial sex lube at our place, SNS, and our cocks aren’t shedding dead skin cells at noticeable/clumpable rates or making our asses feel like they’re packed with sand. And we do know what’s in our lube: our preferred brand, Spunk, is made from avocado and coconut oils and these ingredients, according to Spunk’s website, “are organic and chemical-free.” Now if you Google, say, “chemical composition of avocado oil,” you learn that it, like everything else—including your precious olive oil—is composed of various chemicals. Natural, not man-made, but chemicals still. That said, SNS, if the oils you’re using as lube are causing your dick to disintegrate then you might wanna give Spunk a chance.