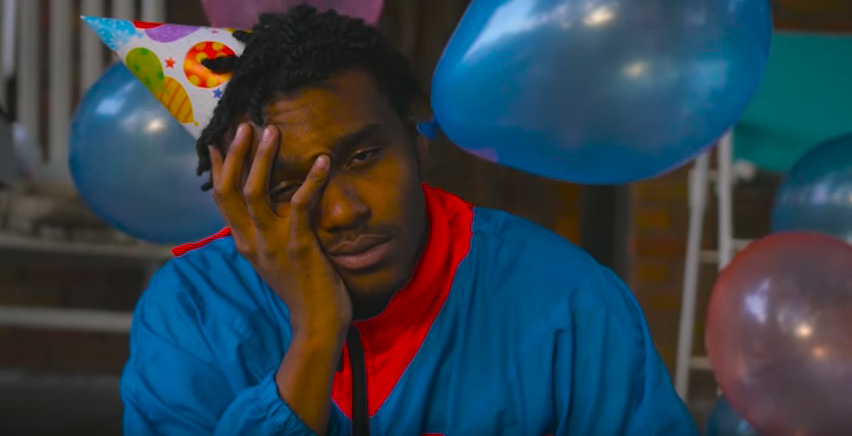 Our latest video roundup blends chill hip-hop and R&B tracks with sunny, Indian-summer imagery to make you forget that Thanksgiving is only a few weeks away.

The title track to Sauce’s Summer Sauce EP, released back in July, gets a solid video that does a lot with a little. We’ve seen quite a few videos featuring emcees walking around, but the animation by Za Ya is this video by Duncan Burnett and Cole DeRuse makes it next-level entertainment. It’s like Snapchat came to life in hi-def.

It seems like every video we have this month is offering us a glimpse at a perfect summer afternoon, and shawnRIDDLE’s look for Tre Tha Lyric’s latest, featuring basketball and porch hangs, is no different. Look for Gee Watts’ feature appearance to provide the assist to Tre’s goal of being “the Michael Jordan of recordin’.”

In Kendu the Stampede’s video for “i,” A’Sean is having a one-man party, and he’s kind of wrecking it. Stomping a pinata, eating all the cake, and hanging on the front porch with this one cat (literally) — all while dropping flow that rides smooth like the cruiser bike he’s taking around.

“RayGun,” off Kye Colors’ latest project, Milk Is Nasty, gets to ride around town with the top down in this video from Shaun Carter and Marko Steez. The beat slaps like gunshots, which ties nicely into the plot of the video. Kye’s on a mission to get his music back from the man who stole it, and he’ll stop at nothing to retrieve it.

Kendu the Stampede makes videos that look damn good. Much like Barrel Maker, he’s a director with a style that stands out. “In the Mix,” from Dame’s Family & Friends, gets oversaturated, derezzed, sped up, and generally thrown off-kilter, which fits in nicely against with warbly xylophone in the song’s beat.

Shaun Carter and Marko Steez bring us another video, this time for Jacoby Bron’s “Pandora,” from his upcoming project, Freak of Nature. Lingering shots of Bron’s chest and sunglasses-wearing woman raise the temperature of any room these images play in. Combine that with the smooth-as-hell R&B on the cut, and it’s like this video is trying to get your computer pregnant.

Are you a local musician with a video you want to share? Email nicholas.spacek@gmail.com.