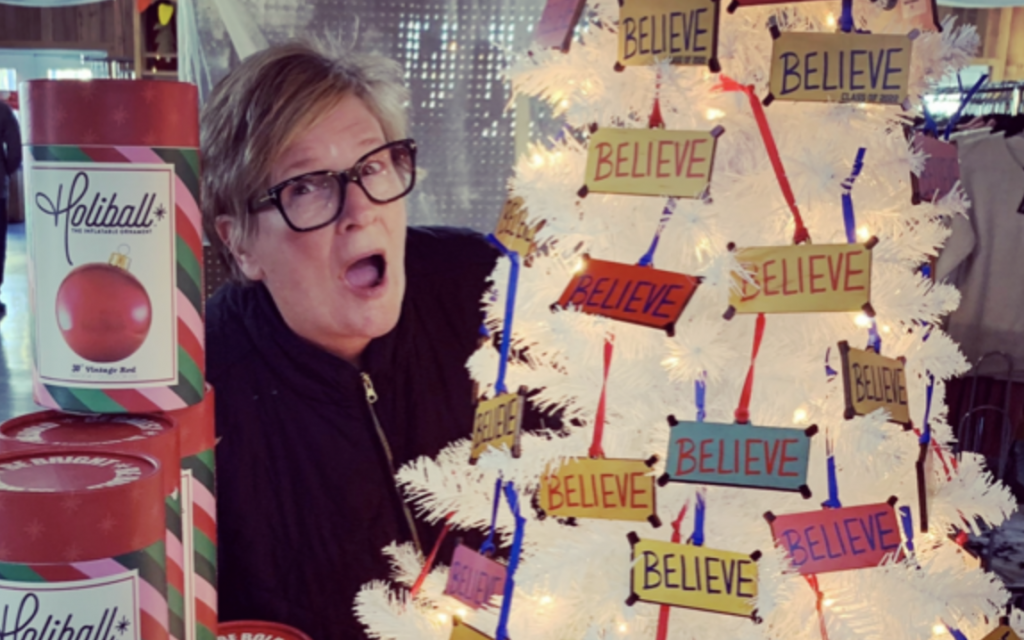 Leanne Stowe brags that she’s a tried-and-true Kansas farm girl who “put the Tom in tomboy.”

She’s also a hometown girl who created a curse word-centric maker business, Annie’s Barn, a decade ago. It’s become a booming venture as Stowe capitalizes on creating snarky whatnot for the masses. When she started creating knicks and/or knacks, it was one part whim, one part necessity.

“Both kids had outgrown the need for my A-grade mom organizing skills and I needed something for myself,” says Stowe. “And we needed the money—so I just literally created something out of nothing.”

Her business began as a fixed price auction site for goods she found at estate sales but Stowe quickly pivoted and started making signs—each a bit more profane than the list.

“They sold out fast, so we made more and more signs, and pretty soon I was the sign lady,” she says. 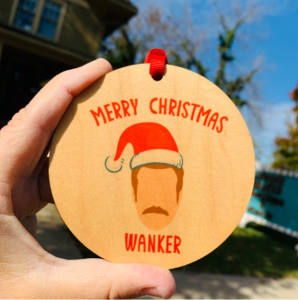 A former headline writer, Stowe knew how to be an equal opportunity offender with only a smattering of words.

“I love typewriter font, so I started doing ‘funny’ words on things,” she adds.

A barrage of sign parties and Etsy sales soon followed. Over the years, her brand extended to mugs, magnets, ornaments, and tumblers. It wasn’t until Stowe introduced blush-worthy coasters that her business hit pay dirt.

“My customers are so loyal, and they drive things I make for them. And our coasters became our bread and butter,” says the Overland Park maker. “People collect the wood coasters!”

Out of all the irreverent sayings that Stowe has come up with over the years, what has resonated from coast to coast?

“One that says: HOLY SHITBALLS YOU’RE AWESOME!” she chuckles. “People love to give that sentiment—and let’s be honest, who doesn’t want to be told that?”

When the pandemic hit, Stowe didn’t quite know what to anticipate. Ever proactive, she quickly realized her sassy quips could be prominently displayed on comfy cloth masks.

“The opportunity arose for me to get a hold of some masks that we could print pretty early,” Stowe says. “We ended up selling thousands through July. I’ve never experienced anything like that—that fast. Hundreds of sales per day.”

While sales didn’t compare to her record-breaking 2019, the introduction of masks certainly helped Stowe stagger through last year.

Locally, Stowe gets plenty of buzz from her customers, which she affectionately refers to as Barnstormers. Stowe says they frequently wipe out her inventory—a good problem to have. But Annie’s Barn got an unlikely social media boost from a celeb married couple who found her brand of blasphemy right up their alley.

When Stowe created a T-shirt that boasted “I, For One, Welcome Our New Pink-Haired Lesbian Overlord”—referring to soccer hero Megan Rapinoe—it caught the eye of author Glennon Doyle and her wife, soccer star Abby Wambach. 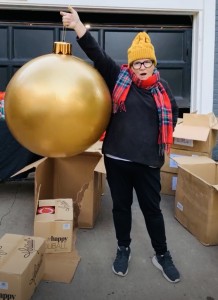 In the ultimate case of right-place-at-the-right time, Stowe offered up some of her wares as a thank you gift for Doyle who spoke at a local 2019 Safehome charity event. Doyle posted Wambach wearing the shirt on Instagram. Rapinoe promptly chimed in that she needed one, and the shirt began trending. Between Wambach, Doyle, and Rapinoe, their social media reach on Instagram is more than four million followers.

“The lesbian community was obsessed with this shirt,” says Stowe.

Stowe’s LGBTQ following has continued to grow leaps and bounds since then.

“We always throw some LGBTQ merch in our line and that endears us to the moms and pops of gay and lesbian kids,” she says. “I’m a parent and to my kids I say, ‘Always my baby you’ll be!’—and I think we always need to hear that.”

“For 2021, we’re selling giant balls. Mega balls,” says. Stowe “They’re glamorous 30-inch ornamental balls. I’ve sold hundreds of them this year. We’re thinking of doing a ball tour—kind of like the holiday lights tour. And if you didn’t get a Ted Lasso-inspired gift this season, are you even paying attention? They’re the rage, the absolute rage.”