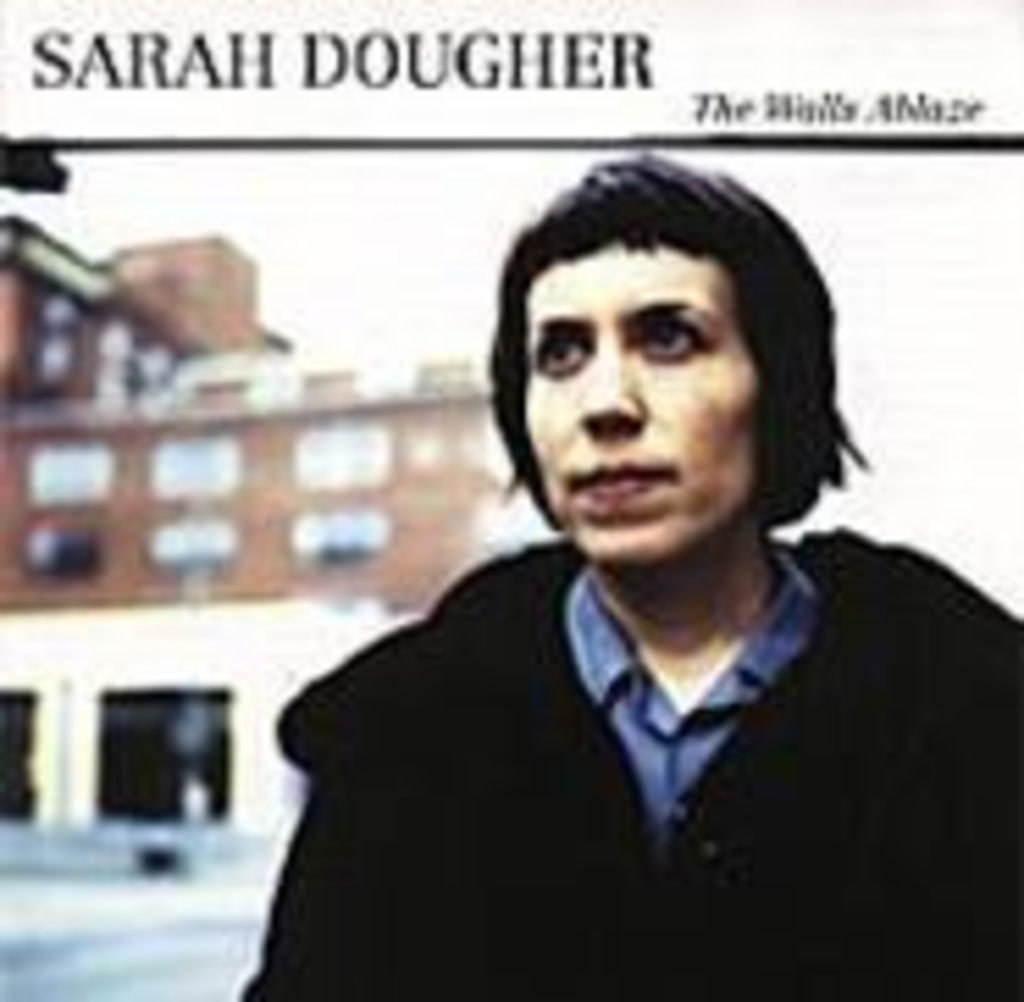 To casual music fans, “singer/songwriter” might seem to be an absurd name for a genre. After all, lots of solo artists sing and pen their own tunes, so why isn’t, say, Bryan Adams placed into this category? Well, Adams is disqualified because it’s easy to lump him into the mainstream rock pile. The singer/songwriter stamp is reserved for those diverse artists who defy such traditional labels as “folk” or even the ambiguous “alternative.”

Take Sarah Dougher, whose album contains traces of everything from punchy Costello-style pop to Carly Simon-style low-key introspection. Absorbed as a whole, The Walls Ablaze is somewhat akin to a less Stoned version of Liz Phair’s 1993 classic, Exile in Guyville, with the sexually frank language replaced by complex character development and self-analysis. Dougher concludes the somber “What She’d Trade” with the line The selfish life of the activist can only be understood by the selfishness of the artist and begins “She Stood Up,” a study of a beleaguered transgendered subject, with the equally poignant verse You force love on a body that you can’t understand.

Clever lyrical content is to be expected from Dougher, who possesses a Ph.D. in comparative literature, and, judging from her previous contributions to the trio Cadallaca, musical intricacy is another virtual guarantee. Dougher teams with Jon Reuter in a two-guitar, no-bass lineup that brings to mind a stripped-down version of Sleater-Kinney (even more so, considering that the group’s drummer, Janet Weiss, provides percussion on four of the tracks), with Dougher’s flexible vocals floating over an ethereal melody line and a steady foundation riff. After maintaining a heavenly high tone throughout “The New Carissa,” Dougher adds some edge to her voice on the standout “Mirror/Shield,” warning Keep your mirror away from me, lady.

The album-opening title track, with its gloomy vocals and downbeat guitar progression, exemplifies how difficult it is to pigeonhole Dougher’s work. It creates a sparse, chilly mood even as its infectious hooks sink into listeners’ skulls. It also proves why the eclectic artists who carry the slippery singer/songwriter mantle usually become critical darlings.