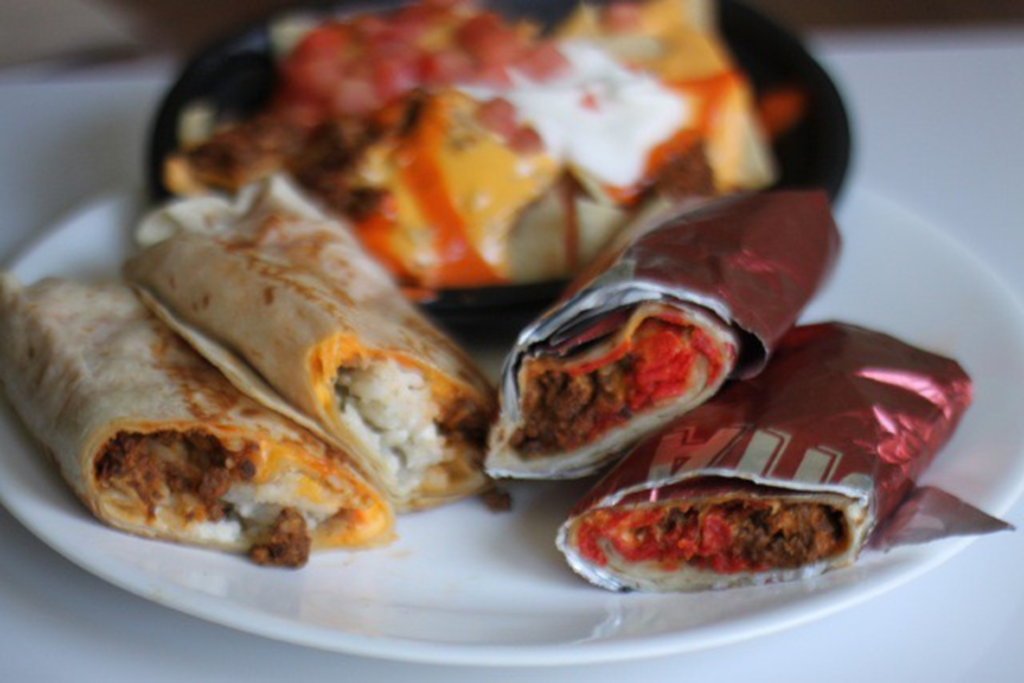 Like a booze-fueled mirage, Taco Bell appears in my line of sight only if I’ve had at least three strong drinks. Come that fifth shot, there it is: a hazy, nacho-cheese-colored beacon, lighting up a cloud that rains watery hot sauce.

Until very recently, in fact, I’d never eaten Taco Bell sober. (And really, how often have you?)

But then last month, the restaurant chain began testing a Sriracha-spiked menu at 70 Kansas City–area locations. Oh, Sriracha, if anything was ever going to make me want to eat something called a “gordita,” it’s you, you rust-colored savior of food.

For a while, I was such a terrible cook that dinner functioned solely as a Sriracha delivery system. The condiment’s all-encompassing chili-garlic flavor is strong enough to satisfy hot-sauce aficionados, yet it’s not too overpowering for softer taste buds. Like ketchup, it instantly makes any dish at least satisfactory.

But is Sriracha enough to make Taco Bell palatable on an alcohol-free Sunday afternoon? I suddenly needed to know.

To ensure that I had objective evidence, I ordered three items from the Sriracha menu: a beef griller, nachos, and a quesarito (basically a burrito wrapped in a quesadilla). All three contained some variation of the same ingredients: Sriracha-spiced beef, cheese, sour cream, tortillas (soft or crunchy), and “Sriracha crema” sauce.

Early in the game, the situation looked dire. By the time I’d transported the food from the takeout counter to my couch, the nachos were soggy. Swimming in liquid cheese, beans, sour cream, and ample splashes of red-hot rooster sauce, the dish had become a viscous winter stew. When I lifted a beef-laden chip, it folded like wet cardboard.

“How am I supposed to eat this?” I asked my boyfriend.

“That’s what the spork is for,” he said, handing me the awkward, three-pronged plastic implement.

I managed to shovel in a couple of bites before I gave up and moved on to the quesarito, which I think must be Spanish for “fucking order something else.” The quesadilla holding the thing together was somewhat rubbery, and the beef had an unusual flavor.

“What am I tasting right now?” I asked my boyfriend, holding a piece of meat on my tongue.

But then I placed it: The flavor was similar to an ancient bag of vegetables I had excavated from the back of the freezer a few weeks ago. To be fair, my boyfriend eats fast food regularly, and he gave the nachos a positive review. His exact words: “The sauce was good.” He also said it was spicy. So there’s that.

The best item I tried was the beef griller. Stuffed with meat, rice, sour cream, cheese and crispy red tortilla strips, it had the most appealing texture of the three things I ordered. The mixture of nacho cheese and Sriracha sauce shot out the top of the tortilla when I took a bite and dominated my palate, making the experience reminiscent of scarfing some nachos at a Royals game. I didn’t totally hate myself after eating it.

But I also won’t pick it up next time I want a snack. Still, I learned something: There are some foods that even Sriracha can’t save.