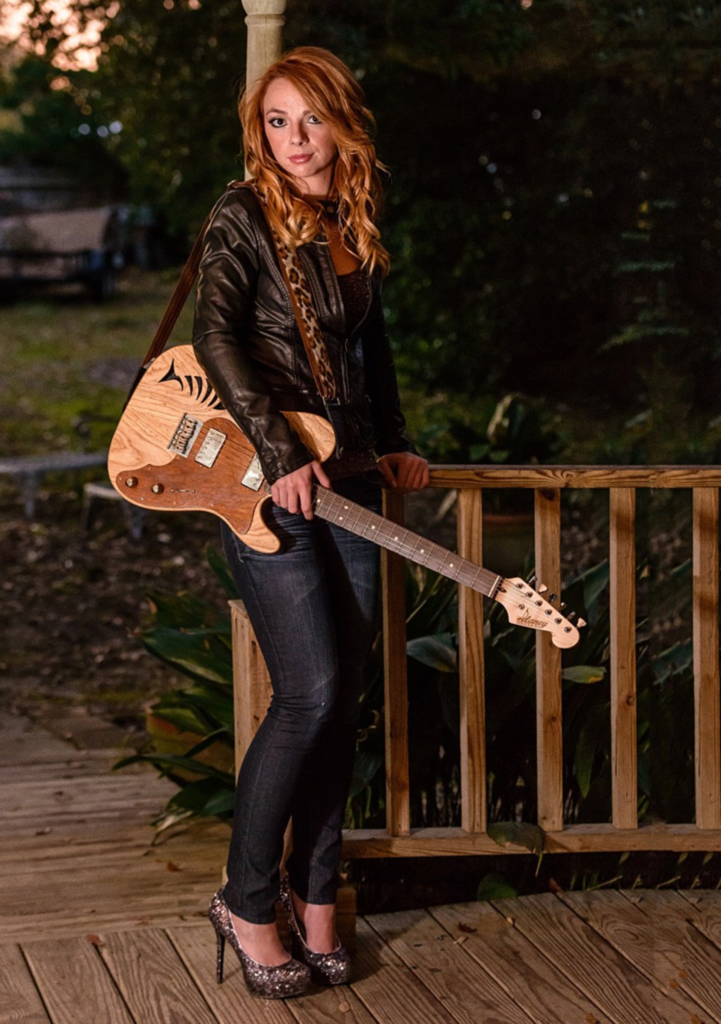 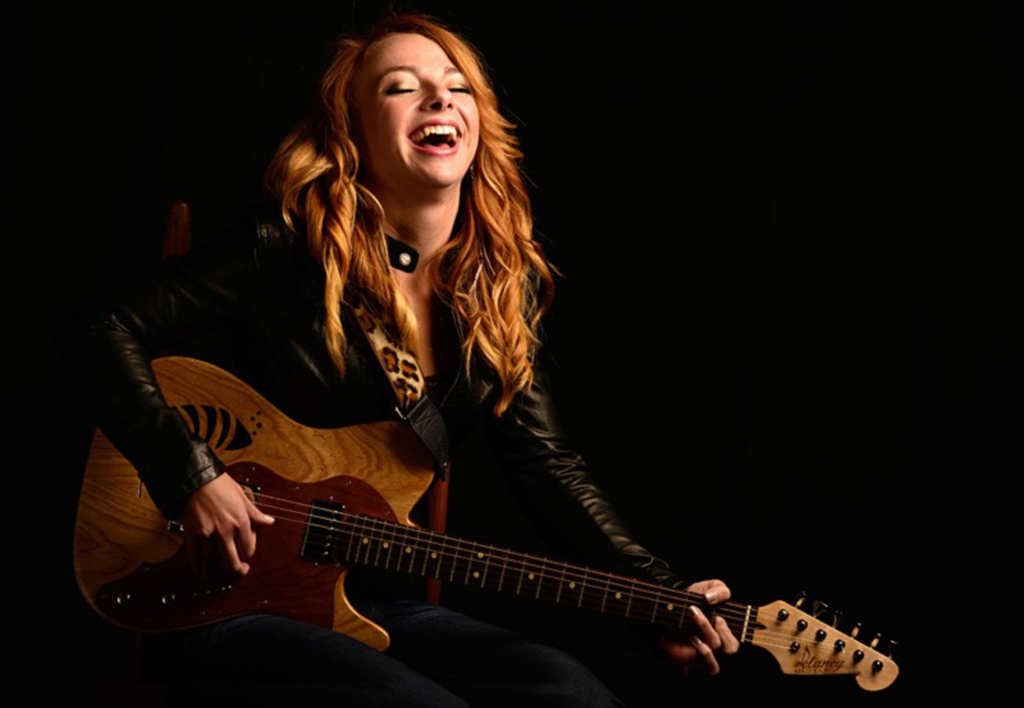 The night almost never happened earlier this summer when Samantha Fish jammed with blues pioneer Buddy Guy. Fish and her band had hauled ass from a gig in Canada to make it to their sold-out show with Guy and Jonny Lang at VooDoo Lounge in Harrah’s Casino.

“We’d befriended Buddy’s son, Greg, when we were in Chicago playing at his club [Buddy Guy’s Legends],” Fish explained. “He was in KC for Fourth of July weekend and had jammed with us a couple nights before at B.B.’s.”

Fish had an informal invitation to join Guy onstage, but nothing was set in stone. “You could tell that he really didn’t want to do it, but that night Jonny Lang gave this speech during the show about how Buddy really helps out the youth. So after that, he really couldn’t deny me.”

And so the 24-year-old Fish, wearing a pair of black-leather pants and high heels, joined the 76-year-old legend to jam. The petite blonde from KCK, with her custom-made Delaney guitar (complete with a fish carved into the body), held her own.

Last month, fresh off what she called a “leisurely West Coast tour,” Fish met up to chat about her new album, Black Wind Howlin’, at a coffee shop in Waldo. She parked her 16-passenger van in the lot across the street and walked in wearing a sequined top and big sunglasses. She pulled out a copy of her not-yet-released CD and handed it over.

“This record isn’t rushed,” she said. “The songs are more mature, more deliberate. They’re ideas that make sense to me.”

The album is her third. Her first effort, Live Bait, is a compilation of live pieces that was released in 2010. The second is Runaway, a full-length that was recorded in Berlin while she was on Ruf Records’ overseas Girls With Guitars tour. “That was kind of rushed,” she said of Runaway. “And the people we worked with to record it were all German, so it just came out kind of different than what I expected. I mean, it was my first record, so I didn’t really know what I wanted.”

Despite Fish’s misgivings, Runaway was awarded a Blues Music Award last year by the Blues Foundation for Best New Artist Debut — a huge accomplishment by most standards.

Runaway was produced by one of Fish’s mentors, the St. Louis guitarist, singer and songwriter Mike Zito. “I met Sam at Knuckleheads when she was still in high school,” Zito said recently, from New Orleans. “Her dad brought her to my show, and she was learning to play and sing. We’d have her sit in, and she was just getting started, but every time I saw her, she kept getting better.”

Fish re-enlisted Zito for Black Wind Howlin’, which was recorded at Dockside Studios, in Maurice, Louisiana — Cajun country. Charlie Wooten and Yohann Rico, Zito’s bandmates in his blues-rock supergroup Southern Royal Brotherhood, were also brought in for the session.

The album scans as more mature than Fish’s previous output, largely because she’s incorporating different elements: more roots, rock, Americana and country sounds. It’s bigger than just blues. The final song on the album, “Last September,” is a two-steppin’ ballad; listening, you can picture Fish wearing a long white skirt and cowboy boots, singing at a barn dance. She gets kind of sexy on “Let’s Have Some Fun” — just Fish on a steel resonator.

Fish credits the emotional nature of the songs on the album to Zito. “There’s more storytelling on this record, and the writing is more focused,” she said. “But there were definitely times when we’d butt heads.” She acknowledges that’s part of the game: “It’s his job to piss you off and rough you up a bit, but he also knew when to pick me up. I get the best takes when I’m worked up.”

“Sam and I have very similar musical tastes,” Zito said. “We like real music — emotional, raw, passionate music. And she’s never satisfied. She wants to get better. And that’s what it’s all about.”

And these tastes — combined with Zito’s wheedling and Fish’s enthusiastic experimentation with guitars — do contribute to Fish’s acknowledgment that some segments of the blues crowd might not embrace this album. “Most of Black Wind Howlin’ is a departure from the traditional blues sound, but to me, it’s 100 percent genuine to my sound,” she said. “I want the fans to like us for our own sound, not a genre they think we should fit into.”