Sam Baker brings his hidden talent to the Folly 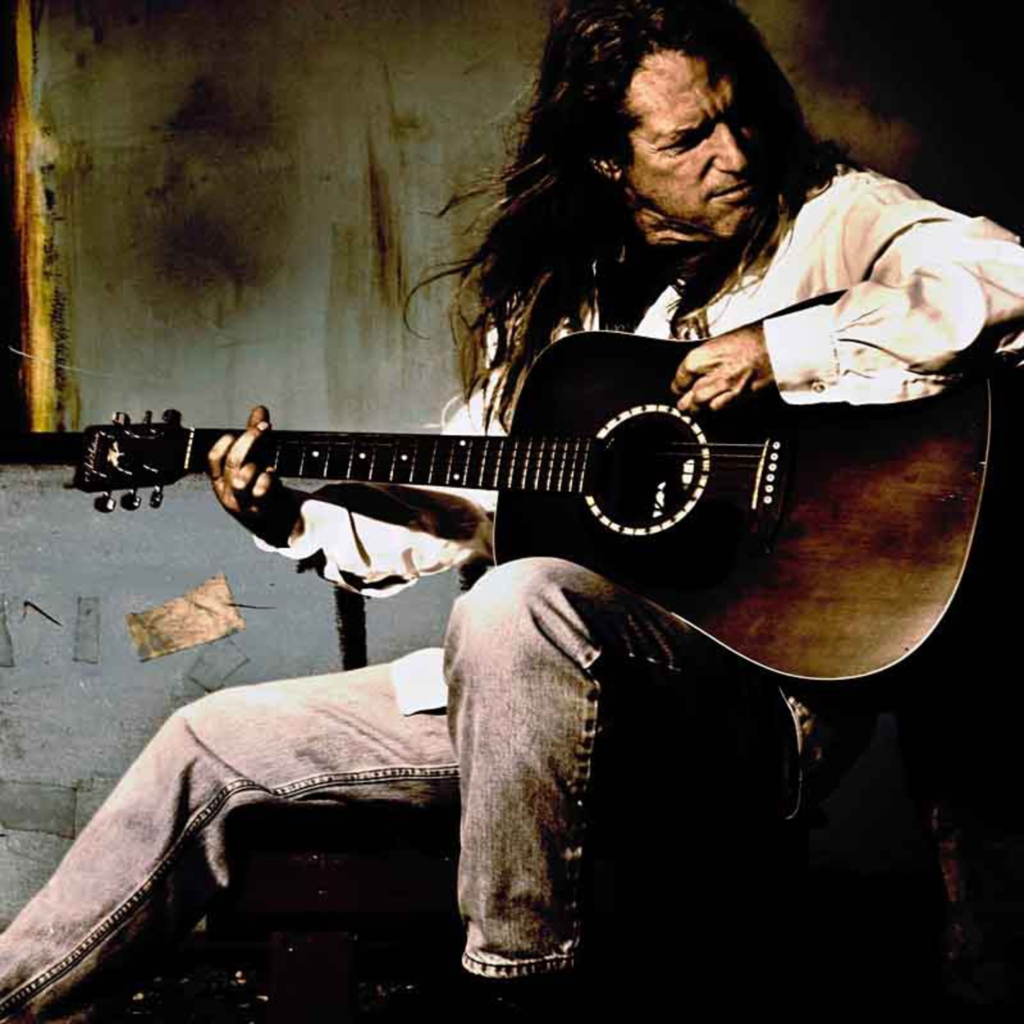 Two years ago, Texas songwriter Sam Baker performed in Kansas City as part of the Folly Theater’s Cyprus Avenue series, and toward the end of one of his big, painful folk songs, a quiet calm enveloped the room. It was the kind of song that opens up a previously undiscovered cavern of loss in the heart. Audience members dabbed at their eyes; some simply covered their faces with their hands. As the last chord died away, an enthusiastic fan called out a request for an even more devastating tune, and Baker simply looked up, shook his head, smiled a little and said, “Aww, ma’am … that’s just piling sad on top of sad.”

That evening was a surprise for both audience and singer: the former confounded by Baker’s obscurity, the latter awed that a relatively full house was so familiar with his music. “These are all pretty hidden songs, and I’m a pretty hidden artist,” Baker tells The Pitch. “I didn’t start doing shows till 2004.”

Prior to 2004 (the year Baker’s debut album, Mercy, was released), the Itasca, Texas, native was an unknown talent, working as a project manager building apartments. But listen to the 58-year-old and you hear a natural: a distinct voice conveying a hint of Guy Clark’s compressed storytelling, a touch of John Prine’s humor (and his “Hello in There” heartbreak), and a giant splash of Townes Van Zandt’s lean prose and wide-open spaces. Baker’s songs consistently reach for the visceral and the true. In “Baseball,” the common details of a baseball game — a woman with a blanket-wrapped baby in her arms, a husband buying a Coke for his thirsty wife — butt up against lines like Well, there’s soldiers, in the way of harm.

“I went to a kids’ baseball game,” Baker explains of the song. “We were about to jump in on another war, and I just wrote down what was going on. The kids are happy. They’ve got good uniforms on. They don’t throw very well. They don’t catch very well. They don’t care. They’re completely happy to be there — the parents and the fans, too. It’s just family, and they’re all completely enjoying that moment.” The chorus of “Baseball” — just four words, Boys laugh/Boys play — is full of impossible stretches and pauses that boil the song down to something far less simple. In every song, Baker’s phrasing is as important as his words. And his leap from Tuesday-night banality to midnight-blue mortality is one of his defining strengths.

Mortality is perhaps a less nebulous idea to Baker than most. On a visit to Peru in 1986, the terrorist group Shining Path planted a bomb on a train he happened to be riding. A German family in his train car, including a young boy, was killed; Baker barely survived. The effects of that South American tragedy inform not just Baker’s lyrics but also his delivery.

“Coming out of that, I had a brain injury,” he says. “For a while, I couldn’t remember certain nouns. I’d have to Rolodex through a bunch of words till I got one that I thought was right. And sometimes it would be right, and sometimes it wouldn’t be. My guess is that part of my cadence is a habit of looking for words … or not trusting that I’ll have the word that I want, and I’ll have to retrieve it and replace it with something that’s more accurate.”

As host of the KCUR 89.3 radio show Cyprus Avenue and the Folly series that bears its name, Bill Shapiro has been an enthusiastic supporter of Baker and his music. “Sam’s stuff’s pretty heavy, just like life’s pretty heavy,” Shapiro says. “He reaches inside and he does it with grace.”

But it would be a mistake to think of Baker as a mournful man. Onstage between songs and on the phone, the man is practically raucous. Shapiro remembers: “The first time I met Sam is when I brought him in [for the Folly show] a few years ago. I always go down to the sound check to be sure it’s going to sound right. I got up and extended my hand, and he walked right through my hand and gave me the warmest bearhug I’ve ever had.”

Baker knows that audiences want a little laughter, and his offbeat sense of humor drives some of his best songs. The song “Change,” for example, features a barber without a nose. “That was actually true,” Baker says. “That’s the way it was so long ago in Texas. Things like that were considered not out of the ordinary. His name was Pops, and he didn’t have a nose. And it sounds goofy. Now, for Pops, I think it was probably a terrible thing. But to see that through the eyes of a kid getting a burr haircut every week, it’s a legitimate view of the world.”

It’s not uncommon when performing for Baker to tell wild road stories, tales of a drunken Hank Williams or even an occasional ragged, broken pun. “I love humor so much because it’s hard to be anywhere else when you’re laughing,” Baker says. “If you laugh at a joke, I think you have to be present. The second we laugh, it’s hard to be worried about something that happened five years ago or two years ago, or your kids or your grandparents or husband or wife, or what’s going to happen tomorrow. You’re compelled to be present just at that moment.”

This weekend’s Folly show helps mark the 30th anniversary of the now 112-year-old Folly narrowly escaping the wrecking ball. (Without the financial rescue that occurred three decades ago, the theater would have become just another downtown parking lot.) Baker has taken an interest in the history of the theater, which over the years has played host to vaudeville, burlesque and adult movies. “Every human emotion has been onstage there,” he says. “And I think every naked human body part has been shown from that stage.”

For his set, Baker promises plenty of as-yet-unrecorded material. Of the new stuff, he offers an explanation that’s probably not far from his own personal philosophy. “Sometimes I do sad on sad, but sometimes I do happy on happy and goofy on goofy,” he says. “I think it’s OK to stack things, one on top of another.”