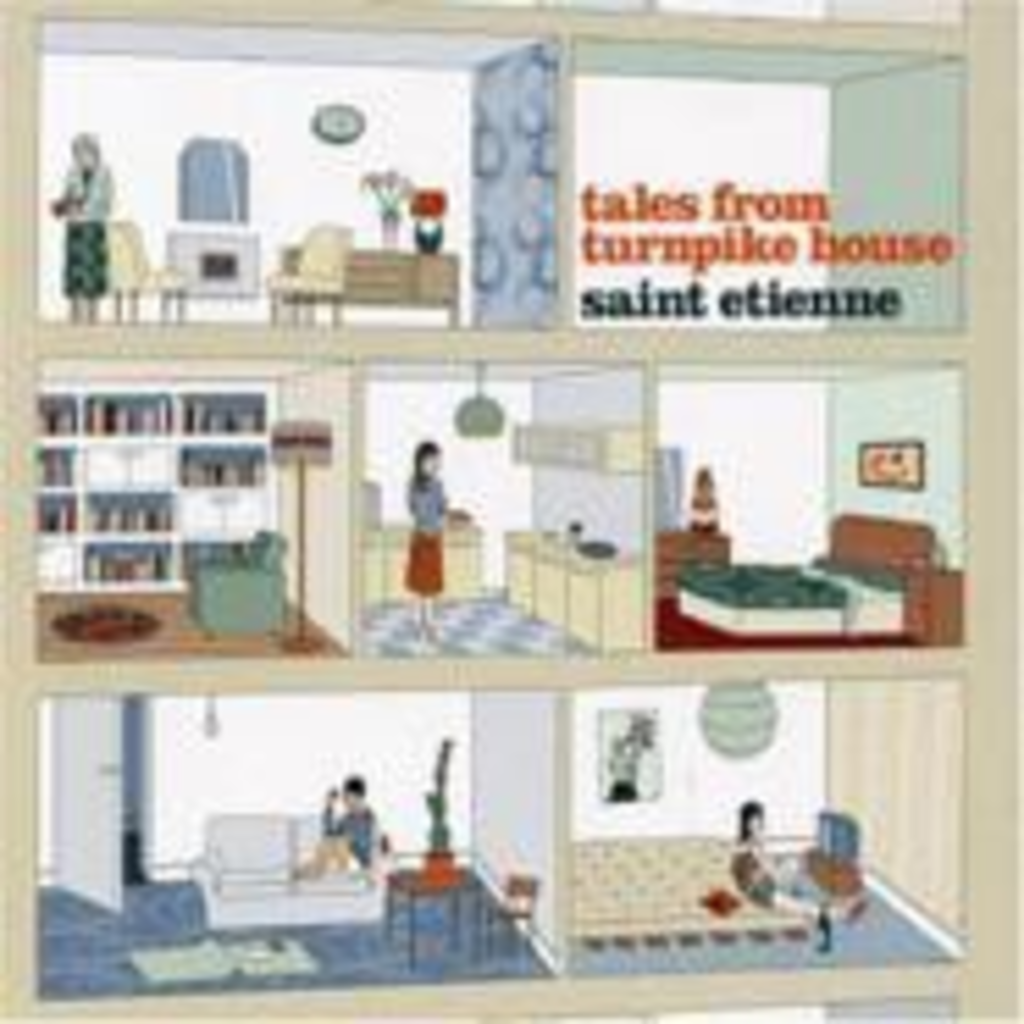 Perhaps no other act has made so perilous a leap between record labels as English trio Saint Etienne, which just moved from indie rocking Sub Pop to venerable jazz stalwart Savoy. But Tales From the Turnpike House is no midlife crisis; these icons of early ’90s cool Britannia have been urban sophisticates since their mums were spoon-feeding them trifle. This gorgeously produced, playful record only strays near actual jazz with a few sambalike textures, preferring to dip into things like ’60s pop, as on the baroque diorama “Milk Bottle Symphony,” or bubbly, straight disco, as on the Madonna-shaming “Stars Above Us.” The lyrics explore age and domesticity, particularly on “Teenage Winter,” in which silver-voiced Sarah Cracknell waxes nostalgic with self-awareness and shrugging humor. But any question of pervading mellowness goes right out the window with the stalking, literate glam-rock of “Last Orders for Gary Stead.” Saint Etienne definitely won’t be signing to Vanguard anytime soon.