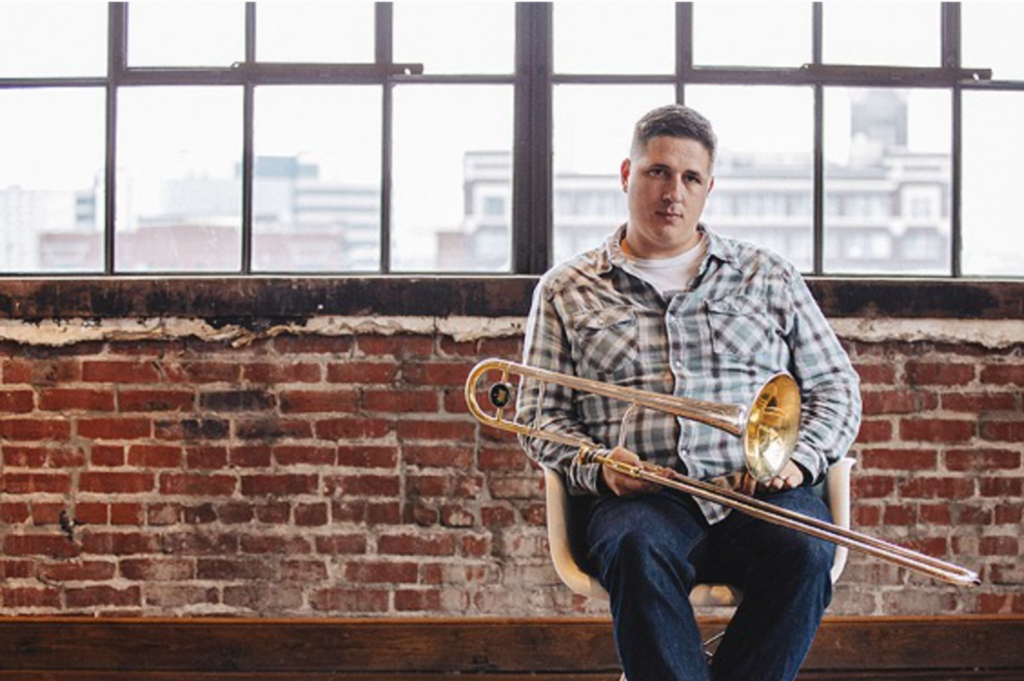 If you missed our cover story on the major Charlie Parker Celebration currently underway, you might not know that starting last Thursday — and continuing until Sunday, August 29 — some of the area’s finest jazz musicians are filling rooms across the city in homage to a legendary Kansas City original.

Among the participating artists is Ryan Heinlein, trombonist and organizer of the Project H, who this Thursday debuts a brand-new ensemble called KC Bone Company with a show at Westport Coffee House. Ahead of the gig, I chatted with Heinlein about the origins of this project.

The Pitch: What is the KC Bone Company?

Basically, it’s gonna be a collective of the best trombone players in town — and there’s a lot of them. It’s a jazz group, so we have a rhythm section — bass, drums and piano — and we write songs for anywhere from two trombones to eight trombones.

Where did you get the notion for this project?

This is something that I’ve wanted to do for a while, and the Charlie Parker celebration was the perfect excuse to get it off the ground. And I’m not doing a whole lot with Project H at the moment — we’re in sort of a lull between albums — so it was the perfect time to start this group up. There’s a lot of really good trombone players in town, and for the most part, trombone players don’t really lead or get a lot of the spotlight. The logistics of the instrument put it at a disadvantage, versus a sax or something in jazz. But there’s a ton of dudes in town that are really good, and I was like, “I don’t think I’ll have a problem getting any of them to play where we’re all in the spotlight.” Originally, it was going to be four or five of us, and then I was like, “Oh, I have to have this dude, and I forgot about this guy.”

Who all is in the group?

I know that on Thursday at Westport Coffee House, you’re going to be performing Charlie Parker arrangements. But beyond that, who is doing the writing and arranging for this group? Just you?

It seems like it would be really challenging to work with this many trombones in one group.

On the trombone, the logistics of the instrument are such that there are basically an infinite amount of mistakes you can make between two positions. It’s like a slide whistle, where you can fall into every hole between pitches. There’s lots of tubing, and it takes more air than other traditional jazz instruments. So we have to move quickly to a position and play it in tune with a good sound. Playing Charlie Parker — who was the master of be-bop, which is incredibly quick melodies — and playing that on trombone is a challenge. It’s tough enough for one person to play it correctly. Add to that an infinite amount of mistakes that can happen, times eight if you have eight trombones.

So it’s not so much that it’s challenging to work with this many people, it’s that this instrument is hard. But Kansas City happens to have a bunch of incredible trombonists, and that makes it possible to do this. Any other town, it might not be possible to get seven or eight guys that are just great at their instrument in this way to agree to this big trombone party.

What does this mean for Project H?

We’ll go out on the road for a few days in the fall. It just worked to get this project [KC Bone Company] started now, with the summer lull, but Project H will be back and fairly busy the rest of the year come the fall.

The Project H defies classification and seeks out new collaborations
In its second year, the Charlie Parker Celebration continues an overdue reconciliation