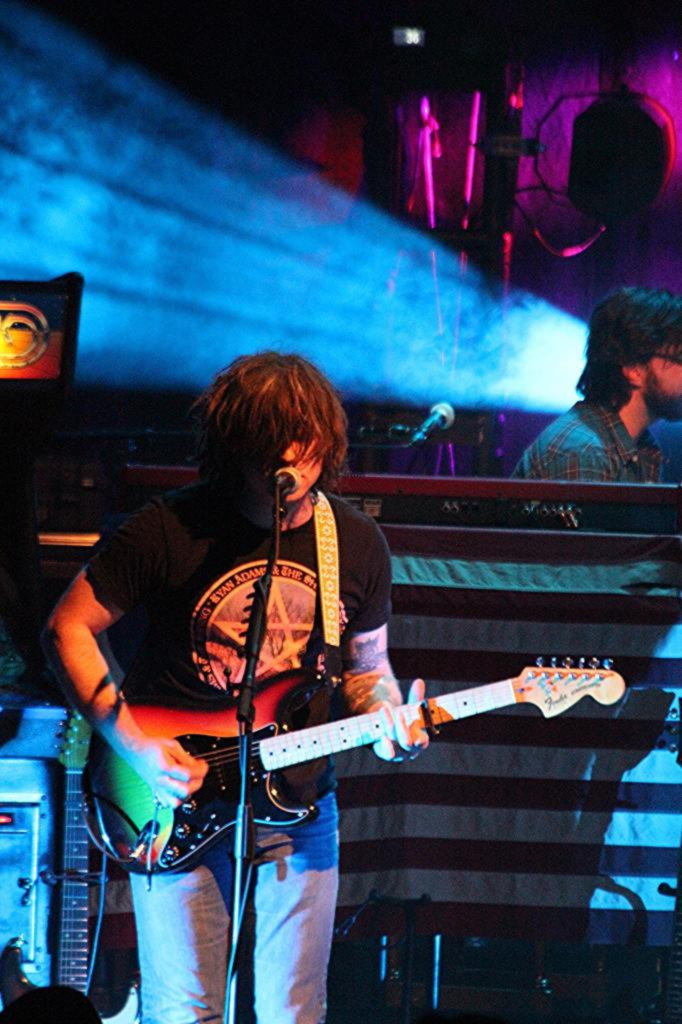 In his 20-plus-year career in music, Ryan Adams has become notorious for a lot of things. He has a history of onstage “meltdowns.” He has left angry voicemails for music critics. He struggles with Meniere’s disease. He quit drinking and restricted alcohol in venues he played in. Something seemed noticeably different last night, though. Perhaps Adams is mellowing with age. (He even recently, finally buried the famous Bryan Adams issues he once had.) Or perhaps he just had a great day, as he noted during the show. Whatever the case, Adams was deeply charming and fun through his strong two-hour, career-spanning set at the Uptown. He allowed photos. He seemed … happy, even.

“Hello. Nice to see you. Welcome,” Adams said as he came to the stage, following a string of 1980s rock anthems that filled the venue prior to his set. With his uncombed, dread-ready shag hanging low, covering his face (as it would all night), he opened with “Gimme Something Good,” off his recently released self-titled album. The venue’s sound was crisp and full. Adams would ask only for a few minor adjustments (unusual both for the Uptown and for Adams). 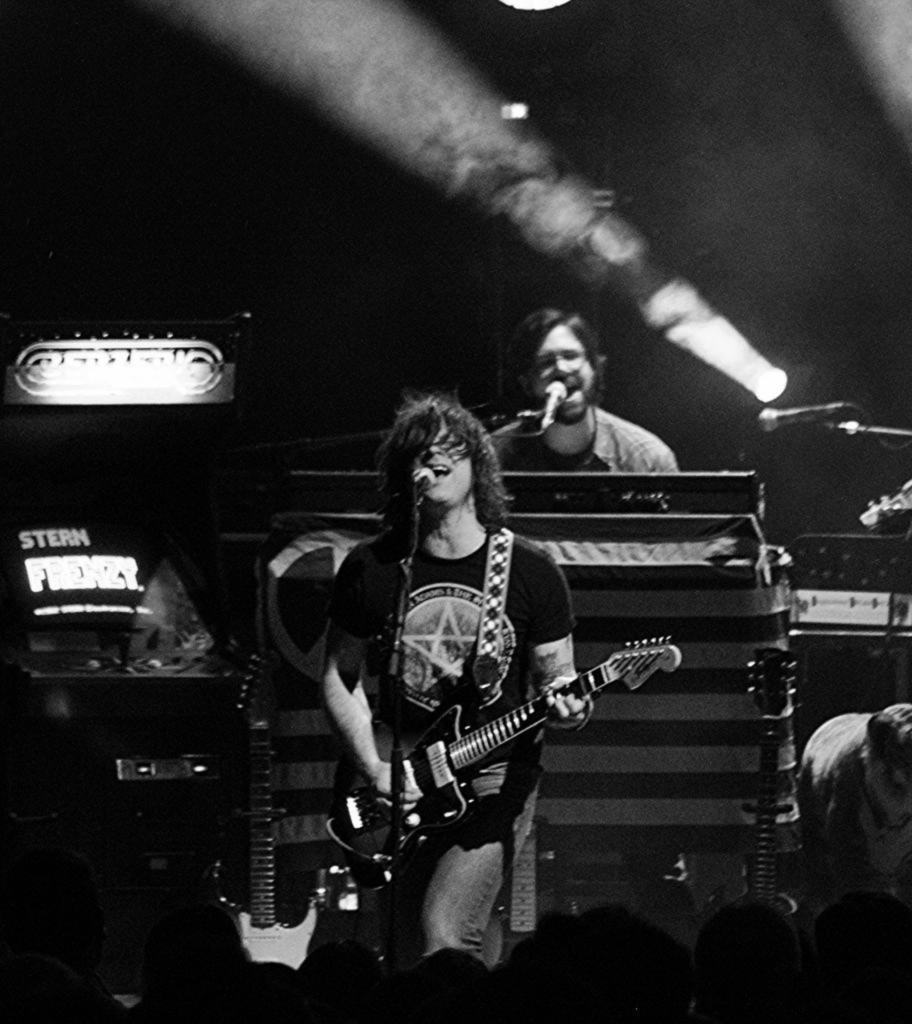 Following a great, full-throated performance of “Magnolia Mountain,” Adams began joking with the audience, first connecting Kyle MacLachlan, Twin Peaks and sativa use. Then he told the audience, totally serious: “I fucking love this town and had the best day today. It’s like the vibe-iest city in the whole country… You have, like, a concrete snail running through the middle of the city.” He then played a stripped-down solo version of his ode to another city and another time, “New York, New York.”

A later story detailed how he recently retaliated against a fellow Twitter user who didn’t like Adams’ negative opinions on modern country music. (OK, so at least a bit the “old” Adams is still in there somewhere.) Adams put on a country accent: “This show is sponsored by Ford trucks, Jesus and fried chicken. Though I don’t know about that Jesus sponsorship. My publicist is looking into it. It’s looking pretty grim.” 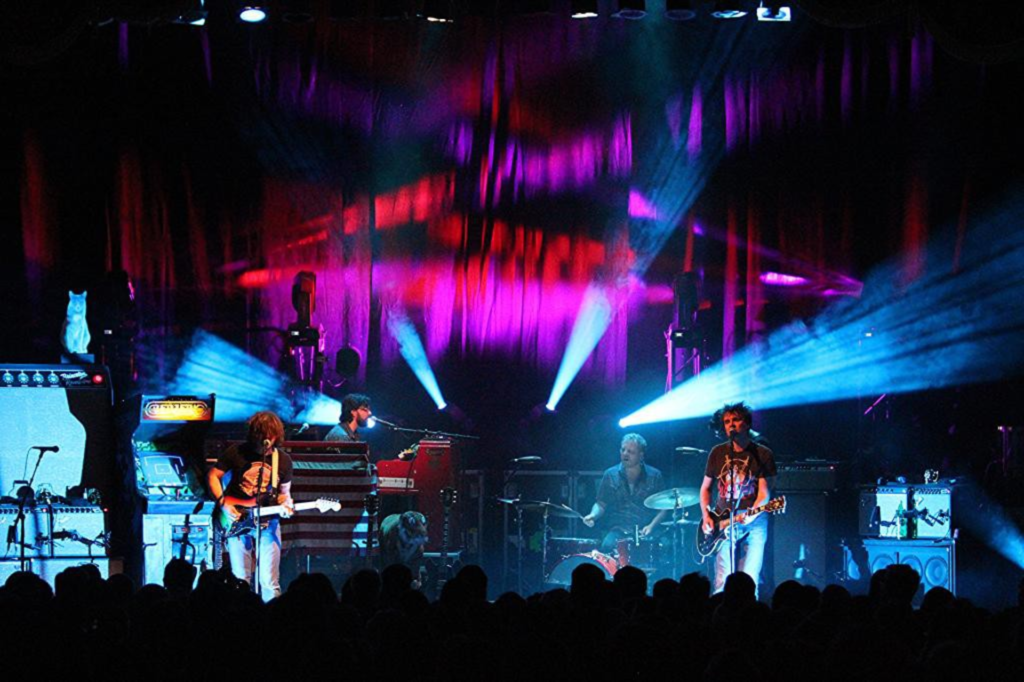 The set was peppered with material from the new record but also included cuts from Cold Roses, Heartbreaker, and even a couple of spontaneous improv pieces. When a fan requested a song that Adams said sounded onstage to him like “Gold’s Bar,” he and the band riffed a surprisingly clever improv: “I’ve been hanging out at Gold’s Bar / Next to Gold’s Gym / I’ve been liftin’ weights for 100 years / Some people would call those my alcoholic years / Dunkin’ Donuts, Bong Rips, Listening to Kiss…”

Adams’ voice sounded strong, and the harmony among band members was palpable (one more thing that has not always been the case in live Adams’ performances). Though most of Adams’ songs clocked in easily under four minutes, the band had room to flex a little bit of muscle with a few extended guitar riffs. The entire band contributed vocals, particularly effective on songs like “Oh My Sweet Carolina.”

Shortly after that song, between “La Cienega Just Smiled” and “My Winding Wheel,” Adams seemed ready to play some faster tunes.

“I made a mistake in the set list and put two ballads next to each other,” Adams said. “The joke is, they’re all ballads. Seriously, guys, we’ll just wrap it up. I’ll be back in, like, two minutes.” He later joked that he included so many solo songs in the set list because he wrote it high. “If you are a cop, you have to tell me,” he added. 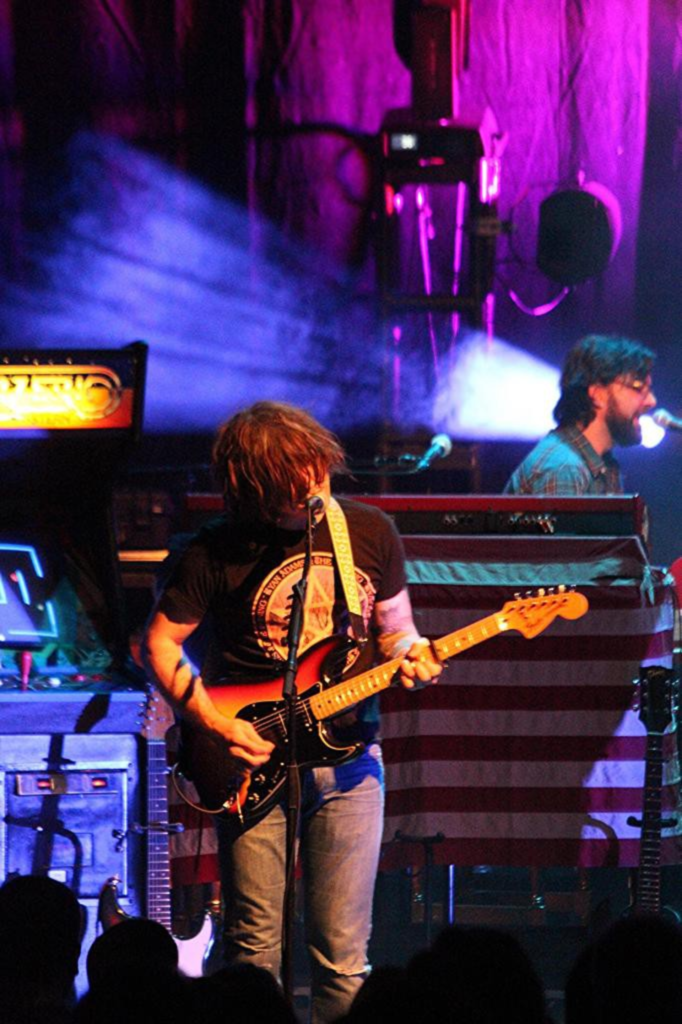 Adams’ performance of “I See Monsters” was perhaps the most affecting song of the evening, giving Adams a full opportunity to display all that he can do so well: tell a story and then control the tempo, volume and mood of that story. His gentle, quiet falsetto nearly silenced the room. When the drums and lights crashed in at the end of the song, you could physically feel the sound waves, even halfway back into the crowd.

He closed with perennial favorite “Come Pick Me Up,” for which he was joined by the show’s opener, Butch Walker. He utilized a move I wish more musicians would, by dismissing the opportunity for an encore ahead of the last song. “This is the encore,” he said. “I don’t even have time to pretend we left the stage and came back.” Even more important, though, he added, “This was so much fun.” It was.

Set list:
Gimme Something Good
Let It Ride
Stay With Me
Dirty Rain
This House Is Not for Sale
Magnolia Mountain
New York, New York
Shadows
A Kiss Before I Go
Dear Chicago
My Wrecking Ball
When the Stars Go Blue
Gold’s Bar Improv
Lucky Now
Do I Wait
Oh My Sweet Carolina
Trouble
La Cienega Just Smiled
My Winding Wheel
Kim
When the Summer Ends
I See Monsters
Come Pick Me Up