Russ Johnson, chairman of KCMO’s Transportation & Infrastructure Committee, seeking a job with companies that put business before that committee 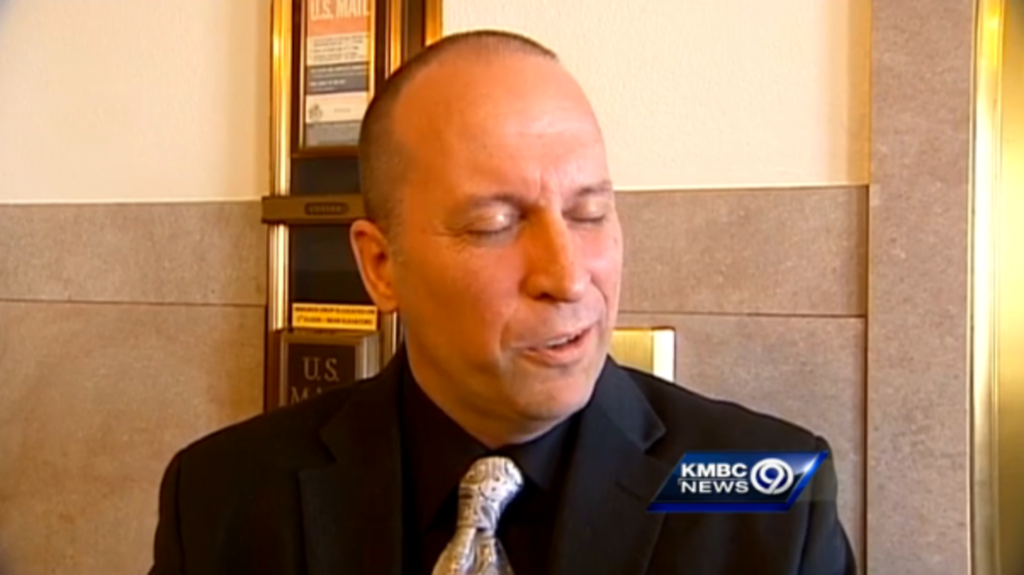 Outgoing Kansas City Councilman Russ Johnson needs a job. His second term as a Northland councilman comes to an end in August.

Johnson’s professional background includes having a one-half ownership stake in a software company. He once reported the value of that investment at a mere $18,000.

In the grand tradition of Missouri politics, Johnson now wants to hook up with companies that he has been good to during his time in office. Specifically, he’s casting his eye toward engineering firms that get city contracts for transportation and infrastructure projects.

As a member of the council, Johnson is only one of 13 votes. But as chairman of the Transportation & Infrastructure Committee, Johnson has more clout than his peers when it comes to public-works contracts. Now it’s time to cash in that clout.

On April 22, Johnson sent a letter to city attorney Bill Geary, telling him that he was soliciting “business relationships” with Burns & McDonnell, HDR, HNTB, Parsons Brinckerhoff and TranSystems. “As such exploration involves my personal financial interests, a conflict of interest now exists with my participation in the selection or awarding of any city contracts with these firms,” Johnson wrote.

Johnson wrote in his letter that he had “recently” begun to hit up those companies for work, so it’s unclear when he started looking to hire on at one of them. He added that he plans to recuse himself from deliberations or votes that involve future contracts with those firms between now and when his term ends. He asked Geary whether there’s anything else he should do.

Stepping down from the chairman’s seat of the Transportation & Infrastructure Committee seems like the appropriate thing to do. It spares the companies he named in his letter from the awkward position of going back before the committee that Johnson chairs, and it would somewhat lower the red flag of having the one politician at City Hall with the most influence over public-works contracts angling for work with frequent vendors.

Besides, there’s no reason that the committee’s vice chairman, Dick Davis, can’t do the job.

We asked Kansas City Mayor Sly James’ office whether James planned to reassign Johnson to a new committee. We received this response:

Johnson has been good to James; he proved to be a fine foil for the mayor when the city tried to extend the streetcar to the University of Missouri-Kansas City and the East Side last August. Johnson got to run up the hill to sell a contentious issue on the city’s behalf, often behaving like a lunatic during the process and generally besmirching the cause.

When Johnson’s political carcass rolled back down that hill, after the streetcar vote lost by a margin of 20 percentage points, it was full of arrows that James hadn’t had to take.

We posed the same question by e-mail to Johnson on Monday but still haven’t gotten a response. For all his supposed computer and software savvy, e-mail doesn’t seem to be his strong suit. We’re still awaiting his reply to questions sent to him weeks ago about where he actually lives.

Johnson was elected to serve the 2nd District, which mostly covers Platte County. But Clay County real-estate records show that he and his wife, Heather Brown (a former city attorney who now runs the Tax Increment Financing Commission of Kansas City), bought a house near Briarcliff in 2012. That residence is in the 4th District, and it isn’t listed as a rental property — presumably Johnson lives there.

We could have waited to stake him out at Thursday’s Transportation & Infrastructure Committee meeting, but such efforts have been fruitless in the past. He once bolted for the City Hall elevators to dodge benign questions from KMBC Channel 9 reporter Micheal Mahoney about the airport. And he ditched several council meetings when he knew a Fox 4 reporter wanted to quiz him about his role in instigating an apparent road rage incident.