Rusko brought all the party to the Midland last night 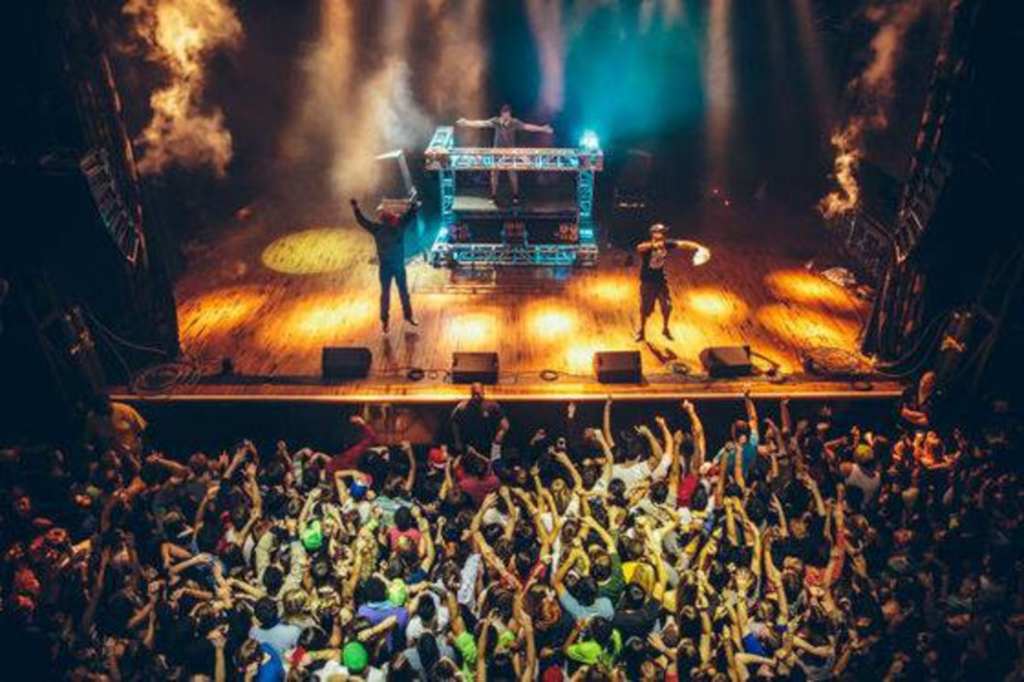 I feel like I have to apologize to dubstep enthusiasts in advance for this review. Going to review English dubstep producer Rusko is, to the average person, going to try and comprehend dubstep itself. For an incredibly popular genre, it is probably the most misunderstood, and I’m sure I will get some references wrong in trying to understand it, but here we go.

Much like the term “Seapunk,” I have never heard anyone use the word “dubstep” without an implied mockery of the genre. The mere mention conjures up images of Monster Energy Drink cans and abusive graphic design. The bass drops, despite finding their way into almost every song in Top 40 radio, seem absurd to the uninitiated. Before last night, if I were to interview a dubstep producer, I would have slyly tried to ask: “Why do you interrupt all of your dance tracks with those samples of dial-up modems?”
But then I went to the Midland and saw Rusko, and it all made sense.

Dubstep has had a long and interesting history over the years. Originally associated with more anarchist-heavy scenes than you’d expect, back before anyone knew what Burning Man was, dubstep took the prevailing Aphex Twin IDM style and made it palatable for ravers to dance to again. The drops are bizarre but they make a lot more sense at a show than they do when they’re snuck into “Wrecking Ball.” Where house music is lulling, druggy and repetitive, dubstep prompts alertness, happy to throw a complete 180 into any moment of a track, constantly keeping the listener awake. This is annoying at first, but so is everything.

The last time I went to the Midland, it was packed with a well-behaved, fully seated crowd in Christmas sweaters. When I arrived at will-call for Rusko, there was a mass of teenage dudes in Dr. Seuss hats lining the sidewalk, obliviously shirtless in the 20-degree downtown night. After we were finished being frisked for weapons at the door, we walked into what could only be described as “a movie.” This was a rave in an oversized venue, a playground for high-school seniors who are too old to just sit on the swings.

The crowd was (and knew it was) the most interesting part of being there, which seemed to encourage it to be even more interesting. Though there was no “hippie” vibe per se, there was a feeling of freedom present to all in the room. Kids danced (poorly) with their partners and didn’t give a shit what they looked like. Dudes who’d gone to the show by themselves stared at the stage, studying the production, without looking like wallflowers. Others, clad in all white jumpsuits, danced frantically by themselves to the side.

Hula-hoop technology has come a long way. These things look like Sonic the Hedgehog now. 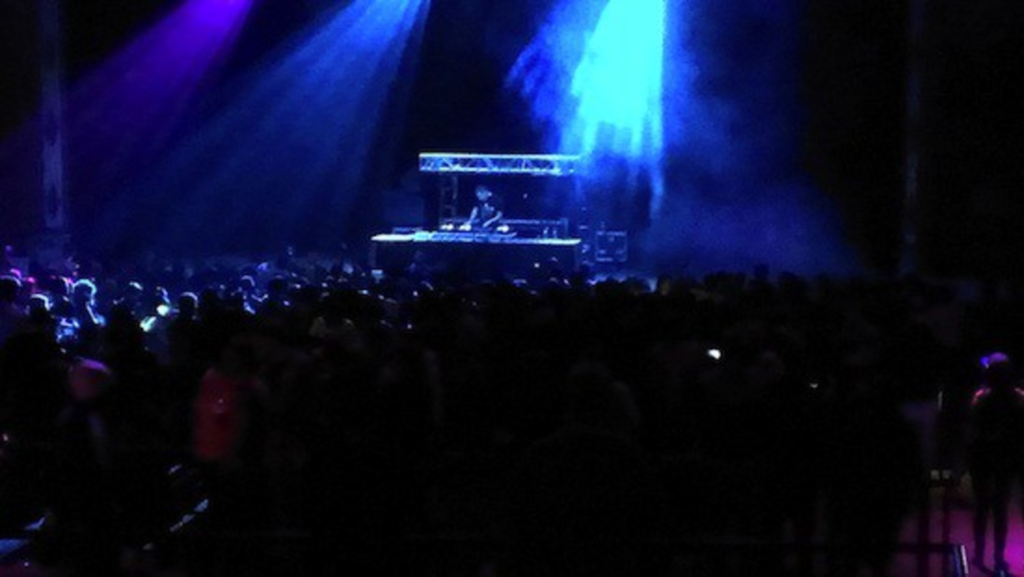 [page]Dubstep crowds picked up cyberpunk where it fell off and kept it rolling. Uggs are put to shame by a fuzzier, taller boot. Creepy all-black facemasks fly. It’s anime, but it’s dangerous. As to drugs and rave culture, I’m sure as shit that there were some kids on ecstacy, but no one offered me any.

The music itself pounded through the auditorium without stopping to breathe. Rusko is known for a more upbeat style of dubstep than his contemporaries; think of him as the Dan Deacon of the genre, and the whole thing was similarly fast paced and manically fun. A remixed Die Antwoord track would take Yolandi Visser’s weird gerbil voice and chop it perfectly into its own beat. This kind of sound jabbed at our ears like villagers throwing spears at a giant until the giant fell down and the lights went up, signifying the next dub bass drop, to which the crowd would throw up one hand and jump around.

The songs changed intensely and rapidly. The drops seemed to open up a track’s potential to go anywhere. Once the bass thing happened, the next part could resume at an entirely different pace, with an entirely different sound, or continue blasting wobble for minutes at a time. It could be remixed rap battle-track beats or more upbeat fantastical Mario-Cart moments, but never was there a point in which you knew what would come next.

Rusko himself looked every bit the solo DJ on a stage character. Though he stood center stage, he was not the focal point of the night, which is probably best for a DJ anyway. He frequently grabbed a mic and yelled out encouragement over the music, while his own voice sampled underneath would come in every five minutes, strangely out of time.

Though he participated as much as a DJ could, Rusko looked unnatural on stage, flinging his hands up at odd moments, yelling without any real sense of how out of place (or rhythm) his voice sounded, wandering away from his table towards the crowd to hype them up but returning rather quickly back to his spot behind it. As with any DJ, you wondered how much he was actually doing when he’d reach for the digital turntables. This is a guy who sits at a computer for very long periods of time to make music to jump around to.

Through it all, I couldn’t help but think that dubstep gets a bad treatment, maybe by virtue of its own presentation, maybe by virtue of its omnipresence. For a style that has made its way so deeply into the norm of pop music, it sounds significantly different than pop music has sounded for the last decade. When Skrillex is featured on a Rhianna track, the two sounds are so dissimilar that it makes Rhianna fans confused, yet by now it is unusual, almost unheard of, for a pop track to ignore dubstep. It’s become its own narrative and to leave it out of a pop song would be as risky as leaving out the vocals.

The actual experience of seeing Rusko, ultimately, is seeing a bunch of kids who like this stuff and freak out to it more than they do to anything else. It’s still electronic dance music, no matter what you say about it, and like any other style of EDM, it did not come out of left-field. Dubstep shares its roots and techniques in the same soil as all dance music: Keep it moving, keep it interesting, and keep them dancing. The rest of us will keep making fun of it, but I’ll do so with the knowledge that it’s more fun to be at a Rusko show than to sit around being a cynical bastard.