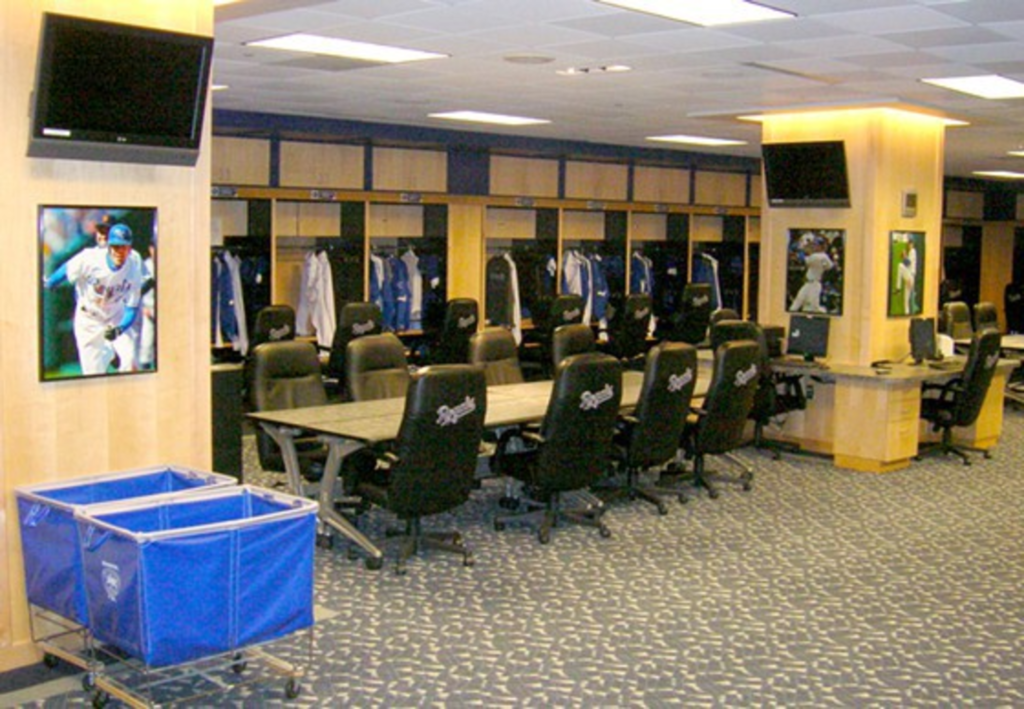 Most Royals fans who are up on their team history know that Missouri native son Rush Limbaugh worked for the team in the early 1980s. That, of course, was before he became the nation’s leading right-wing radio blowhard. Today on his show, Rush chatted about how he spent this weekend in Kansas City, visiting with pal George Brett for the latter’s birthday.

Rush told his millions of listeners that he hadn’t visited the Royals clubhouse (which he calls the locker room) in decades. And, boy, was he impressed at how good today’s ballplayers have it! “There is a full-fledged restaurant in the locker room! If the starting pitcher wants a burger and fries or a cheese omelet 10 minutes before the first pitch, he can get it,” he gushed, according to the show’s transcript.