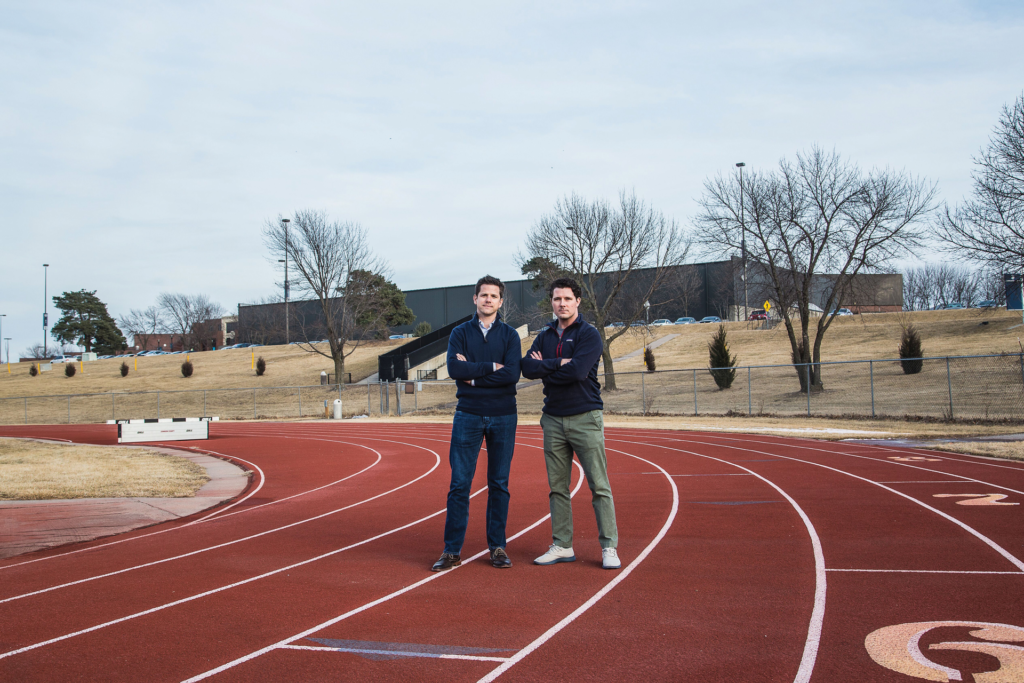 It’s a 17-degree afternoon in January, and, save for a few bundled-up runners, the outdoor track at Johnson County Community College is predictably deserted. The steeplechase water pit — a rare amenity for a community college program — is dry. Former JCCC runner Nick Cole gives a quick tour of the school’s track and field grounds, which includes a 400-meter track and a three-mile cross-country course. Then it’s back inside to the warmer confines of the school’s indoor track.

Those friendships are likely to outlast the grounds on which they were forged. The college’s administrators and trustees decided last year, rather quietly, to end the track and cross country program at the school. Come June, bulldozers will rip up the lanes of the outdoor track and tear out that steeplechase pit.

Cole and other alumni, community supporters, and coaches were stunned by the news. And they still don’t understand the rationale behind the decision. Why cancel a program that has been around 32 years, has 88 top-ten national finishes, 95 conference titles, and whose women’s track team has twice won the “Triple Crown” (cross country, indoor, and outdoor) in regional competitions?

“They say it’s about money, but this is the third-largest college in the state, in one of the richest counties in the country, and the only junior college with an indoor track, outdoor track, and cross country course all on the same campus,” Cole says. “Yet they couldn’t find a way to manage these nationally competitive programs on a lower budget? Get real.” 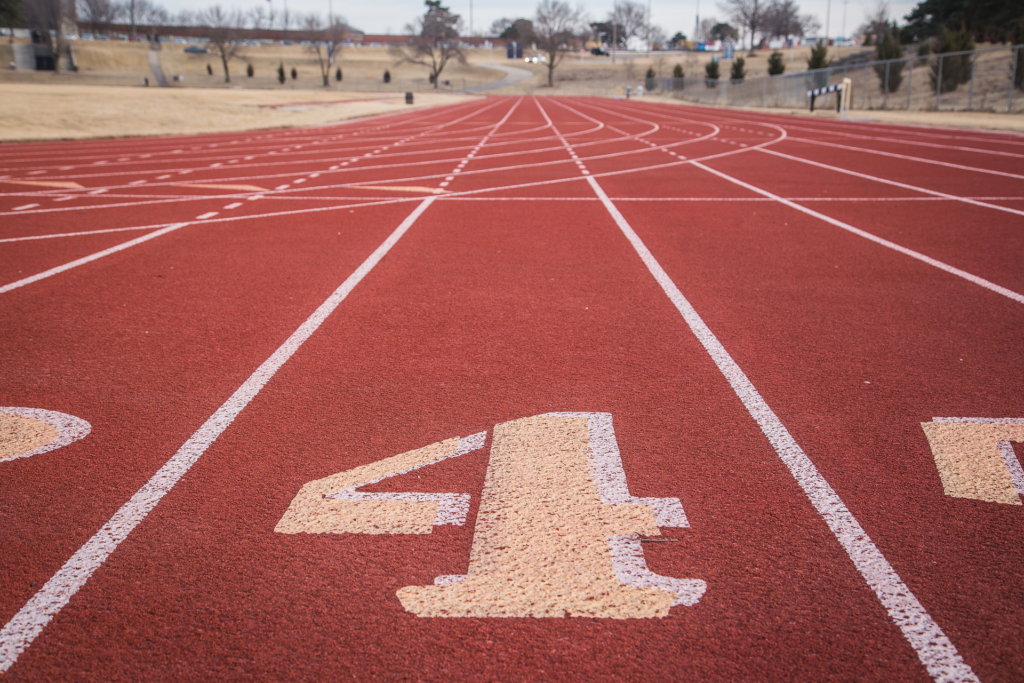 For the past two years, JCCC’s biggest news has been about a major building project, the $102 million Facilities Master Plan that will add tech and arts buildings, renovate others, and give the campus front entrance a new look.

The track and the cross country loop on the campus’ west edge were included in that plan when it was first discussed in January 2016 and for several months afterwards, along with options on how to upgrade them. By May, design consultants offered the possibility of relocating the track to the southwest corner of campus, closer to the cross-country course. Soccer and softball fields would replace the current track.

The last presentation on the building plan, in October 2016, still showed a track. But that was soon to change.

The next mention of the track in JCCC Board of Trustee minutes is March 2017, when Randy Weber, vice president of student success and engagement, announced the program would close. Transcripts and minutes show no other back-and-forth about terminating the program, and there was no separate vote about the decision; it was considered as part of the larger building plan package. The decision was followed by a press release April 5 announcing the resignation of coach Mike Bloemker. “With that announcement, the college has decided to discontinue its men’s and women’s cross country and track programs, effective at the end of the 2017-18 academic year,” the release said.

That there was no public discussion prior to discontinuing the program is especially vexing to track advocates.

“Was there ever a real effort to investigate the impact that it is having in the community?” wonders Brian Batliner, former assistant coach at JCCC. “If there is evidence of that, I haven’t seen it.”

Another former track team member, Blake Koger of Olathe, questions why there wasn’t a more spirited debate by the school’s governing body.

“A 32-year program, there’s certainly an emotional tie there,” Koger says. “If I had been on the board, I would say, ‘Let’s at least run it by some people.’ They should probably check with the general public or those who have ties to the program and test the waters first before closing the program.” (Among those who will be affected is the St. Thomas Aquinas High School track program, which lacks its own track and has used the JCCC track since 1988. Aquinas athletic director Sarah Burgess says there are no good alternatives on the horizon so far.)

Trustees and former trustees say eliminating the track program was discussed in various committee meetings and during consideration of the master plan, even though summary minutes of those meetings may not reflect it. The college, trustees say, has never put individual program closures up for public discussion in the past.

“We have hundreds of programs,” says Greg Musil, who was chairman of the trustees when the decision was made. “Every time you adjust one or eliminate one, if you’re going to have a specific agenda item for it — it just becomes pretty difficult to do.”

Musil adds: “I’m comfortable we gave enough notice and had input and enough public meetings that this decision wouldn’t have changed even with the demands for notice we’re hearing now.”

There’s a long and complicated list of reasons given for killing off the program, and just about everyone asked has a different take. Trustee Lee Cross, who said he opposed the decision in discussions, lays much of the blame on cuts to state funding under former Kansas Governor Sam Brownback.

Bloemker, JCCC’s most recent track coach, says the school had not kept up with inflation costs for team travel and equipment, and the outdoor track was in need of resurfacing and storage space for hurdles. He’d asked for funding increases in recent years but hadn’t had any luck.

“It was hurting us in recruiting,” he says. “It was a frustrating situation for me. I’d gotten the feeling the last two or three years that they weren’t that interested.”

Administrators and trustees say eliminating the program was necessary to stop a fee increase that would have been needed to keep it going. That would have added $1 per credit hour to the $16 per hour they pay in student fees.

“We made a strategic decision to do fewer sports and do them the best we can,” JCCC President Joe Sopcich said at a recent trustee meeting where some track advocates asked the board to reconsider.

But why track and not the others?

“Cutting all sports has never been a consideration,” Weber says. Athletics benefits students, and “it also draws in the community in ways other programs don’t.” He notes that it’s not uncommon to see hundreds of youth teams and their parents at the fieldhouse and soccer complex on a weekend.

Whereas the track doesn’t have as high a public use. When the college looked at requests for groups using its athletic facilities, it found the outdoor track lagging behind the indoor track and soccer field, which can be used for other things, Weber says. There hasn’t been an official meet on the outdoor track since 2010, perhaps because meets have gone to newer tracks in the conference that can charge a gate fee. (The college will keep the indoor track and cross-country course to rent to community users.) Ultimately, it seems, much of this boils down to the fact that JCCC can make more money renting out the soccer field than the outdoor track. 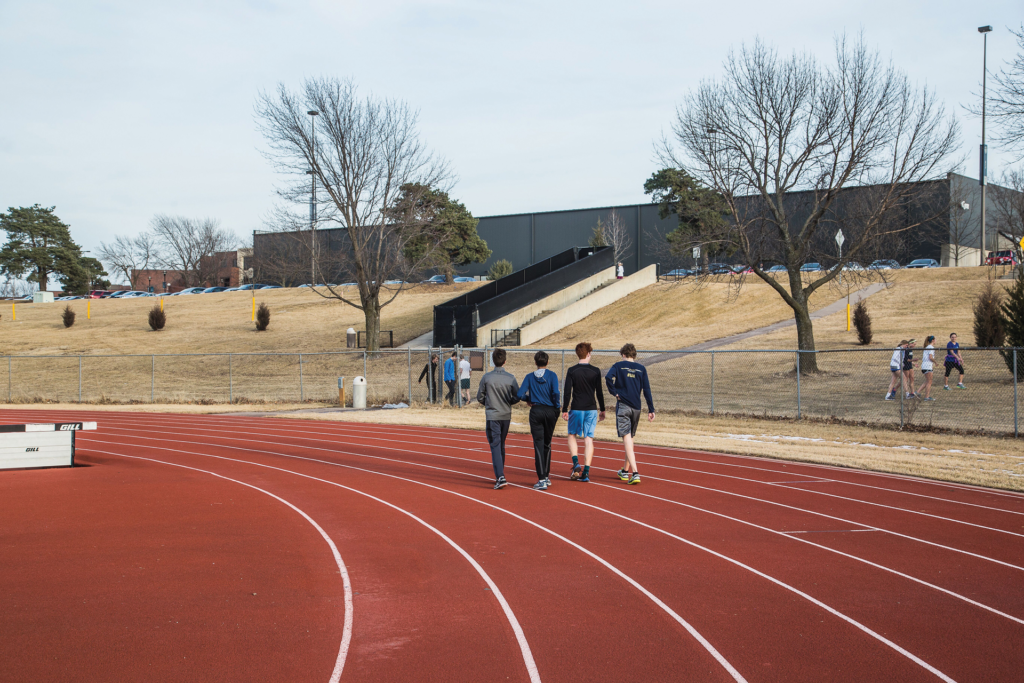 Sopcich and others define the mission of a community college as a place to provide an affordable education to students dealing with work and life setbacks. Former trustee Henry Sandate says the college is a “savior” to those students.

“I understand the [track] alumni’s passion, believe me,” Sandate says. “If they sat in those meetings I think they would understand when we’re talking about educating minorities, educating single moms, educating dads who lost their jobs and are going bankrupt and can’t pay the mortgage that puts it all in perspective. It was the right decision.”

Sopcich gave a similar reasoning. “I’m never going to raise the cost to a single mom with three kids struggling to get by and ask her to pay more in tuition so we can have an athletic program. I’m not going to do it,” he said at the meeting.

But Batliner and company say that reveals a poor understanding of the community benefits of track and field. These are not pampered athletes, they say, but kids trying to bring up their grades and skills to perhaps have a shot at a four-year university they wouldn’t otherwise be able to afford.

Track, with its long list of running, jumping and throwing events, draws kids of all socioeconomic and ethnic backgrounds, says J.J. Wannamaker, past president of the Kansas High School Track Coaches Association. “Young kids don’t have to have a lot of money to do it,” he says.

Single moms can benefit, too.

Jalisa White of Paola, for example. In 2011, White, then Jalisa Brice, had planned to study nursing as a recruit to a track program at a Wichita school. But after finding out she was pregnant, she instead went to JCCC for a year of online courses.

The track idea never left her, though, and watching the 2012 Olympics relit the fire. Remembering her recruiting talk with Batliner, she joined the team as a walk-on for a semester before securing a scholarship.

Now a neonatal nurse at a local hospital, White says the track coaching staff supported her through sicknesses and babysitter scheduling difficulties. The scholarship made it possible for her to limit work and spend more time studying while still making ends meet.

“I wanted to get back to that athlete I was prior to having the baby,” White says. “It pushed me not only to lose that baby weight but also show that just because you have a baby that doesn’t put your life on hold. You can still go and reach your dreams.”

On March 10, Cole, Batliner, and other alumni and supporters of the track program will hold a meet of sorts at the JCCC track. Over a thousand people have expressed interest in walking the college track that day as a sort of protest — the hope being that they might still somehow change the minds of the trustees and administrators.

In a hallway outside JCCC’s indoor track, Cole shouts to be heard over the din of the youth indoor soccer games being played.

“What kind of message does that leave,” he asks, “when you tear up the track that the community uses?”