Runner’s High: the prerace rituals of prepping for marathons 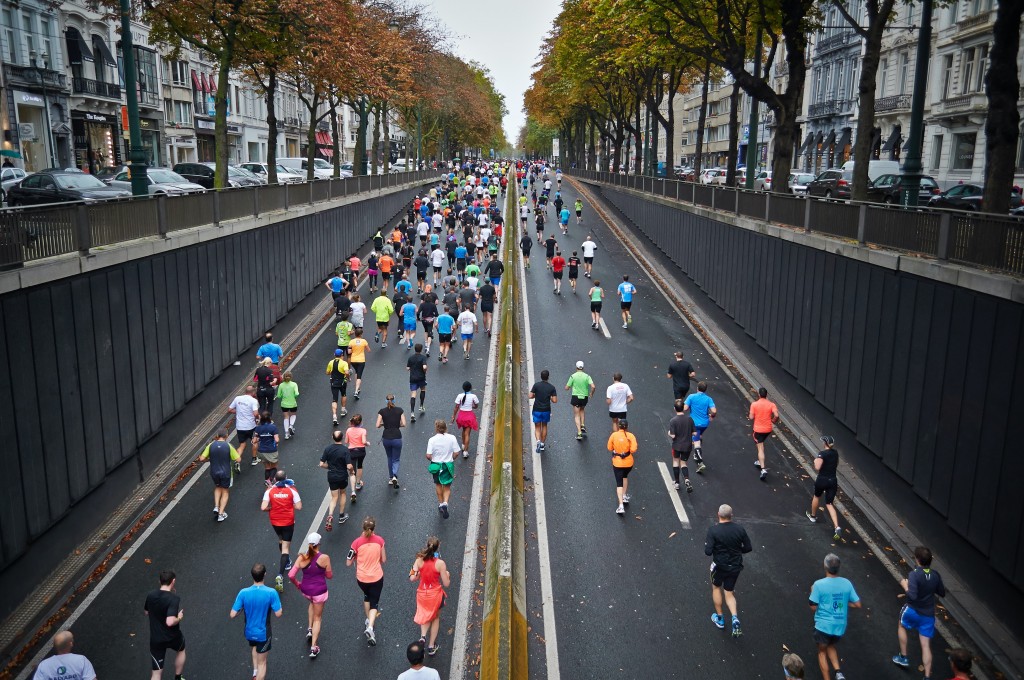 When people hear I pay money to run 26.2 miles, they smile politely. When I tell them I wake up at 3 am on race day, their thinly veneered skepticism turns to full-blown dismay. But as crazy as it sounds, getting up in the middle of the night is one of the many things I count on before walking up to the starting line. It’s all part of a series of prerace rituals, as I pray to the various gods of weather, gastrointestinal fortitude, and pain.

The night before a race, whether it’s a marathon or something longer, I partake in the time-honored tradition of carb loading. The rationale is simple: carbohydrates are easily converted to glycogen, which is the fuel your muscles burn first during aerobic exercise. For me, carbonara is the go-to option for a couple of reasons. First, it’s something I don’t typically eat during a training cycle. Second, the decadent mix of eggs, cheese, and pasta doesn’t upset my stomach. If that sounds too rich, try cacio e pepe, carbonara’s less dramatic sister.

After gorging myself, the most important post-dinner ritual is foam rolling. While the science isn’t definite, foam rolling has been shown to provide a variety of benefits, including relieving tightness in muscles and fascia. As one of the poor souls plagued by IT Band Syndrome (ITBS), releasing the tension in my legs is crucial. Rolling the night before keeps them feeling loose, but not too loose.

3 am sneaks up on me after hours of intermittently tossing and turning, double-checking my alarm and dozing off. Even though I occasionally wake up that early for work, it’s always the same. Heart pounding, head rushing, and looking wildly around the for the masked home invader. Once the adrenaline has worn off, I usually shower, get dressed, and start my first breakfast. Yes, I said “first.”

The morning of a race, coffee is paramount. You want to get your system going, if you know what I mean. Every runner fears a mid-route detour to the bathroom, especially when a porta potty might be too far away (or nonexistent). And, in my opinion, nothing pairs better with a strong cup of coffee than a giant cinnamon roll. Heavy on the cinnamon, light on the icing, and the size of a baseball mitt, I devour half in one sitting and the second half a couple of hours later. Hence, the two breakfasts.

Finally, after I’ve gone over my checklist, again and again, there’s only quiet and the dark. As I sit and wait until it’s time to load up the car, I’ll look through various apps, checking the weather or catching up on news. It’s indulgent, in a culture that lionizes productivity, to rest and have literally nothing to do. In those still moments, there’s a lot of doubt.

“Who are you to run a marathon?” I ask myself. And, to be honest, I never have a good answer. I’m just a guy who likes to run.