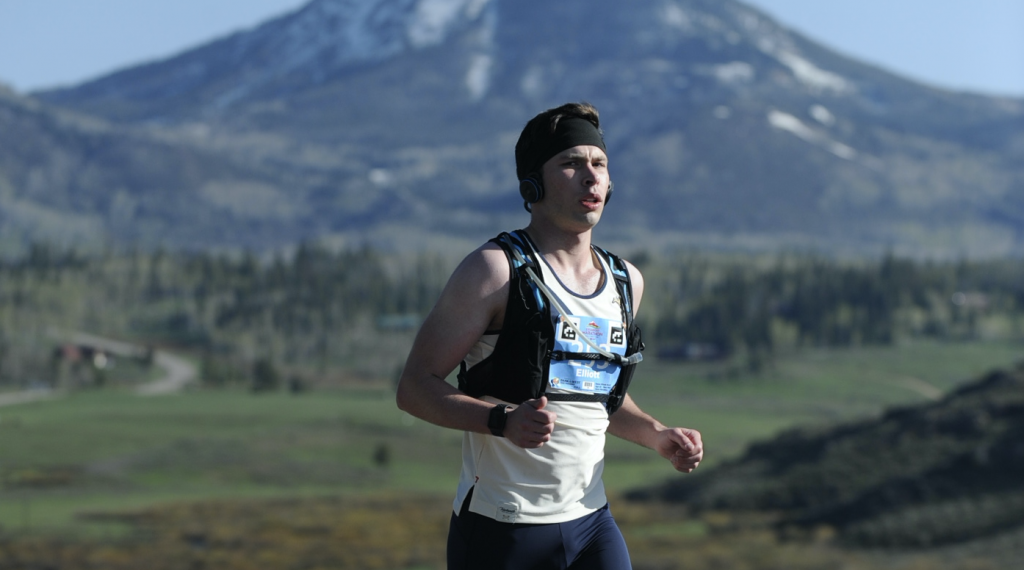 “There weren’t any spiderwebs when I ran the course this morning,” the race director said with a grim smile. “But once the sun sets, there’ll be plenty.” And with that brief warning, my first ultramarathon began.

I took off with the other runners, allowing the most eager to pass me before the trail narrowed. Packed dirt and crushed gravel soon gave way to rocks—ranging from the size of golf balls to footballs—and tree roots, all obscured by the shifting shadows of the trees overhead. It quickly became apparent I was unprepared for such technical terrain, so I studied the footsteps of the person in front of me. Where she walked, I walked. When she broke into a quick jog, I followed suit. In some places, we would hop from stone to stone, reminding me of elementary school soccer drills.

After the first loop of 6.55 miles, I felt marginally more confident. While my pace constantly varied in response to the environment, walking gave me a chance to catch my breath and lower my heart rate. After a quick stop at my drop bag, I was back on the course. Two runners joined me, and we became an unofficial team, each person taking turns leading the way. Conversation made the time fly by as we discussed training, upcoming races, and favorite pieces of gear. Before I knew it, I was halfway finished.

My new runner friends began their fourth loop, while I took a five-minute break to use the restroom, refill my hydration flasks and inhale a peanut butter and jelly sandwich. Once I was back on the trail, for the first time that day, I listened to music. Socializing had been a welcome distraction, and my mind was starting to feel the fatigue of doing the same task for five hours. Occasionally I would pass someone, slowing to exchange words of encouragement.

By three o’clock in the afternoon—seven hours into the race—my big toes had been stubbed more times than I could count. Lactic acid was starting to build up in my glutes and quads. As the heat intensified, the breeze died, and the dense foliage of the forest became a sauna. It was uncomfortable to say the least. But somehow, I kept moving forward, completing my second-to-last loop. That was the moment I knew I would finish. Whether I walked or crawled those final 6.55 miles, I would make it.

The end of the race was anticlimactic. Almost all of the other competitors, primarily the half and full marathoners, had finished hours ago and left. Only a handful of us remained. The race director handed me my medal, we chatted for a few moments and then I packed up my car and headed home.

As I drove back to Kansas City, I tried to process the past ten hours. However, all I could do was focus on the road, counting down the miles to a hot shower and comfy bed. That night, as I closed my eyes and hoped for rest, my mind returned to the twists and turns of that shaded forest path. The race was over, but my consciousness was still running the trail, a wraith in the darkness, dodging rocks, roots, and spiderwebs. Eventually, I fell into a deep, dreamless sleep: the perfect ending to an unforgettable day.