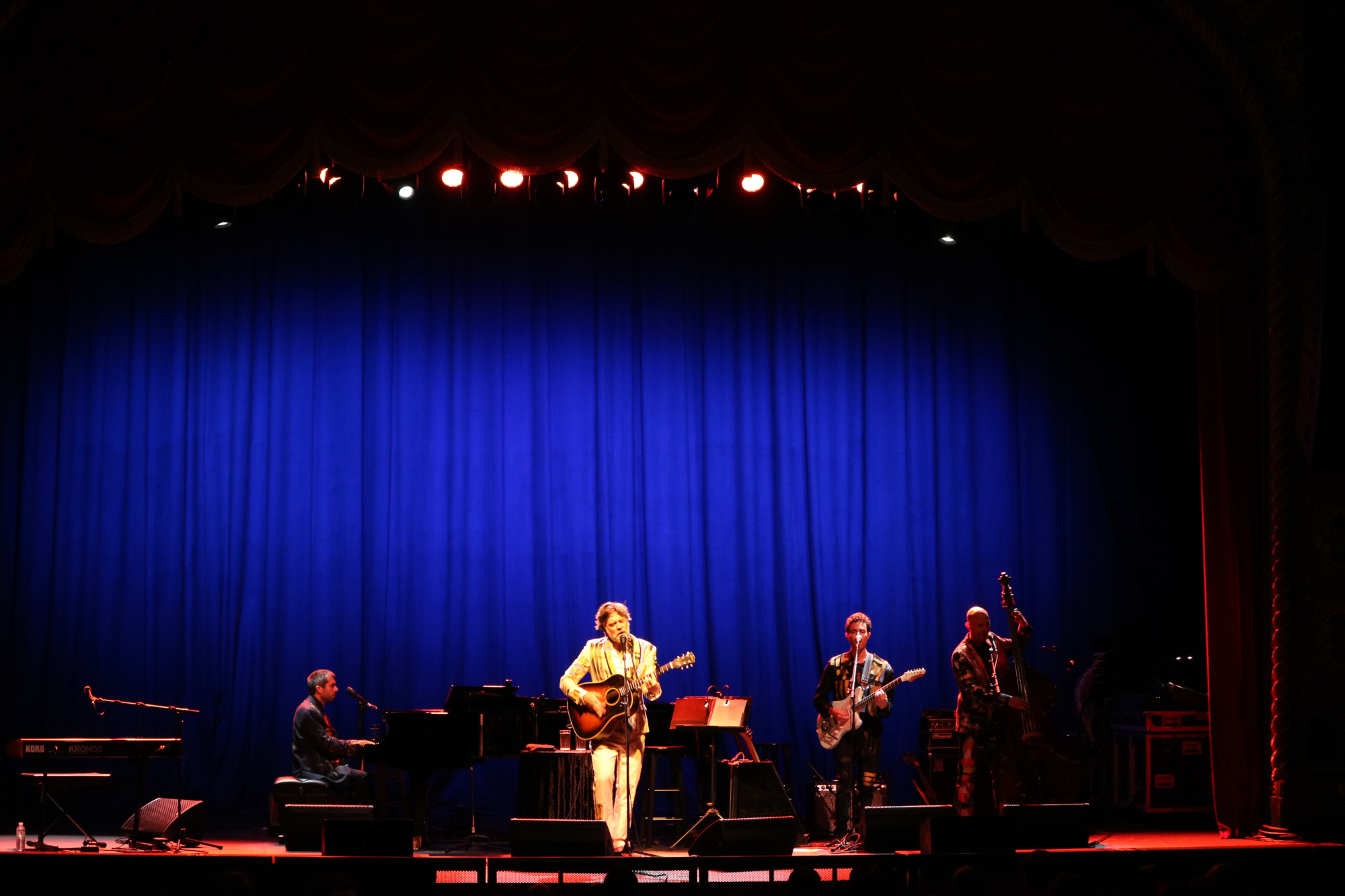 For any other artist of lesser talents, “Unfollow the Rules” would be a show-closer. For Rufus Wainwright, it was the fourth song in and, honestly, any of his vibrant numbers could have sent the audience at last night’s Uptown show home happy.

Focusing primarily on the musician’s latest album, Unfollow the Rules, the set was perhaps the closest many in attendance will ever get to a classic crooner performance. Clever stories and interesting asides were interspersed with the songs, making the stage of the Uptown feel more like a Parisian cabaret, hearing Wainwright sing and play just inches away. Thanks to a crack trio backing him on keys, guitar, bass, and ukulele, these songs felt lively and vibrant yet never too small.

Wainwright’s voice was in fine form, soaring and enchanting during such vocal workouts as “This One’s for the Ladies (THAT LUNGE!).” It’s amazing how reverently the crowd at the Uptown behaved for the musician’s set.

Despite the fact that I saw some pretty robustly-buzzed fans out on the smoking patio between opener José González and Wainwright’s headlining set, for the vast majority of the show, even during the quietest moments, all one could hear was the blowing of the air conditioning through the vents.

That said, while Wainwright was telling a story about a statue of actress Sarah Siddons he had seen in London, the tale went a bit rambling, prompting some wit behind me to heckle, “Write a song about it!”, demonstrating that the crowd wasn’t entirely reverent, rapturous reception to covers of Neil Young’s “Harvest” and Leonard Cohen’s “So Long, Marianne” notwithstanding. 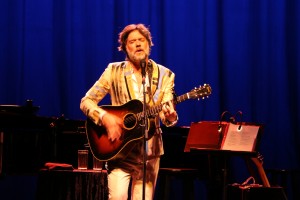 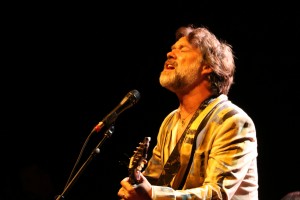 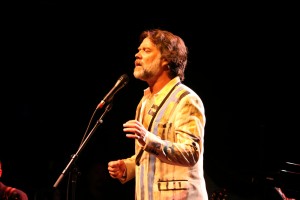 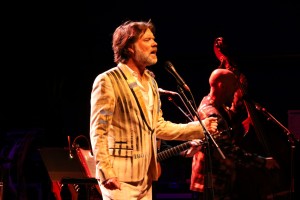 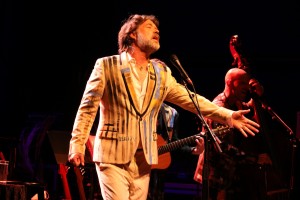 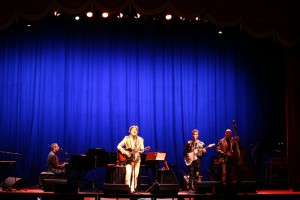 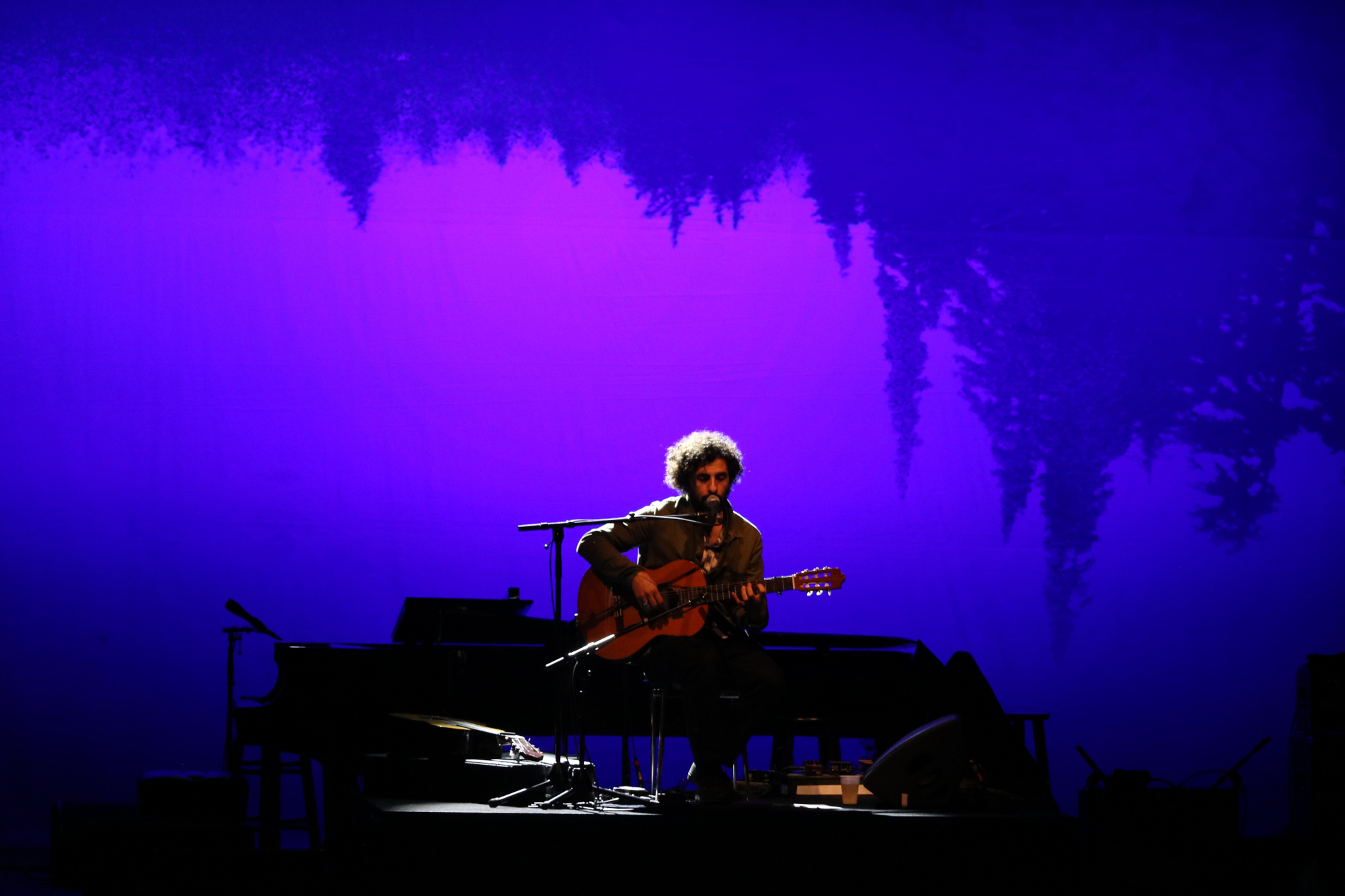 Jose Gonzalez bringing tears to the eyes of many in the crowd. // Photo by Nick Spacek

Opener José González played a set of beautifully sung, finger-picked acoustic songs that were heartbreaking in their delivery.

His backdrop featured an image of an upside-down forest scene, as reflected in a lake, only emphasizing the pastoral beauty of his music. A cover of the Beatles’ “Blackbird”—the first song the musician ever learned—was prefaced by González acknowledging that he was glad that we were on this side of the pandemic, allowing gatherings such as these to happen.

It made the lyrics “you were only waiting for this moment to arise” all the more poignant, and I discovered that a mask does an excellent job of soaking up tears. 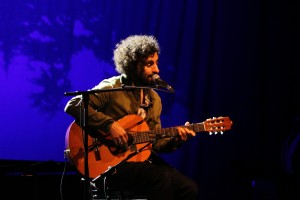 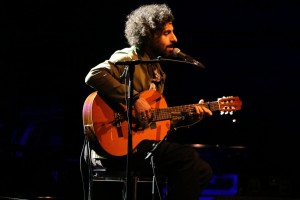 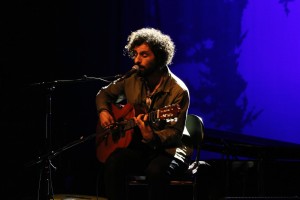