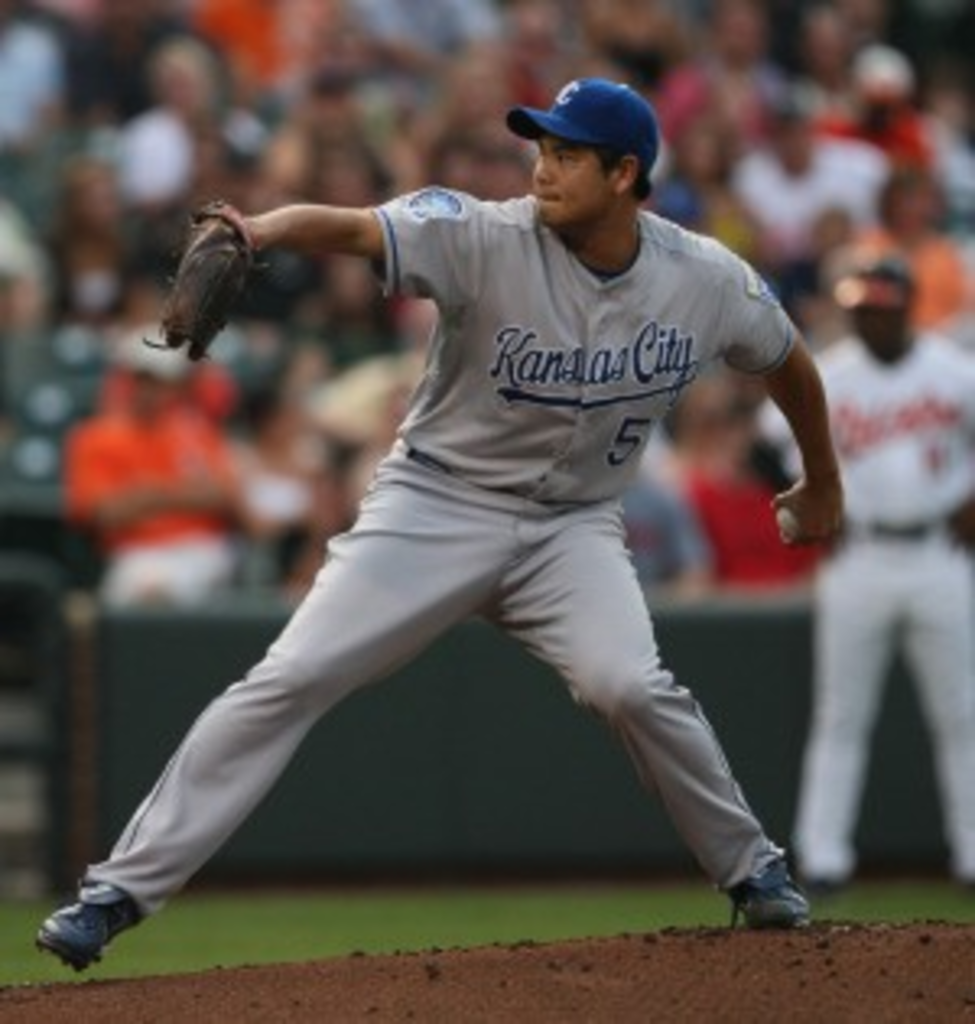 Royals starting pitching Gil Meche went on the disabled list May 30. If he needs surgery, doctors might find Trey Hillman‘s signature burned into the right-hander’s broken muscles. Meche just hasn’t been the same since he complained of a dead arm and then proceeded to throw 121 and 114 pitches under the ex-manager’s “care.”

Chen’s is one of those “only in baseball” stories. Ethnically Chinese, he grew up in Panama. He was 16 years old when he signed by the Atlanta Braves. While being groomed as a big-leaguer, he finished high school in the United States and eventually took engineering courses at Georgia Tech.