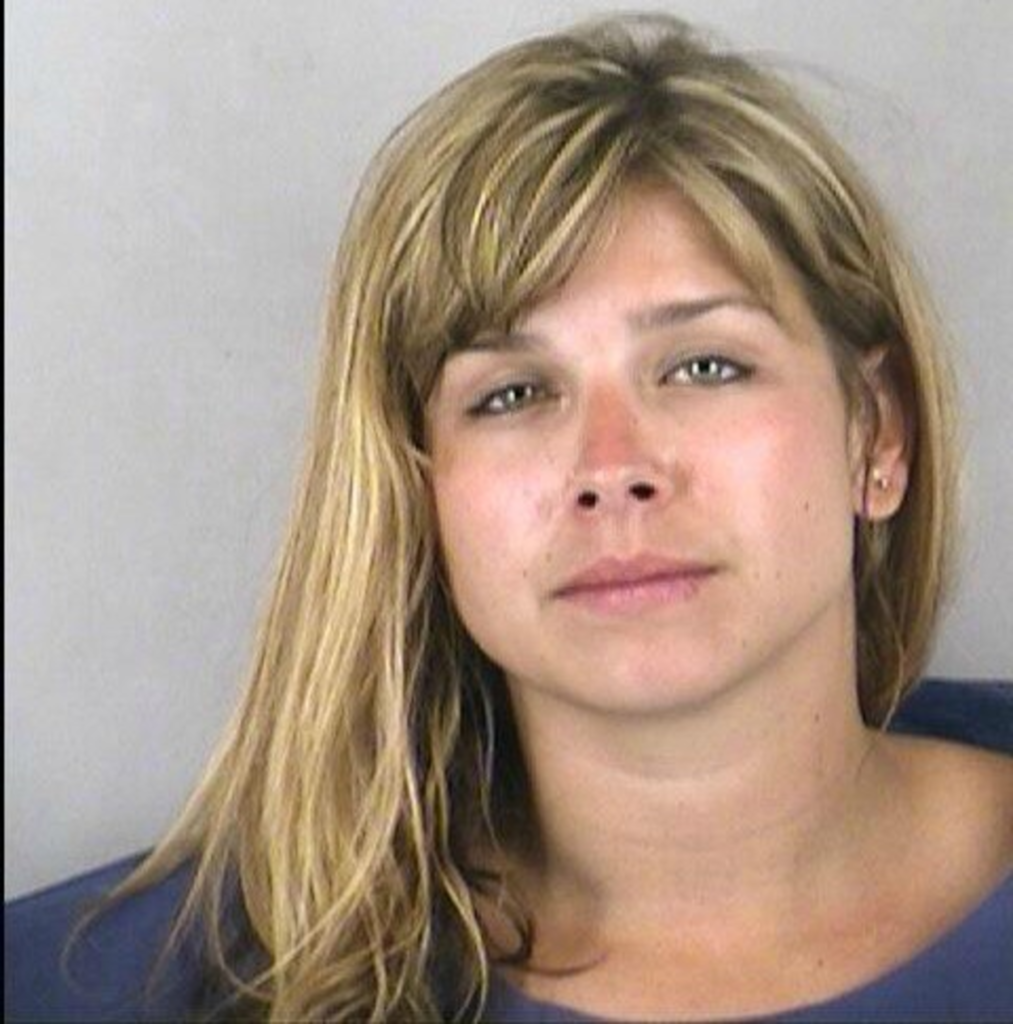 Jessica McCoy made headlines again this week, three months after she earned the moniker “Royals Fountain Lady” by getting arrested for dancing in the outfield fountains at Kauffman Stadium.

McCoy was on vacation in the City of Fountains in August when she showed up to a Kansas City Royals game, had a few too many drinks, and hopped a barrier intended to keep fans out of the fountains beyond the outfield wall at the stadium. Kansas City, Missouri, police officers arrested her for trespassing, but then tagged her with a prostitution charge when she allegedly offered one of them a sexual favor (more on that in a bit).

The 25-year-old Des Moines, Iowa, resident was the subject of a November 5 article in the Des Moines Register, detailing how she lost her job at a bank when video of her antics at Kauffman Stadium became a national news story. First American Bank in Beaverdale, Iowa, fired McCoy for violating a workplace policy that says employees shouldn’t embarrass the company during their own time.

So McCoy applied for jobless benefits, leading to an October 22 appearance before an administrative law judge in Iowa to determine whether she was fit for unemployment, given how she lost her job.

The Des Moines Register article describes how McCoy made it a point to say the incident was “blown completely out of proportion” (true), that she was drunk at the time (also true), that she didn’t realize what kind of trouble it would cause her at the time (probably true) but that the KCPD’s prostitution charge against her was hooey (maybe not true).

“That is a completely false charge that will be fought,” McCoy told Iowa Administrative Court Judge Bonny Hendricksmeyer at the October 22 hearing, according to the Register’s account of the event. “I was mouthy to the police officer but what I said was not solicitation.”

The KCPD’s version of the events don’t square with McCoy’s testimony in Iowa. A police report obtained by The Pitch says McCoy was cuffed by police officers after a Royals employee fished her out of the outfield fountain. She managed to wiggle her hand out of the handcuffs and tried to get away from the officers, but they tracked her down. A KCPD officer accompanied her in the parking lot at the Truman Sports Complex, waiting for another patrolman to haul her off to jail, when McCoy made him an offer.

“If I suck your dick, will you not take me to jail and let me go?” McCoy told the officer, according to the police report.

Kansas City’s ordinances defines prostitution thusly: “A person patronizes prostitution if he or she solicits or requests another person to engage in sexual conduct with him or her…in return for something of value.”

Not going to jail, what with all those fines, fees, lawyer bills and damage of reputation, seems like something of value. But a Kansas City Municipal Court judge will have to sort that all out when McCoy returns to town for a hearing on January 8, 2014, at 1:30 p.m.

McCoy got a favor from the Iowa judge, who ruled that her behavior while on vacation didn’t justify nixing her jobless benefits.