Roy Blunt, Pat Roberts among senators who urged Trump to back out of Paris climate agreement 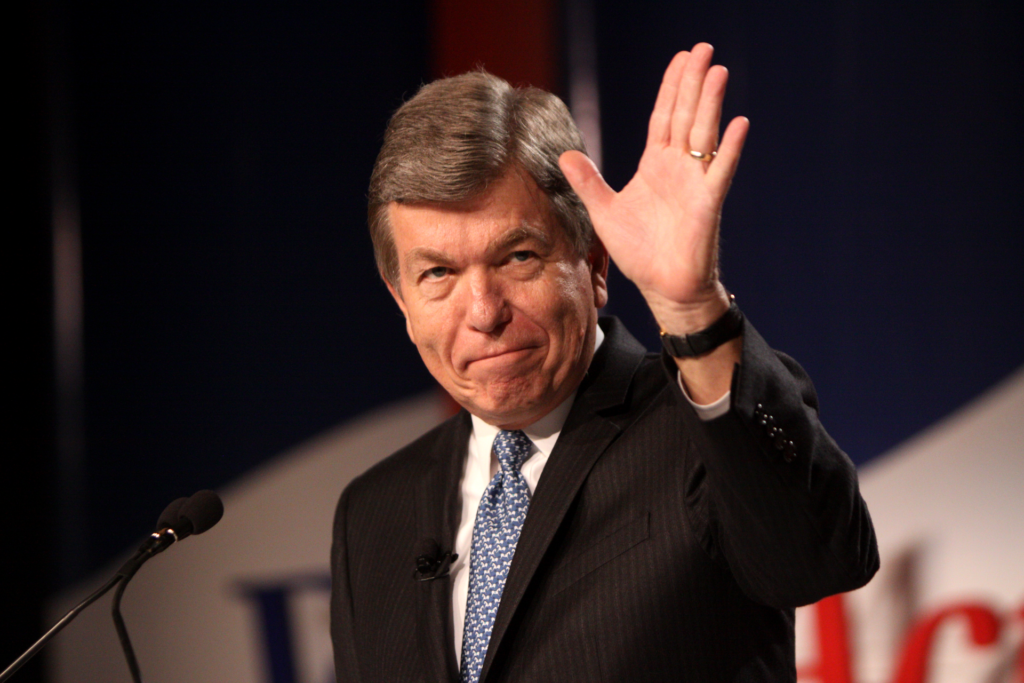 The national media seems relatively certain today that President Trump will pull the United States out of the Paris Agreement. The international climate-change treaty, aimed at reducing global carbon emissions, has been signed by 147 countries in the world. Exxon, BP, Monsanto, and several other large corporations not known for giving a rat’s ass about the environment support the deal. But Trump’s base thinks it’s killing coal jobs, and Trump exists in a hall-of-mirrors echo chamber where it is possible to believe climate change is a hoax, and so here we are.

Last week, 22 senators sent Trump a letter urging him to continue “reducing overregulation” by backing out of the deal. Here’s the letter. It was signed by U.S. Senator Roy Blunt, of Missouri, and U.S. Senator Pat Roberts, of Kansas. So you can thank them for helping Trump arrive at the conclusion that this was a good idea. 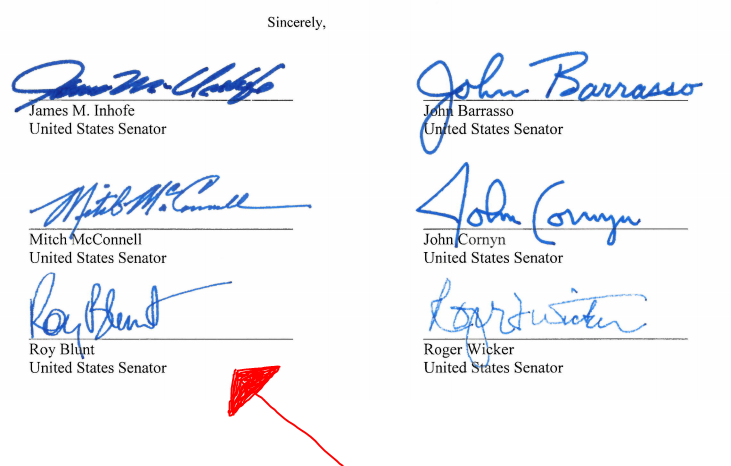 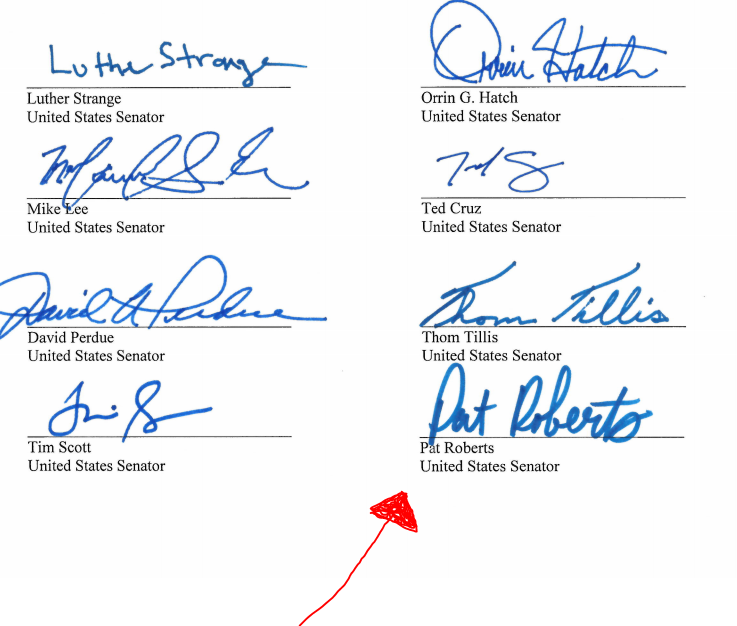 The other two senators from Missouri and Kansas — Democrat Claire McCaskill and Republican Jerry Moran — did not sign the letter.