One song into last night’s show at the Folly Theater, Rosanne Cash exclaimed, “I’ve got a feeling it’s going to be a really good night.” Her intuition was spot on — even if, technically, she was also in charge of making it happen.

Cash’s show was the 10th anniversary of Bill Shapiro’s “Cyprus Avenue Live” series at the Folly Theater and the fourth time she’s played there, most recently two years ago. Accompanied by John Leventhal, her husband of 22 years, on acoustic guitar, Cash’s show was a relaxed, comforting tour through her nearly four decades of music, as well as the many country-music giants who, along with her father, Johnny Cash, have inspired her to keep going.

Cash opened with songs from 2014’s Grammy-winning The River & the Thread, telling stories of her own search for the stories of those most important to her, and the search for the all-important meaning of “home.” “The Sunken Lands” is a haunting tale of the Cash family’s resettlement in the Sunken Lands of Arkansas (which “sank” in the earthquake of 1811) in 1935, the darkest days of the Depression.

“Etta’s Tale” was a more hopeful story from the point of view of Etta Grant, who was married to Johnny Cash’s Tennessee Two bassist, Marshall Grant, for 65 years (“a record for the marriage of a touring musician,” Cash joked), and who began every morning by asking her husband “What’s the temperature, darling?”  Later, Cash sang “When the Master Calls the Roll,” co-written by Leventhal and Cash’s ex-husband, Rodney Crowell, about her ancestors who fought on both sides of the Civil War.  (There might be a metaphor, something about hope for resolution and peace, tucked in there somewhere.) 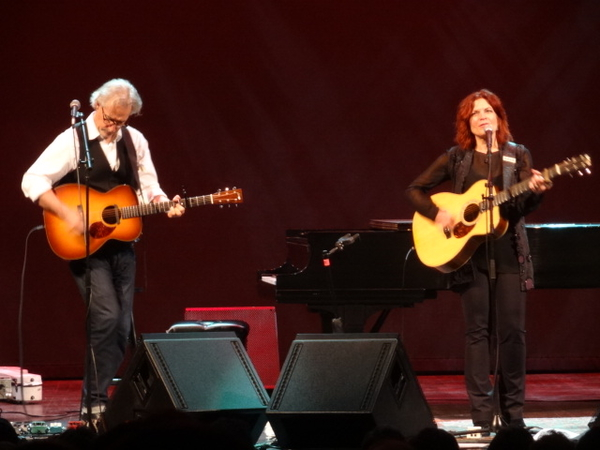 Cash moved into songs from her vast (and sometimes overlooked) catalog as singer-songwriter, including “The Long Way Home” and “Dreams Are Not My Home.” One of the most touching moments was “Blue Moon of Heartache,” which, Cash explained, she wrote when she was “younger than my youngest daughter is now” (a chronology infinitely more heartbreaking and accurate than any mere calendar years).

As moving as her originals were, classics like “I’m Movin’ On,” with guitar breaks that let Leventhal channel some of Chet Atkins’ jazzier moments, and Don Gibson’s “Sea of Heartbreak,” gave Cash a chance to cut loose as a singer. With “Long Black Veil,” the duo’s harmonies moved through Cash’s confident alto and seemed, somehow, to disappear into the wind.

Occasionally, and almost inevitably, the show doubled back a little to previous stops in Kansas City, but for this night, it was exactly what the crowd was looking for.  With the opening licks of “Ode to Billie Joe,” Cash explained, smiling, that they were going to do it because “we did it last time and you liked it.” 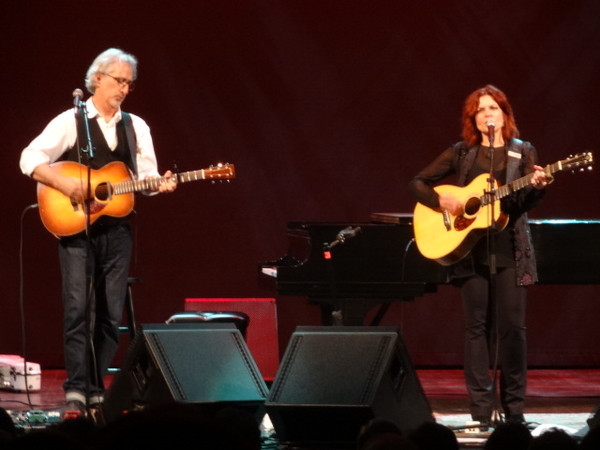 Eventually, Cash simply asked the crowd “What should we do on Bill Shapiro night?” From shouted requests, Cash picked “September,” and then the couple gamely tried to make Shapiro’s request, the Grassroots’ “Let’s Live for Today” work.  After a few accidental Beatles mash-ups, they good-naturedly and apologetically postponed that one till next time.

For the encore, Cash and Leventhal played a straight-forward (except for a “Day Tripper” guitar quote) and warm version of “Tennessee Flat Top Box,” Cash’s tribute to her dad. After a brief confab between the pair, John Leventhal asked “Do you want to hear one you’ve never heard us do or one you’ve heard before?”  Not surprising, the audience begged for both. The Bob Dylan deep cut “Farewell, Angelina” was a success; Cash laughed and said “Only in Kansas City do you have that many people that know that song.” When she closed with “500 Miles” (a familiar choice), it sounded like another promise to be back soon.

Leftovers: Cash opened the show with a declaration. “This one’s for Bill Shapiro,” and she meant it. Before the show, the Folly Theater board recognized Shapiro’s 10th year at the helm of the series, as well as almost 40 years of Cyrprus Avenue as the second longest running show (next to All Things Considered) on KCUR. 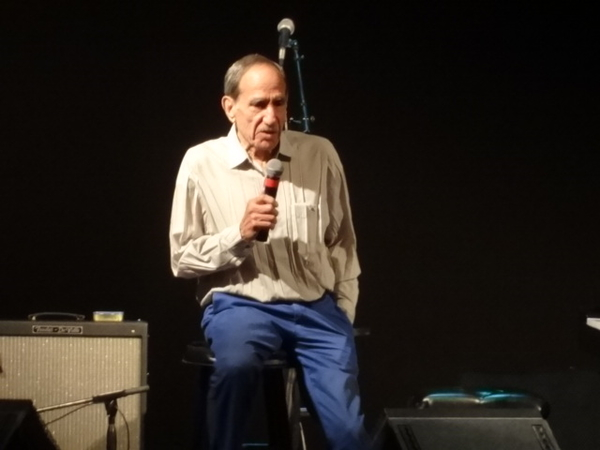 In an emotional show of gratitude, Shapiro told the audience, “I should be thanking you for letting me fulfill my Walter Mitty dream to be a disc jockey.” He left the stage to a standing ovation and a tidal wave of gratitude from the crowd.

A Feather’s Not a Bird

Dreams Are Not My Home

The Way We Make a Broken Heart (John Hiatt cover)

I Don’t Know Why You Don’t Want Me

When The Master Calls the Roll