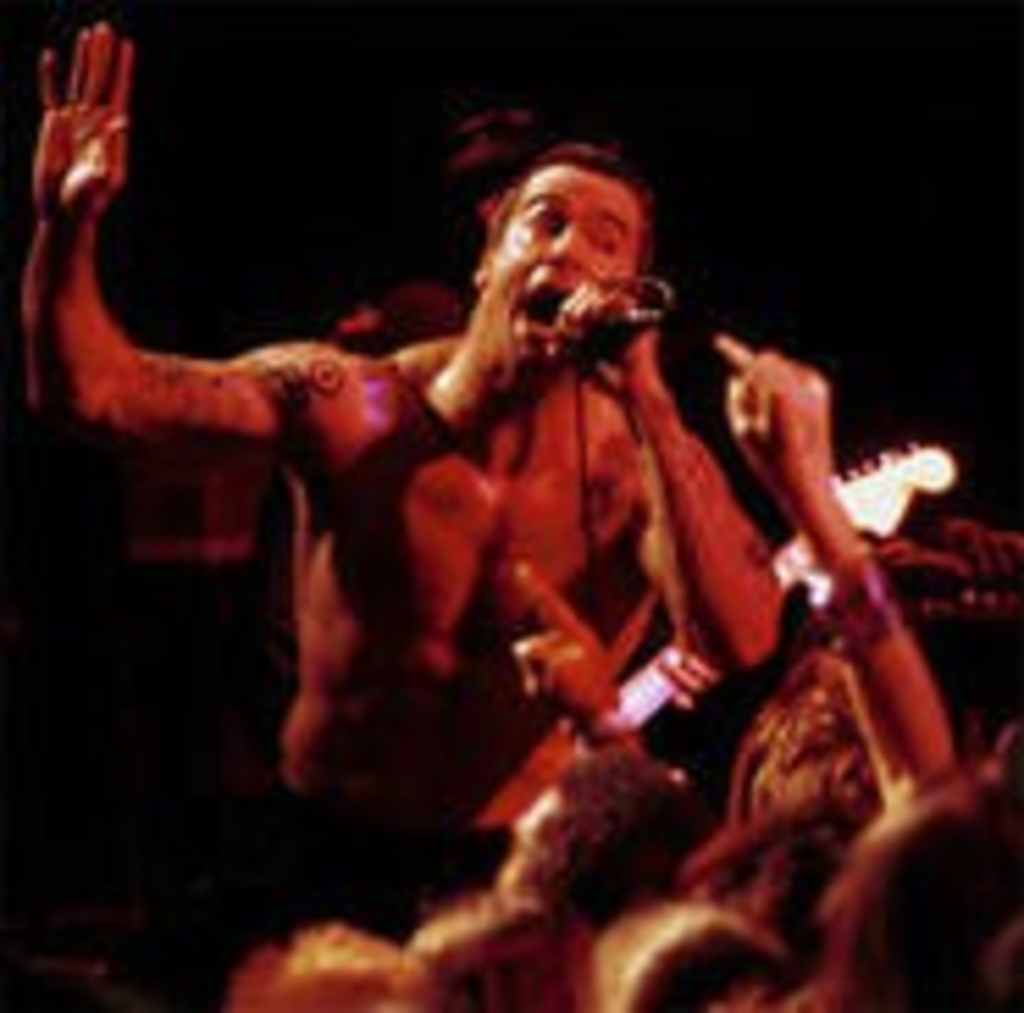 Seeing Henry Rollins on VH-1 five nights a week, hosting the network’s incredibly lame and tasteless show The List, might make this punk icon’s fans think he has sold out (if they didn’t already abandon him after his appearance in the Charlie Sheen epic The Chase). After all, it doesn’t get more corporate and whitewashed than MTV’s older unwed sister, and when you’ve made a living telling people how to run their lives more responsibly, said network isn’t the first place that comes to mind when relocating your soapbox. Apparently, a club is still as good a place as any for Rollins to set up shop and preach his unique gospel of self-reliance and self-loathing, and the passage of time has done nothing to lessen Brother Rollins’ fire-and-brimstone fervor.

This latest incarnation of the Rollins Band is the same outfit that visited Lawrence less than nine months ago, but judging by the crowd’s response to the newer material, the older, harder sound on the band’s most recent release, Get Some, Go Again, has reacquainted Hank with some older, harder fans. These fans, showing equal love for such classics as “What Have I Got?” and such new songs as the Jane’s Addiction-tinged “Love’s So Heavy,” would have been satisfied with any offerings from the straight-edge master of puppets — except spoken-word, ’cause that just doesn’t rock. Perhaps sensing that this silent consensus had been reached during one of the inner-ear shattering opening numbers, Hank kept the posturing and proselytizing to a minimum. In fact, most of his between-song sentiments showcased the (relatively) kinder and gentler Rollins we’ve come to love on VH-1. For example, take his jocular advice to a girl who insisted on giving Mr. Rollins’ shorts an occasional tug: “Young lady, if you do that one more time you’re going to have to prove something, and by the looks of the zits on your face, you don’t have what it takes.” Now, that’s no “TV Party,” but it’s entertaining and macho just the same. So was the band’s 15-song set, which allowed the band to show off its chops as much as Rollins got to show off his rage, but you can bet you’ll never see the rest of these guys on VH-1.

You’ll probably never see Apartment 26 on VH-1 either, but because the band has a song on the Mission Impossible 2 soundtrack and a place on Ozzfest this summer you might get to catch them on MTV. Beware. Derivative is the kindest word I could use this five-piece, which borrows equally, and liberally, from both Rob Zombie and Trent Reznor. In other words, the group sounds a lot like Filter, and speaking of Filter, the filtered vocals and distorted guitars favored by Apartment 26 could not do the same thing for the band that they did for Cher on “Believe” (that is, save a career). However, these effects did make this impish British outfit’s “hard” rock sound even more like output from a diva.

Kevin Willmott's moment has arrived, thanks to Da 5 Bloods and BlacKkKlansman