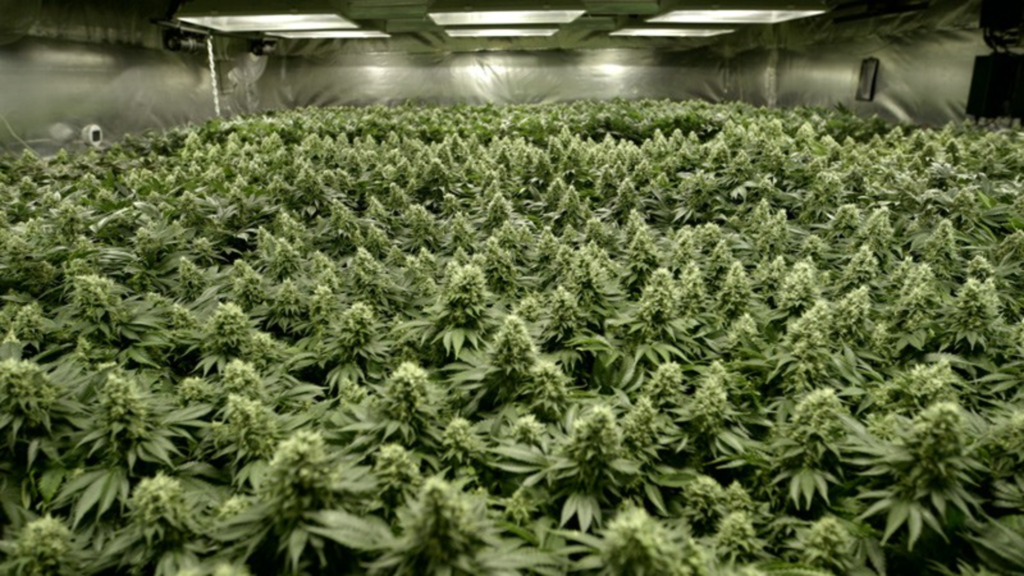 Recreational marijuana hasn’t been legal very long in Colorado, but it’s already a huge business, an example of how other states might look over the next decade — and an interesting challenge when it comes to journalistic coverage.

Rolling Papers, a new documentary by Mitch Dickman — a onetime Sedalia resident relocated to Colorado — follows how The Denver Post and its Cannabist blog have adjusted to openly covering an industry that was discussed only in hushed tones just a few years ago.

Dickman and Independence, Missouri, executive producer Chad Troutwine — who got into film production after co-founding Veritas Prep, a company that prepares students for GMAT tests — will be on hand to present Rolling Papers during KC FilmFest. It screens at 8 p.m. Friday and at 1 p.m. Saturday at Cinemark Palace on the Plaza. Tickets cost $10. (Tickets: see kcfilmfest.org.)

The Pitch contacted Troutwine, who also co-produced Paris, je t’aime and Freakonomics, by phone to talk about his latest project.

The Pitch: How did you become involved in Rolling Papers?

Troutwine: This is a little bit circuitous. I grew up the son of a beer distributor in Missouri, and the director of Rolling Papers, Mitch Dickman, shares the same bio. His dad owns a beer distributorship in Sedalia, Missouri. And so our families knew each other growing up, but we weren’t close. Mitch and I are more than 10 years apart, and when you’re more than 10 years apart when you’re little kids, that’s an eternity.

But about five years ago, Mitch’s dad reached out to me and said, “Chad, I know you’ve been producing films. My son Mitch is trying to make his first movie. It would mean so much to me if you just met with him and offered him some advice.”

We met, and Mitch was working on his feature documentary debut, a film called Hanna Ranch.

I’ve got to tell you, what started off as what I thought was a small student film turned into something extraordinarily beautiful. I was so moved that when he finished it, four years after starting the project, I told him, “Mitch, since I first met you, I’ve been introducing you as this is my friend Mitch Dickman, he’s trying to make a movie. From now on and forever, I will introduce you as this is the director Mitch Dickman.” He’s a friend of mine. He just demonstrated extraordinary talent.

After that, about a year and a half ago, he said, “I’ve already got my next project. You know how Colorado has legalized recreational marijuana?” He wanted to make the definitive look on that legalization. I thought that sounded incredibly interesting, and I had so much confidence in Mitch’s ability. He had a lot of the same team he used on Hanna Ranch. I said I’m in. I think there were four of us who financed the film. In 14 months, he’s captured something that’s spectacular.

The film documents how newspapers and other traditional media are collapsing, but this rising new industry requires somebody to cover it.

That was the real master stroke, to look at this industry through the eyes of The Denver Post and, more specifically, the Cannabist and some of the choices that Ricardo Baca made. We could have focused on some of the other characters, like the growers and the dispensary owners. We certainly spend time with them in the film, but I think that it’s the journalistic approach that gives the audience the best insight into what transpired in Colorado and what other states that are considering legalization could potentially face.

The film explores the issues that arise with having marijuana distribution as a legitimate business. They’re not the ones that people anticipated. For example, The Denver Post and The Cannabist wind up investigating edibles that are actually less potent than advertised.

I think we raised the problem of that in the film. Everybody could understand why we want labeling. The issue is, we don’t want things that are too potent. But the issue is, if things are under-potent, if the buyers aren’t getting what they want and the labeling’s inaccurate, they could take far too much and get put in the hospital.

It’s a ragtag industry. I don’t think we got any sense there was corruption on behalf of the edibles manufacturer. But frankly, it was pretty clear they were sloppy.

This is one of those challenges of any new industry: getting the right balance of regulation without getting regulation that is oppressive.

It’s also fascinating following Cannabist editor Ricardo Baca as he travels to Uruguay, where cannabis is also legal, but the legitimization went through a different process.

That’s what’s amazing about the Colorado experiment. It’s not just an experiment for other states to evaluate; other countries are also watching it very closely. Why do they see more and more legalization of weed?

In many places, it combines unlikely bedfellows. In some places, you’ll get weed advocates who are pushing for weed legalization. But you also get folks who are more morally conservative and who have no interest in being consumers but who see the opportunity for a big tax haul and an opportunity to make money through taxation. So you’re likely to see more legalization, especially if there are not a lot of negative stories coming out of the Colorado experiment.

The film documents a 4/20 celebration that went horribly wrong. There were gunshots fired. But the next year, the same event happened without incident, except for maybe a good buzz.

We’ll see how it goes in 2015. We’re right around the corner. There’s always challenges every time you have a big public gathering, so I was impressed that they didn’t have any real incidents last year, and that really quelled a lot of the fears about the inherent dangers.

By and large, I think the experiment has been a positive one, although I don’t think we’re completely clear about all of the long-term impacts. One of the other challenges we don’t really devote much time to in the film is what we explored with “Pot Mom,” and that’s with the mixture of children and adults in a legalization movement.

What you had in Rolling Papers was fascinating because a father who wrote a weed column didn’t experience nearly the backlash the mother did about her column and her parenting.

Maybe there’s a little latent sexism and some gender issues. There was far more criticism of “Pot Mom” Brittany Driver than there was for a father who’d make some of the same choices.

Considering your and Mr. Dickman’s backgrounds in beer distribution, what’s it like to have drugs as the theme in Rolling Papers and in Finders Keepers [8:30 p.m. Thursday], the other film you’re bringing to town for KC FilmFest?

I hadn’t really thought about it that way. My whole life, I’ve had an understanding of anything that can have an addictive effect.

My parents don’t drink. Fairly early on, my dad was a modest drinker, but when he bought that beer distributorship in his mid-20s, he realized that this wasn’t such a good idea and stopped entirely. In contrast, (with others), I’ve opened up a brewery (Torn Label) in the Crossroads. We’re going to be serving some of our beers at the screenings, so it does tie in in a very nice way.