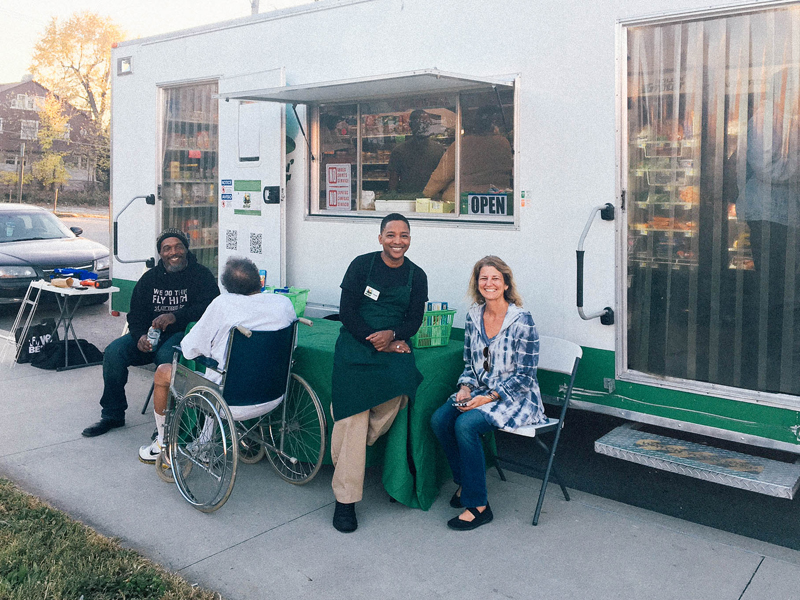 For anyone who lives in one of Kansas City’s many neighborhoods without easy access to a grocery store, it sounds too good to be true: Instead of battling the weather, coordinating transportation and lugging a week’s worth of food back home, what if the store came to you? That is the simple premise behind Rollin’ Grocer, the Kansas City area’s first mobile grocery store, in a custom-built trailer.

I dropped by the store on a chilly evening during its final stop of the day, at 31st Street and Harrison. The setting sun lit the truck from behind, momentarily turning the vehicle into a glowing oasis in a city pocked with food deserts. With about 90 stops a month and a service area that spans east Kansas City to Bonner Springs, the store makes fresh, affordable food available to hundreds of people who need it.

“Walking eight blocks to the grocery store is not OK,” co-owner and community coordinator Natasha El-Scari told me. “Rollin’ Grocer is very fresh. It’s modern — I always refer to it as sexy. I actually don’t enjoy grocery shopping, so it’s awesome to be in such a small space and just get your stuff and go.”

This was not my always-packed neighborhood Price Chopper. Without the crowded parking lots and long lines that make grocery shopping a chore, Rollin’ Grocer feels more like a visit to a friend — a friend who has the best snacks and is always jazzed to see you. No, it’s actually more like having that friend drop by your place with a bag of food. That evening, El-Scari greeted everyone who entered with a smile and, sometimes, a hug.

“Welcome,” she said as a young woman stepped through the door and gazed around the climate-controlled trailer and its stock of whatever you’d find at a traditional grocery store — fresh produce, meat, canned goods, spices, personal-care items. “I’m glad you made it out. When I saw you walking by a minute ago I almost chased you down.”

Because the need in Kansas City is so great, El-Scari is serious about people seeing the store for themselves. For anyone who has lived in a neighborhood where acquiring fresh fruits and vegetables means a commute across town, the need for Rollin’ Grocer is already apparent. The store’s founder, Jessica Royer, first got the idea for a mobile market after a revealing conversation with a friend. 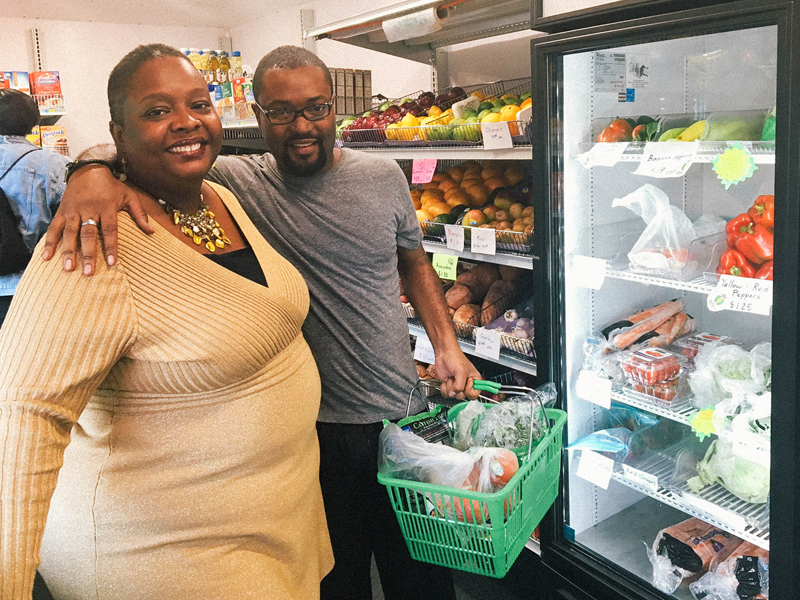 “She [Royer] didn’t understand what food equity and a food desert was until she was with a friend who made a request to go to the ‘white grocery store,’  ” El-Scari told me. “She was like, ‘What’s the white grocery store?’ And her friend was like, ‘Where they have the good groceries.’ That was what prompted her.”

A little more than a year later, Rollin’ Grocer is, well, rolling, with new stops being added each month. El-Scari said the idea is to find neighborhoods — typically food deserts — where a lot of children, students or seniors live. All of the store’s owners have families, and one of their goals from the beginning was to offer enough variety that someone could purchase a week’s worth of groceries from the truck. First-time customers are often amazed by what they find.

“I would say hands down that the best part of being on the store is watching people come on for the first time,” El-Scari said. “I love to ask people to guess how many things are on the store. They’ll come up with all types of numbers — but they hardly ever guess right. When they realize it’s over 650, they go, Whoa.”

El-Scari showed me some locally made spices that she uses to season her chicken wings. Nearby, another woman shopped for dinner, making sure to grab some on-sale cookies for dessert. The design of the store allowed the steady stream of customers, many of whom arrived on foot, to flow through the space without it seeming crowded. El-Scari credits this functionality to the women who created it.

“Women just have an eye for organization,” she said. “We have awesome men on our team, but the initial idea of what the store should look and feel like came from people who do more of the grocery shopping for their family, which by and large is women, unfortunately.” 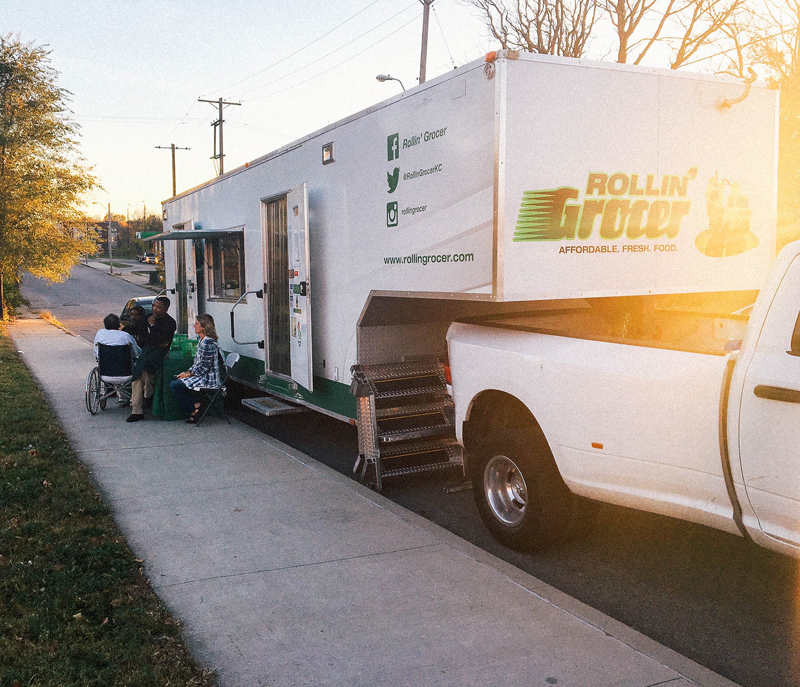 In addition to the broad inventory, another thing that surprises people is how much ground the store can cover with just one truck. Still, El-Scari said a second truck is in the works. She hopes this will allow Rollin’ Grocer to reach even more people in the metro, especially during harsh Midwestern winters.

For now, as the store continues to grow and add new stops, social media is the best way to track it and view its monthly schedule. El-Scari said the team uses Facebook, Twitter and Instagram to reach current customers and make contact with new ones.

“I think our model is really revolutionary,” El-Scari said. “It’s not perfect, but that’s why we do the work we do every day, so we can get better and faster and more efficient and have more offerings for our customers. It’s an awesome adventure.”