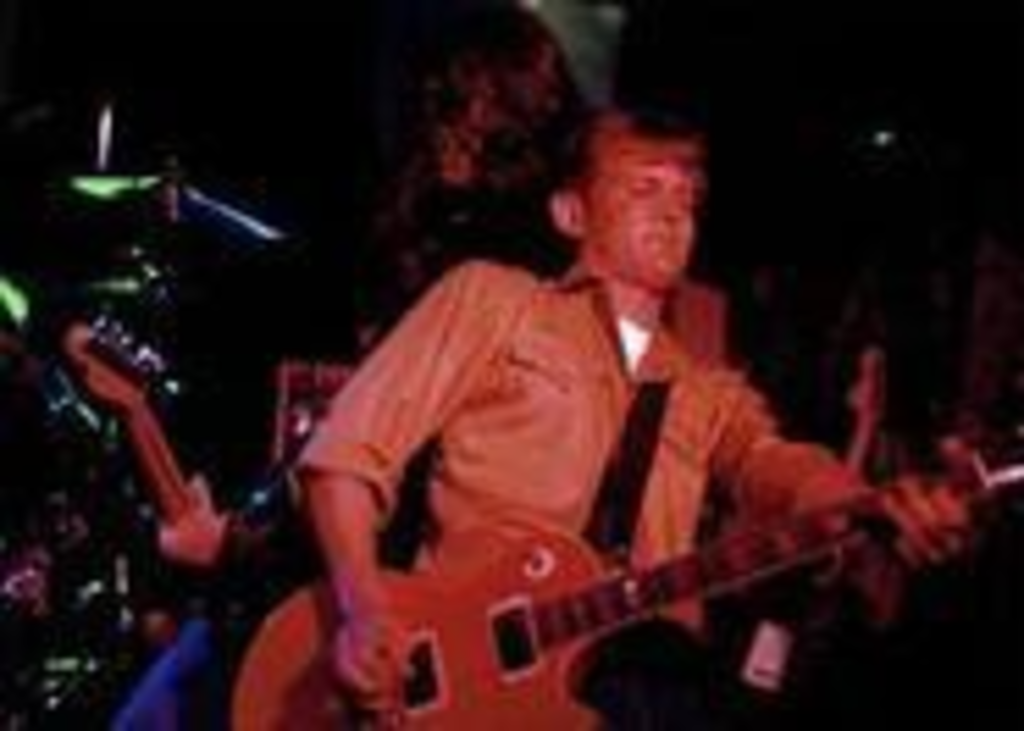 With scheduled headliners Damnation, TX stranded outside of Minneapolis in their broken-down van Tuesday afternoon, the night’s entertainment at Davey’s Uptown became solely dependent upon the openers, Roger Clyne & The Peacemakers. The five-piece group, which includes a former guitarist for the Gin Blossoms and both the frontman and the drummer for the now-defunct Refreshments, was well equipped for the task. Their music combined a twangy yet rocking sound with poppy accessibility reminiscent of the songs written by former Replacements singer Paul Westerberg.

The band started a lengthy, crowd-pleasing set with the title track from its latest CD, Honkey Tonk Union. This upbeat song highlighted the band’s powerful rhythm section, which was well complemented by country guitar licks and Clyne’s poetically sung verses. Afterward, the band played a mellow number about Mexico with fancy guitar work and a heavy backbeat. This soon exploded into a raucous rhythm while the other guitars and bass followed suit, bringing the tune to another level as Clyne passionately evoked the “crazy West Texas moon,” presumably visible from south of the border.

A few songs later, Clyne graciously announced that the band would fill the rest of the night with requests from the audience. The delighted crowd immediately responded with various titles, to which Clyne replied, “Let’s take this three at a time.” After fulfilling the first, “Blue Collar,” Clyne, noticing a professional photographer taking shots from the front row, boasted, “If any of these photos get into the paper, tell your friends we haven’t even started to sweat yet!”

He wasn’t joking. As the crowd went berserk, the band ferociously ripped through numerous requests, including its fiery tormented love song “My Heart Is a U.F.O.” and a fierce cowpunk number called “Horses.” In the middle of a captivating tune about taking tequila shots and getting friendly with the barkeep as she poured one after the other, the band paused for a moment to pass around a bottle. After each member had a nip, the band zoomed back into the melody before launching into an explosive ending.

As their set approached its end, The Peacemakers broke out an unrecorded tune called “Toe Chain.” They also did two Steve Earle covers (both of which were requested) in addition to an absolutely smashing rendition of The Who’s “Baba O’ Riley.” When Clyne tried to announce that the show was over, the exuberant crowd wouldn’t have it. The band gave them a nice encore, closing with “Banditos,” the Refreshments’ big radio hit. Though each person in the audience certainly wished Damnation, TX well in overcoming its vehicular troubles, The Peacemakers, staying true to their name, pacified the fans so thoroughly that the headliners’ absence was barely noticed.