Roe is overturned. Here’s what that means for abortion in Kansas

With the federal ruling, Kansas voters will now decided whether to remove the last barrier protecting abortion rights from the state’s constitution. 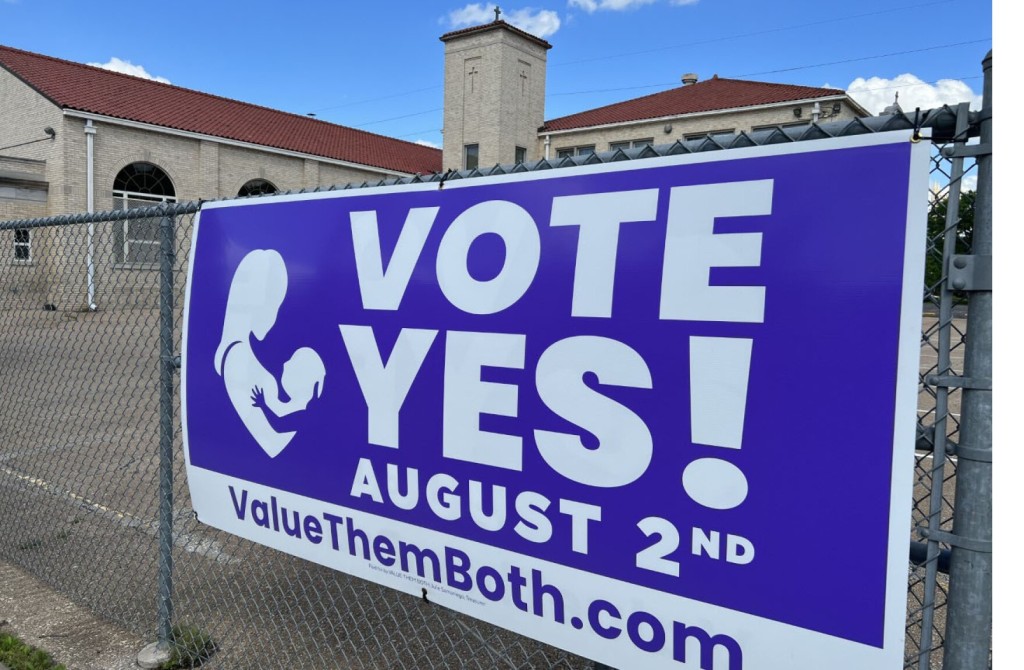 Kansas voters will decide whether to remove the last barrier to abortion rights in the state constitution during the Aug. 2 primary election. // Photo by Dylan Lysen / Kansas News Service

The U.S. Supreme Court on Friday, in a decision overturning the nearly 50-year-old case of Roe v. Wade, ruled that it’s up to each state to determine what, if any, restrictions to impose on abortion access.

That ruling raises the stakes for an upcoming constitutional amendment vote in Kansas.

The high court’s ruling confirms what was expected for weeks after a draft of the decision was leaked showing the 1973 precedent was doomed.

The country is now covered with a state-by-state patchwork of differing abortion laws. Some states could follow the ruling by enacting more restrictive laws — including Kansas. But the Sunflower State will first need to change the Kansas Constitution before it can pursue them.

Kansas voters will decide on Aug. 2 whether to amend the state constitution with a provision that says it doesn’t promise access to abortion. All Kansas voters may cast a ballot on the issue in that primary, regardless of whether they’re affiliated with a party.

Here’s what the U.S. Supreme court ruling means for abortion rights in Kansas: 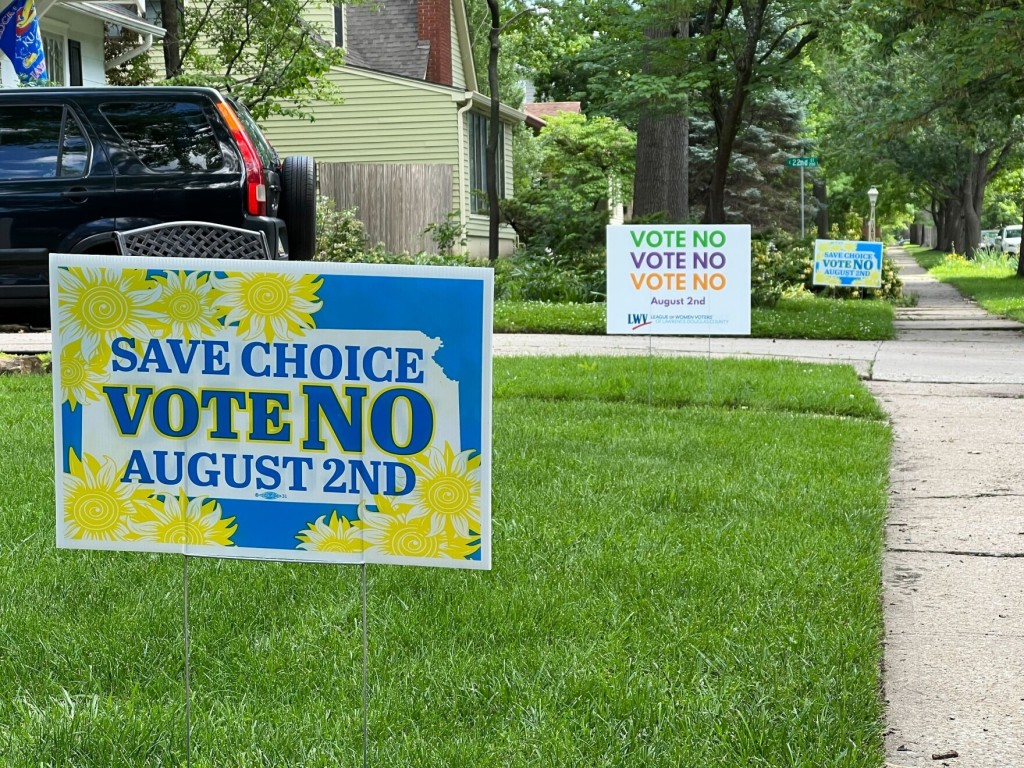 The Supreme Court ruling does not immediately change anything in Kansas, but it raises the stakes for a statewide abortion rights vote in August.

The federal ruling puts even more importance on the upcoming state constitutional amendment vote, setting up all-or-nothing political fight that will determine the future of abortion rights in the state.

The Kansas Supreme Court ruling is now the only shield for abortion rights in the state. If the amendment is approved, those state abortion protections would be scrapped.

The state constitutional amendment itself would not ban abortion in Kansas.

If Kansas voters approve the amendment, abortion will not be banned immediately. Instead, approval could open the floodgates for lawmakers to pass more restrictive abortion laws, likely following the lead of neighboring Republican-led states.

Oklahoma approved a near-total ban on abortion this year, and Texas enacted significant abortion restrictions in 2021.

One bill banning abortion that does not appear to allow exceptions even in cases of rape or incest was introduced in the Kansas Legislature this spring. Lawmakers did not take action on the bill before adjourning for the rest of 2022.

If the constitutional amendment in approved in August, Republicans will likely be ready to introduce bills for new abortion restrictions.

Tighter abortion laws also would likely become a major campaign topic in the fall that Republicans to lean on to help keep their supermajority in the Legislature.

Then, when they return to Topeka in January, those bills could be approved quickly — especially if Republican Derek Schmidt defeats incumbent Democrat Laura Kelly for governor. That would pave the way for bills to sail through the lawmaking process.

Unaffiliated and smaller party voters may cast a ballot on the amendment question during the primary.

Dylan Lysen reports on politics for the Kansas News Service. You can follow him on Twitter @DylanLysen or email him at dlysen (at) kcur (dot) org.