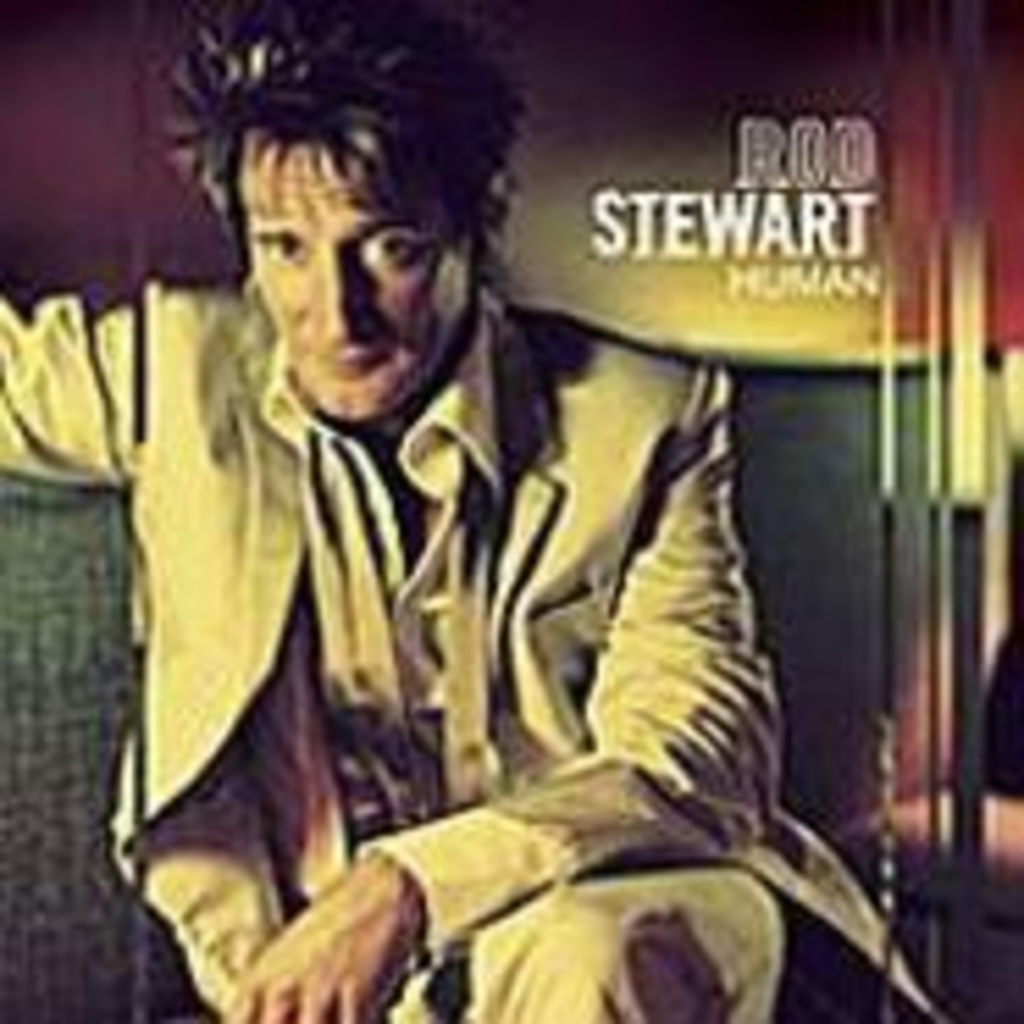 Rod Stewart’s Human bears an ironic title, given that the title cut that leads off the album sounds like the great rock rooster demoing a Christina Aguilera song. Robotic backing beats skitter underfoot while Stewart (whose vocals are produced separately on some songs) mechanically rattles off his lines. It would be surprising if he memorized enough of the shallow lyrics provided by an assembly line of songwriters-for-hire to take these songs on tour. As on 1995’s A Spanner in the Works (an equally unfocused but surprisingly satisfying disc), Stewart parodies himself by including such ludicrous song titles as “Soul on Soul” (on Spanner it was “Muddy, Sam and Otis”), as though the inclusion of the S-word might lend some credibility. But the soul-free Human has a lot more in common with Martha Stewart than the Rod of old; this Stewart sounded more convincing on ’80s dreck such as “Some Guys Have All the Luck.”

Somewhere, there are real instruments on Human. Mark Knopfler is credited with a guitar solo on “If I Had You” that’s more processed than Tang, and the string sections are purportedly real. Once, Stewart’s voice counted as an instrument, full, smug and smoggy. But for this boring exercise, the singer barely seems in the foreground. Throat and marital problems apparently gave Stewart no impetus to redefine himself or rediscover his craft. It makes you wonder what he would have to suffer to emerge from his long artistic trough. Eric Clapton, dealt numerous blows and dealing in blow numerous times in his long career, at least has the genuine heartbreak of “Tears in Heaven” on his resume to help balance a streak of clink-clanking computer-augmented discs. Stewart, on the other hand, uses bathos like a blow-dryer, combing each maudlin notion through his still-wiry Odo. His hair contains a lot more protein than these uniformly awful songs.

The closest thing to a good idea Stewart hits on Human is a cover of the Mavericks’ “To Be With You” that apes the original’s baritone guitar part and adds Atlantic City backing vocals at which Tom Jones would scoff. Stewart almost sounds committed to the song, but he can’t bring himself to sing like someone addressing a real, well, human.