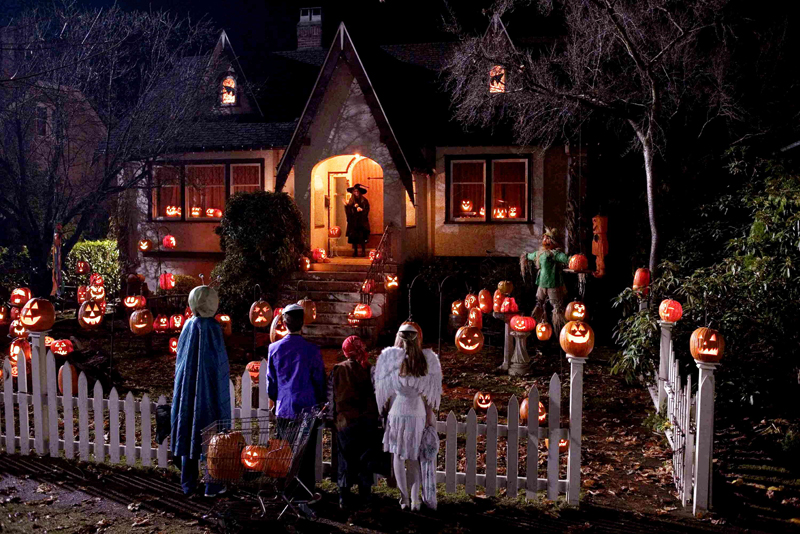 With a bit of a mind flip, you’re into a time slip.

It says a lot about where we are right now that a 40-year-old, R-rated fringe-camp classic about sexual freedom is now a much-hyped prime-time network-TV special starring a transgender actress (Laverne Cox from Orange Is the New Black). Technically, tonight’s Fox event is less a “straight” adaptation of the 1975 movie version of The Rocky Horror Picture Show than it is an amalgamation of the film, the original 1973 stage production, and the communal audience participation that developed at countless midnight showings over the ensuing decades. God bless America!

To celebrate the 30th anniversary of the scariest low-budget movie ever made (yes, scarier than The Texas Chainsaw Massacre and The Blair Witch Project), Screenland Armour is showing a newly remastered 4K version of Henry: Portrait of a Serial Killer tonight. Starring Michael Rooker as a low-life murderer (based loosely on Henry Lee Lucas), this movie is obviously not a documentary. But because of the low-key acting and the realistic tone, it sure feels like one — a first-person account of a man without reason or soul becoming a killer, told as matter-of-factly as any PBS show. That’s what makes it freshly horrifying today.

As a teenager, I sneaked into a showing of the R-rated heavy-metal horror flick Trick or Treat at Oak Park Mall, and it blew my mind. I related to the metal loner (Marc Price — Skippy on Family Ties!) who played his records backward, and I got off seeing fictional rock star and Satan worshipper Sammi Curr (Tony Fields) wreak havoc on nonbelievers and the religious right. Thirty years later, the movie holds up as a singular time capsule and a camp classic, with flashes of honest-to-God alienation and righteous youthful rebellion. That’s why I’m hosting a rare 35mm screening of it at Alamo Drafthouse at 10:30 tonight. Join us, rock warriors of the apocalypse!

The Walking Dead is back, and you’ll find out tonight who gets killed, following a particularly distasteful cliffhanger from last season. I’m still pissed about it, but I’ll be watching along with everybody else. Stay up later to watch the premiere of a new show, produced by Stephen Merchant and John Krasinski, on Cartoon Network’s Adult Swim. Dream Corp LLC, part rotoscoped animation and part live-action, imagines what dream therapy would be like if your therapist actually entered the dream with you. Merchant, Mary Lynn Rajskub and Jon Ries co-star.

The name Amanda Knox is loaded with all kinds of preconceived notions and snap judgments, depending on what reports you saw during her sensationalized Italian murder trial(s). The superb Netflix documentary Amanda Knox brings clarity to her bizarro story with new footage and interviews with Knox and all the other major players. It’s a classic “truth is stranger than fiction” narrative, and it slyly asks a lot of serious questions about police procedure and the responsibility of the media. (“Journalist” Nick Pisa comes across as a gleefully ignorant slimeball.)

Sourced from a new 4K master, the 15th-anniversary Blu-ray of Ang Lee’s Crouching Tiger, Hidden Dragon is out now. Get it: Peter Pau’s Oscar-winning cinematography looks better than ever, and the disc features six never-before-seen deleted scenes and two new making-of featurettes. A landmark combination of sweeping romance, martial-arts action and surprising melancholy, it still holds the record for the highest-grossing foreign-language film in America — which makes it the perfect film to show your friend who doesn’t like reading subtitles.

Return to the early 1990s and relive big guitars and bigger hooks in Oasis: Supersonic, a new documentary that focuses on the five-year rocket ride of the era’s biggest not-Nirvana band. It’s frustrating that there’s zero talk of creative inspiration in the movie, but the unlikely rise of Manchester, England’s dueling Noel and Liam Gallagher, and their reign at the top of the charts, is chronicled with great energy, using only vintage footage. This strategy is the M.O. of executive producer Asif Kapadia (Amy), and here it’s transportive. The movie screens tonight only at Alamo Drafthouse.