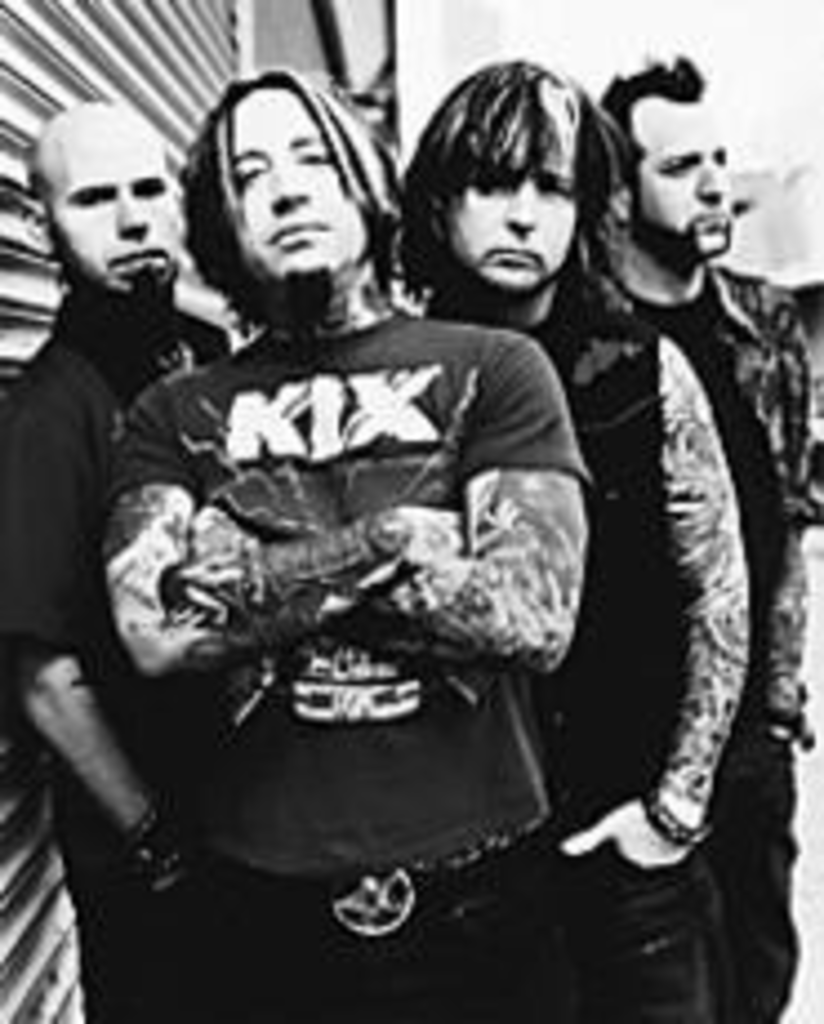 Kansas City has no better site for cock rock than Liberty Memorial, easily the city’s most phallic architectural shaft. With 15 headbanging bands sharing two stages, there’s no confusing Rockfest with the hacky-sackers over at Wakarusa the same weekend. Now that Creed has broken up, one has to wonder what fate will befall the other baritone clones out there, including the band KC loves to hate, Puddle of Mudd. Given the relatively dismal sales of POM’s tepid sophomore effort and frontman Wes Scantlin’s doofus rock-star behavior of late, the band’s days might be numbered. But for old nü-metallers like Fuel, Saliva (see page 56), and Drowning Pool (pictured), the song remains the same. Perhaps they should talk career longevity with the members of Tesla, ’80s survivors who’ve managed to keep their heads down and buck the shifting tides of public interest by rocking hard and ignoring the haters.