Rock Stars on the Record: Rock stars reveal the tracks that built them 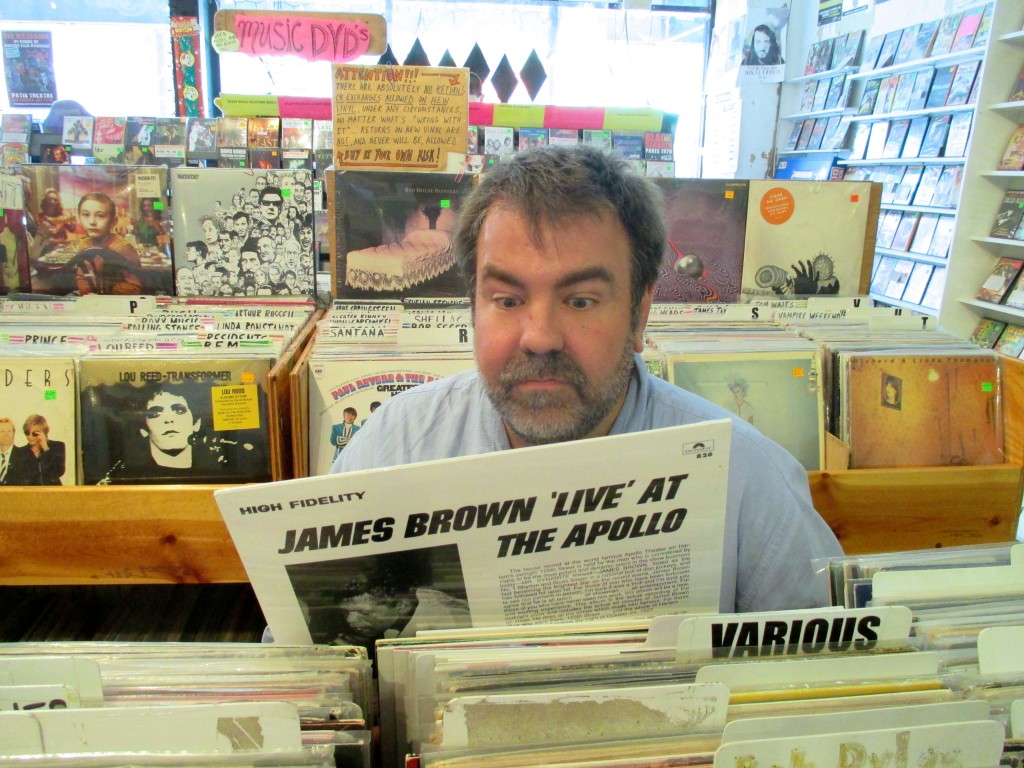 Author Eric Spitznagel’s new book, Rock Stars on the Record: The Albums That Changed Their Lives—released last month by Diversion Books—continues the writer’s exploration of how just one album or song can change the course of someone’s entire life. 2016’s Old Records Never Die: One Man’s Quest for His Vinyl and His Past saw Spitznagel tracking down the original vinyl copies of albums he’d long-ago sold off, in an effort to find “the specific records I’d given up with the scratches I remembered and my first girlfriend’s phone number written on the sleeve.”

As he says when we spoke by phone ahead of his new book’s release, Old Records Never Die really got Spitznagel thinking about how “those grooves are our memories and who we became and it just started me on this weird journey,” which is now continued in Rock Stars on the Record, thanks to the author’s editor at Men’s Health, Mark Weinstein, who went on to acquire the book while he was an editor at Diversion Books.

“He came up with the idea,” says Spitznagel. “He’s like, ‘The way that you talk about music—I’m sure everyone has those stories. Everyone has an origin story of the record that first mattered to them, that first busted open their skull and made them think about music in a different way.” 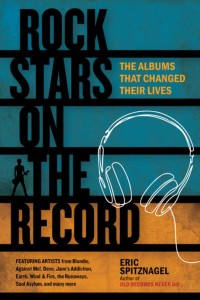 It’s true: reading through Rock Stars on the Record, the reader discovers all kinds of surprising influences, along with the expected. The fact that Fishbone’s Angelo Moore picked Bad Brains’ The Yellow Tape, Cherie Curie of the Runaways selected both David Bowie and Suzi Quatro, or that Don McLean’s choice was The Buddy Holly Story all seems a little on-the-nose. However, it’s those choices that make the really left-field selections, like Ian Mackaye talking about the soundtrack to Woodstock and being into Ted Nugent all the more eye-popping.

“It makes it more perfect for me, somehow,” explains Spitznagel. “Just the idea of Chris Stein of Blondie really being into West Side Story and Lawrence of Arabia—it’s just it’s not what you imagine. We have these constructs of, ‘If you are a punk rocker, you must have started out in punk rock,’ and then to have Ian Mackaye of Fugazi be like, ‘I was really into Woodstock. Ted Nugent was the guy for me?’ That just blows my brain up. I can’t fathom that.”

As the author continues on, he says that we all come from musical beginnings which don’t always reflect who we are in adulthood. As he points out, his first musical love was Billy Joel before finding his way to the Replacements and Pixies as he got older: “It was the thing I tried to hide the most—like, ‘I don’t want to talk about it’—but as I get older it’s like, ‘Yes! Oh, the beautiful-fucking-ness of Billy Joel!’ You get more accepting of who you were musically back in that time.”

In addition to being surprised by the musicians with whom he spoke, who ranged from Pom Pom Squad’s 21-year-old Mia Berrin all the way up to the 78-year-old bubblegum pop singer Tommy Roe, Spitznagel also made some musical discoveries of his own along the way. He points to Against Me! frontwoman Laura Jane Grace and her selection of Crass’s The Feeding of the 5000 as having a major impact.

“I never heard of them before,” admits the author of his knowledge of the anarchist punk collective. “I had no clue what Crass was all about. Since that conversation, I had to track it down and just live with it for a couple days, and it’s fucking good. The way she tells me how, just hearing that that cassette again, reminds her of the taste of cigarettes in the Florida mall? I swear: when I listen to that, I can taste cigarettes, too.” 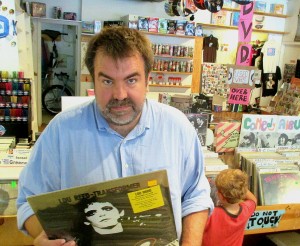 Additionally, speaking with Earth, Wind & Fire bassist Verdine White’s—and knowing that the musician’s bandmate and older brother, Maurice, had played on many iconic recordings for Chicago’s Chess Records—saw Spitznagel going back and listening with a closer ear to Muddy Waters and Jackie Wilson, while Superchunk’s Laura Balance wanted to talk about Adam and the Ants, which led to the author discovering that the ‘80s artist was “a lot cooler” than one might expect from “Goody Two-Shoes.”

Ultimately, though, for all its discussion of records and music, Rock Stars on the Record ends up being about one’s own personal identity, which Spitznagel sees as being the crux of the book, especially as it relates to these musicians and the relationship they have to their family.

“How do you really find your own identity when your father or a parent is the man?” Spitznagel posits as we wrap up, saying that his favorite part of any interview is how the subject’s parents either helped them or tried to stop them. “The way family ties into all of this was really, really fascinating to me. One of my favorite interviews was with Patterson Hood because his dad [David] was the bassist in the Muscle Shoals Rhythm Section. You’re the son of rock royalty: how can you even look at a record? ‘Oh, this is cool. Oh, dad played bass on it? Fuck!’ You can’t rebel if your dad played on everything cool, so it was him getting drawn into punk rock because his dad—a music legend—was like, ‘That’s terrible: they can’t even fucking play!’ ‘Perfect! Yes, I found it!’”

Rock Stars on the Record: The Albums That Changed Their Lives