This is the one and only time I will ever suggest you go out and spend $40 on a book. However, George Marshall‘s definitive history of the Two Tone ska label, the Two Tone Story, is one of those books that’s essential to any music library.

If you want to be able to understand the UK punk scene, you have to understand that when the shows at the Roxy in London first started, there were no punk singles to play before and in between bands. So, when Don Letts would spin records, he’d play a lot of Jamaican ska and reggae. That means that right from the start, punk and reggae were intertwined.

While the Clash mixed reggae and punk on tunes like “(White Man) In Hammersmith Palais” and “Rudie Can’t Fail,” no bands would ever so effortlessly fuse ska and punk as well as the bands on Two Tone. The bands on the label released a series of singles that to this very day can get folks up and dancing: the Specials’ “Little Bitch.” The Selector’s “On My Radio.” The Bodysnatchers’ “Easy Life.” Madness’ “The Prince.”

I could go on and on, but Two Tone was this bright little flame that made ska that was at once a tribute to the music of the ’60s (with every band on the first Two Tone tour covering Prince Buster’s “Madness” every single night), as well as addressing the politics of the Thatcher era in ways that were plain-spoken:

Too Much Too Young was as socially aware as any record that has topped the charts. It hit out at all the unwanted teenage pregnancies and in that sense was pro-abortion and pro-contraception.

The label sadly only lasted about five years. The first release, the Specials’ “Gangsters” hit in 1979, and the last relevant release was the Special A.K.A.’s In the Studio in 1984, although most of the records which meant much of anything were released between 1979 and 1981. 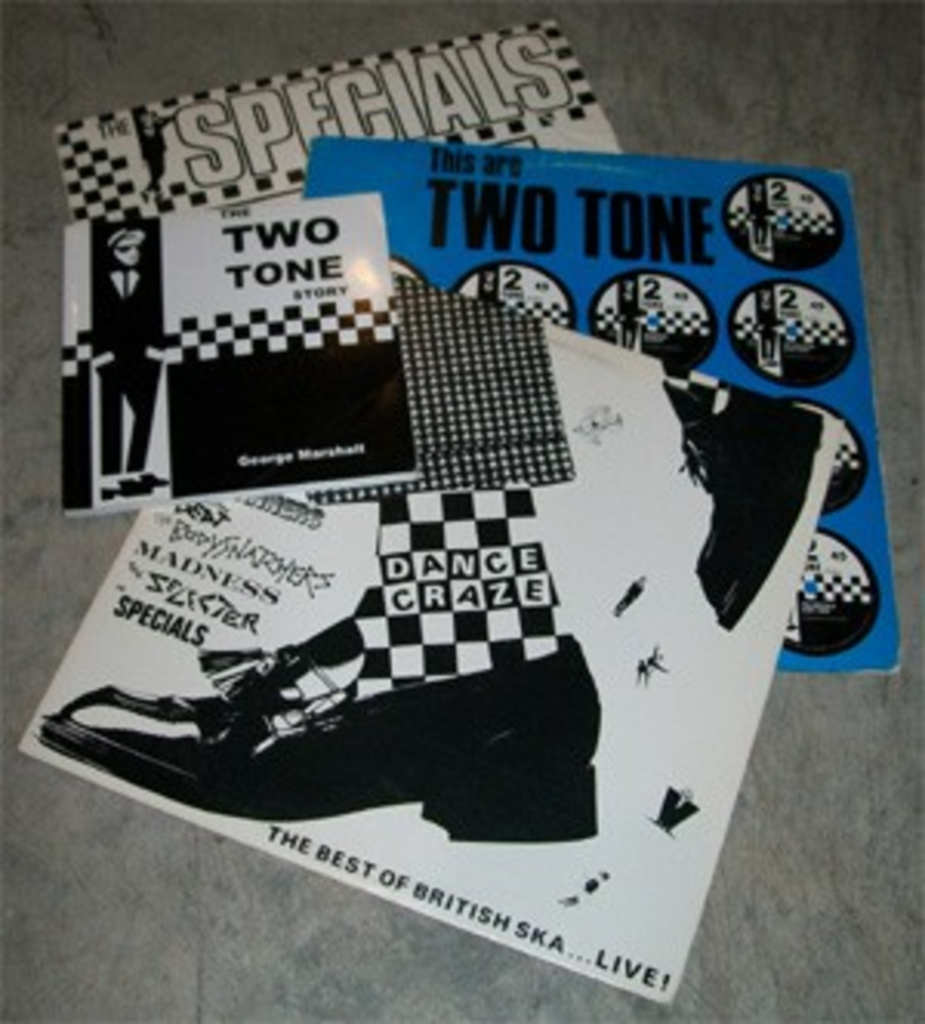 Marshall’s book takes the reader from the days of the Coventry Automatics in 1977 all the way up to the release of The Compact Two Tone Story four disc CD set in 1993. It’s got all the infighting, politics, and assorted other esoterica one would expect from a niche label history. The Two Tone Story is even more relevant today, considering the Specials have reformed (still lacking Jerry Dammers, however) and are playing a few select U.S. dates prior to their appearance at Coachella.

It’ll cost you an arm and a leg to buy George Marshall’s book, and even though the idea of spending $40 for a book the size of two seven inches stacked on top of one another might seem a tad exorbitant, you get the most complete history, discography, and collection of rare pictures any fan of ’80s music could ever hope for.